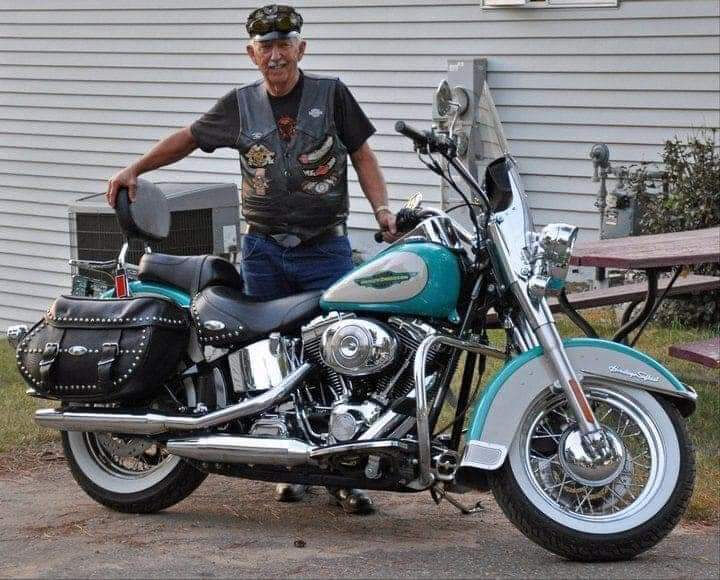 Lyle Eugene Atkinson, 83, of Hertel passed away on August 24, 2020, at Sacred Heart Hospital surrounded by his family. He was born on March 5, 1937, in Dewey Township to Cyrus and Marjorie (Walker) Atkinson. He attended Shell Lake schools.

Lyle worked for the Shell Lake Boat Factory for many years and also worked for Bassett Stellrecht Construction. He later worked at Johnson Truck Bodies in Rice Lake, where he retired.

Lyle enjoyed his retirement with his kids, family, and friends. Lyle bought a Harley and loved riding often with his friends. When he wasn’t riding, he was polishing his bike or taking pride in his golf course-type lawn. Lyle also enjoyed ice fishing and agate hunting.

Lyle was preceded in death by his loving wife, Elaine; his parents; seven brothers; and one sister.

A graveside service will be held at noon on Saturday, Aug. 30, at Lakeview Cemetery – Hertel with Pastor John Sahlstrom officiating. Visitation will be from 11 a.m. to noon. Pallbearers will be Daniel, Tory, Tanner, Jake, Jaxon, and Curtis. A celebration of life will be held at a later date.

Skinner Funeral Home of Shell Lake is serving the family.

To plant a tree in memory of Lyle Atkinson as a living tribute, please visit Tribute Store.

Should confirmation hearings to replace the late Supreme Court Justice Ruth Bader Ginsburg be held yet this year?