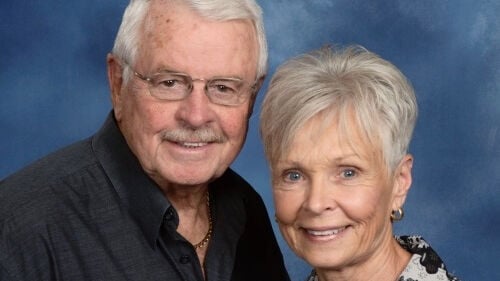 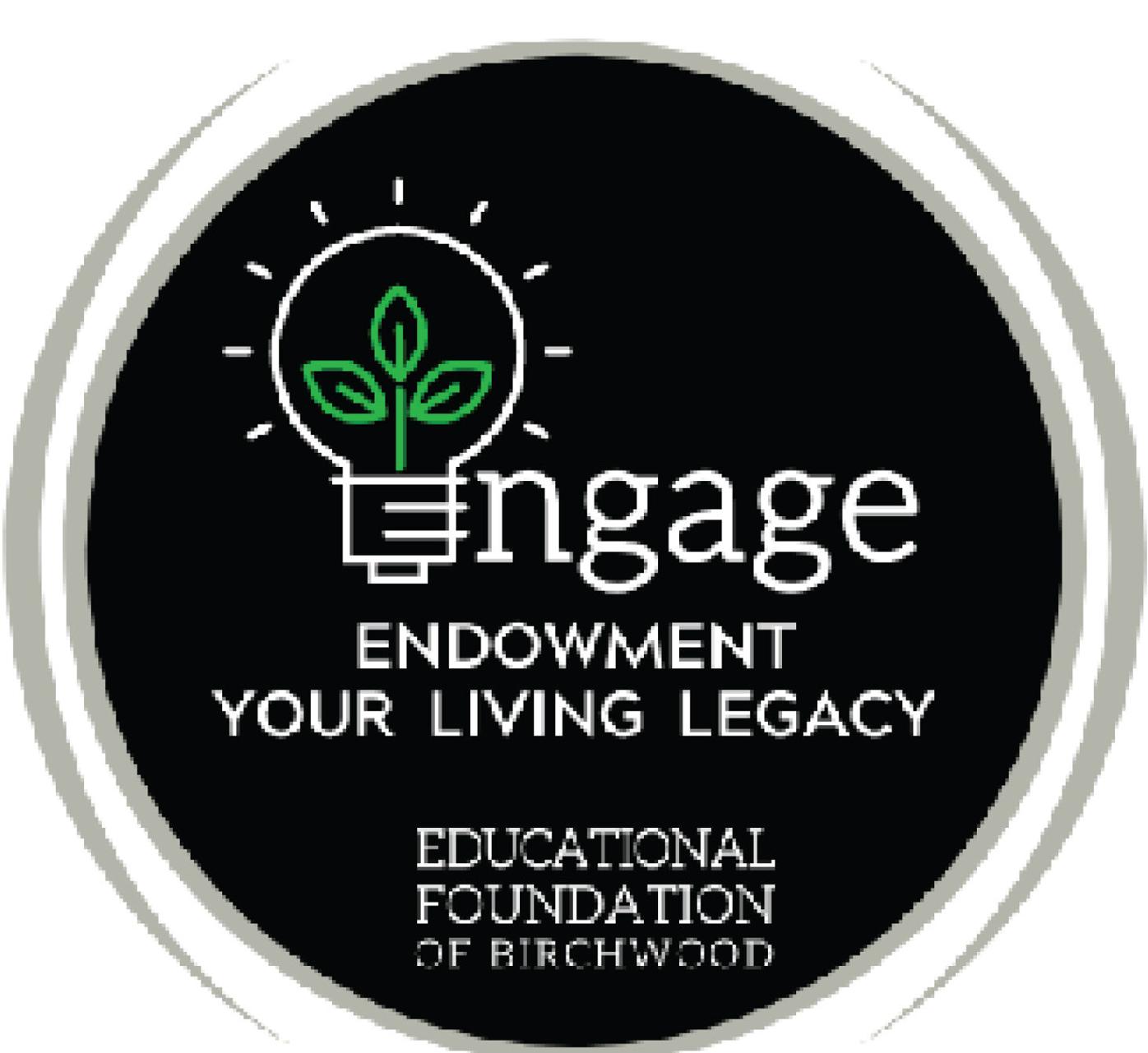 BIRCHWOOD– “What will your legacy be?”

When the Educational Foundation of Birchwood asked that question in a fundraising mailing late in 2018, it caught the heart and enterprising spirit of Dave and Carolyn Cleveland.

To help the education foundation get on its way to a solid financial footing into perpetuity as it continues to fund innovative projects, experiences, and programs at Birchwood School that are beyond the district’s budget, the town of Madge couple offered to match, up to $500,000, whatever the foundation raised for an endowment over three years, beginning in April 2019.

The foundation not only raised enough donations to meet the match, it was done in half the time, just 1 1/2 years. The $1 million total is a start on the foundation’s ultimate goal of a $5 million endowment.

“Over the years we have enjoyed supporting education and are pleased with the opportunity to assist the Educational Foundation of Birchwood in their goal of building a $5,000,000 commitment,” the Clevelands said. “We join with the foundation in their ‘firm belief that no child should be denied a first-rate education just because they have a Birchwood address.’”

An endowment, at 5% growth on the $1 million, would net the foundation approximately $50,000 in interest each year to fund projects at the school. The foundation already has awarded more than $750,000 for programs at the school since the foundation was founded in 2002. Most of the years the foundation awards $35,000 to $40,000 a year, while some individual projects, such as the fabrication lab (Fab Lab), came in at $200,000 over a period of time.

The pandemic has strengthened the foundation’s resolve to help build a solid endowment where the interest would be used to help fund the annual grant requests from Birchwood staff and students. COVID-19 has meant cancelling the foundation’s annual fundraisers, even as costs of the school’s activities, programs, and plans continue to rise.

When foundation board members and the Clevelands got together after the mailing that piqued the Clevelands’ interest, they talked about the curriculum, the district’s characteristics, and the district’s heavy reliance on the levy since the overall high property values in the district cancel out any state aid for education, despite 56% of the enrollment being close enough to poverty to qualify for free and reduced-cost lunches.

The Clevelands saw the potential their pledge could make in the long-term aspirations of the foundation and school in helping students prepare for future lives in Birchwood and beyond.

“It doesn’t surprise me knowing the Clevelands like we’ve come to know them, all of the work that they’ve done with entrepreneurs,” said foundation president Fos Soper. “In the Twin Cities, that was Dave’s life, funding entrepreneurs and establishing [bank] loans for people that wanted to start a business.”

The Clevelands knew the challenge match would be a way to inspire the foundation and donors. And inspire it did.

As the foundation has said throughout its fundraising, “Every child deserves a high-quality education regardless of where they live, their circumstances, or their own unique learning style.”

The board took on getting that message out.

“Everybody worked on it, it was their own personal relationships with people in the community and outside of it, that just value education, love helping kids,” said board member Amy Okey.

Soper said the board is a diverse group with a variety of skills and talents. Each had their own network of family and friends they could contact.

Talking with people, making personal contacts, and sending out postcard and letter mailings helped spur the forward momentum, along with an animated Facebook page that used the theme of a road and a journey to keep a count of the donations coming in to support the school’s programs that will help shape the students’ futures.

“It was really heartwarming just to see the total climb like it did,” Soper said.

Some key junctures along the way super-charged the fundraising, including the annual “Kentucky Derby” event in May and golf outing in September 2019.

Just before the foundation’s golf outing, an anonymous donor pledged to match up to $100,000 raised through the end of the year. That created a double doubling potential: the generous $100,000 could became $200,000, and then that would be doubled by the Cleveland match.

“When do you get an opportunity to make a charitable donation and see your money quadrupled in your own area, and you can see the results of it?” Okey said.

Donors met that goal and more. By the end of the 2019, $350,725 in donations and pledges were on the books toward the half-million goal.

Another huge milestone was a $100,000 donation from Pat Cleveland, Dave and Carolyn’s daughter-in-law, a gift made in honor of their son and her late husband, Brad, who passed away in 2016. He was just 56 when brain cancer took his life.

Pat and Brad lived in the Twin Cities area but had a home on Red Cedar and absolutely loved coming to the area through the years.

With the donation, “She wanted to make that connection to the Birchwood school for her husband,” Soper said.

“They’re so fond of Birchwood,” he added.

It was contagious, she said. People kept asking how close the foundation was to meeting the match.

“It’s really important to note that there are so many people who maybe don’t have a lot that still really support the school anad our foundation,” Okey said.

She recalled a Birchwood Blue Hills Charter School student who set up a jar for donations at presentation night at the school and the student was thrilled when $64 was collected and it would be quadrupled.

People “have they have a really deep down passionate concern for the school in Birchwood, and they know what it means to the community and vice versa,” Soper said. “Obviously community means so much to the school. So it’s really a great relationship that Birchwood area and the surrounding area have – Rice Lake, Hayward, Spooner, it isn’t just Birchwood. And that’s what’s so interesting. We have people that are here, even short term, and some people that aren’t here at all that heard about it through friends or relatives that are here, and they would write checks. School to a lot of people is really an integral part of community and pretty important for these kids.”

Even so, the foundation board drew back on its fundraising efforts early this year as businesses and activities began to shut down due to the pandemic.

“We realized that people donating to our match was not a high priority,” Soper said. The foundation sent out thank yous and encouraging notes to its sponsors.

They also canceled the annual derby and golf outing this year, in part to spare the businesses from being asked about sponsoring them as they had in the past.

The loss of those fundraisers drilled home the value of an endowment to provide stable funding, though before the pandemic the foundation was more worried about the outing being rained out – certainly not canceled because of a pandemic.

“Here’s a really good reason that we should make sure that those funds stay available for students no matter what the situation in the environment or the community, so that we could still do this,” Okey said, “and that’s why when we talk about our goals from the very beginning, obviously our short-term goal was to meet this match, hit that million-dollar mark, but our ultimate goal is the $5 million, that’s where we really want to be.”

The pandemic also highlighted another trend that the foundation was looking ahead at: The need to fund technology updates and upgrades, plus provide training for teachers to better use it for distance learning.

Over the next five years the foundation already has a time line to potentially fund the Fab Lab, technology, music and art (which are often cut in rural areas when budgets get tight), robotics, aquaponics, and a business academy.

The academy, for instance, would start in 2023 with interested students becoming familiar with the primary components of business management, such as human resources, marketing, operations, finance, accounting, and information and technology – all as a step to employment opportunities.

“Those are all things that with the growth of the endowment fund and the earnings off of it, some of those things could be a reality,” Okey said.

Everyone is aware that the staff and students have a role to play in each program as well, that it is not simply a matter of the foundation writing a check, she said. Other funding such as grants for DonorsChoose.com supplement financing some of the projects, what Okey called a “real combination of support.”

The foundation sees as part of that support the passage of the recent referendum so the district would not have to divert money from the students’ and teachers’ needs to do needed major repairs such as the parking lot and sidewalks.

The $5 million endowment could counter another trend: It seems every year governmental funding for the school decreases.

“Our thinking is we need to be helping the school board to provide those things that will allow students to compete with any school around so that when they graduate, and if they choose to go on to careers, they’ll be as ready as a student from any school,” Soper said.

The foundation members expect that to become more expensive as time goes on, further strengthening the need for the additional, stable endowment fund for increased grant spending, in addition to continued searches for other revenue streams.

“Right now, the need for this school that we could help provide is $250,000 a year to continue the programs that we’re doing, and to help support the initial initiation of the new programs that they’ll need to institute in the next few years,” Soper said. That boils down to simple math, he said: $250,000 would be the 5% interest on a $5 million endowment.

He praises the founders and those who have helped the foundation do its work over the years.

“Thank goodness for them to have the vision to start this off,” he said. “And look what it’s become. I doubt that they had any idea that it could grow to this, because we three years ago had no idea it would grow to this. And we realize that even where we’re at now, this is not the guarantee for perpetuity that we really want to achieve. And that’s why we have a lot of work to do.”

He added, “It’s just all about the kids. It really is. It’s what drives us to want to help.”

Do you support the Black Lives Matter movement?