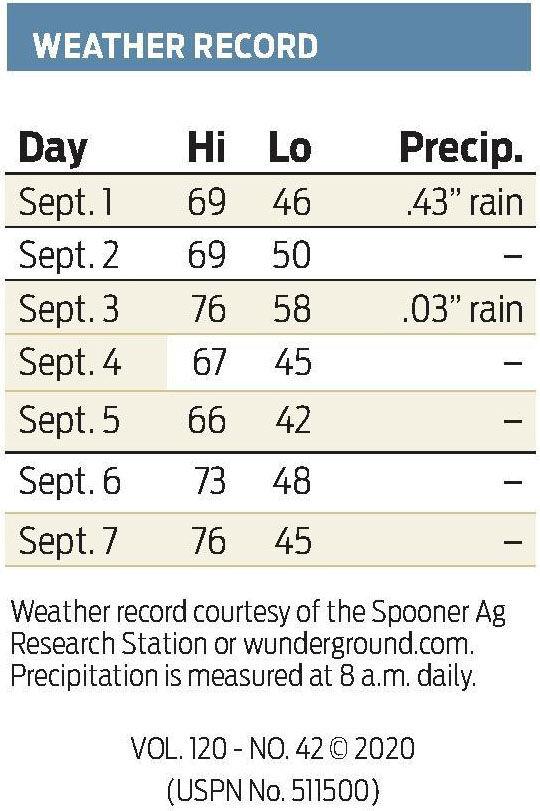 Stone Lake shoreowners are worried about their property now that the lake has risen from its low range (top) to the highest many of them have seen (below).

The 490-acre lake that gives the community of Stone Lake its name has risen to the point this year where it's causing damage to shorelines and to some homes, and is giving shoreowners anxiety.

Statistics kept by the Shore Owners of Stone Lake Association (SOSLA) show that the lake this year is almost 5 feet higher than its 20-year low point in 2012-13. The water body, 49 feet deep at its maximum, is a "seepage lake" with no surface water outlet.

One of the most visible signs of the upward trend is the swimming beach near Avery Pond, on Lake Road about one-half mile north of Hwy. 70. It has been used by local residents for many years.

But this year there is no beach, only a slim rocky shoreline that is almost entirely covered by water. The nearby culvert that runs beneath the road and connects the Avert Pond to the lake is almost full.

"There's a consensus here on Stone Lake that the water's as high as it has ever been and maybe a little higher," said Cathie Erickson, an SOSLA board member. "There's a large rock near the bridge between Stone Lake and Avery Pond that locals use as a 'measuring' tool.

"Many shoreowners are concerned about erosion along the shoreline caused by the combination of high water and wave action, as there has been a noticeable increase in boat traffic this summer," Erickson said. "Our lake association's approach to dealing with this so far has been increased communications about the impact of waves on shorelines, and we plan to offer a written document that property owners can share with their renters and guests.

"Ice damage to properties over the past winter was also severe due to the high water," Erickson added. "Most of our residents have witnessed the cycles of high and low water levels and hope that the water will again go down naturally, but that will take several years.

"A few properties have had more significant impacts such as flooded basements, but to the best of my knowledge they're dealing with those situations individually," Erickson said.

Allan Rosenwald, who owns a shoreline residence on the south end of the lake, said,

"Our shoreline has eroded, no question about it. Certainly it (the water) is the highest I've ever seen in the 25 years we've owned our home here. Other people who've lived here a lot longer said they've never seen anything higher.

"Not all that long ago, the lake was so low that people were extending their docks," he said. "That's Mother Nature. Several years ago the shoreowners paid to dredge the channel between Little and Big Stone Lakes because you couldn't (navigate) it. There's sure not a problem now."

SOSLA President John Ryan said, "There have been no independent studies of the lake water elevations. However, we have been monitoring the lake level for approximately 20 years, which shows a long-term cycle of high and low levels over the period."

By September 4, the lake level had reached almost 6 inches higher than the last high water mark in 2002 but since then has receded slightly, he said.

"There is no inlet or outlet to the lake, other than a small inflow stream in the spring," Ryan said. "Stone Lake is fed by precipitation and springs in the lakebed. These springs are fed by aquifers under the ground. The aquifers have filled up.

"With additional rainfall and snow from recent years, the ground has become more saturated and caused more runoff into surrounding ponds and lakes. Trees and vegetation absorb much of the precipitation in drier years.

"There have been several homes and garages on the lake that have experienced some damage. If the water continues to rise, some homeowners say they will face major consequences to their property.

"A big issue that many shoreowners face is the erosion of their lakeshore. Numerous trees are dying, and some are falling into the lake, because of root saturation along the lakeshore," Ryan said.

"We have reached out to the DNR for input," he said. "As for an option to drain a portion of the lake, it would be extremely costly, require an engineering study, and could take years. A big issue would be where any excess water could even be drained.

"The Lakeshore Owners Association has spent a lot of time discussing ways that we can minimize lakeshore damage. The most effective means is to keep boat and other watercraft speeds down, and away from the shoreline.

"However, DNR regulations alone are not sufficient to reduce shoreline erosion under our current circumstances, so the Shore Owners Association is encouraging boaters to limit all wake generating activities, such as tubing, water skiing and jet skiing, to the center of the lake," Ryan said.

Labor Day Weekend kicked off with a beautiful Saturday morning for the Spooner Farmers Market. Among the vendors selling on Saturday was Sonny Cassel of Shell Lake. His "Sonny's Honey" was a sweet locally produced treat sure to make a stack of pancakes even tastier on a chilly September morning.

Solar facility will provide power for city
BY SHAUN ANDERSON
09.10.20

SPOONER– Spooner City Council at its September 1 monthly meeting approved proceeding with a 30-year Solar and Wholesale Power Contract with AEP OnSite Partners who will build, own, and operate a solar facility on the city's property north of the highway shop, otherwise known as the triangle.

City Administrator Bill Marx said the company will develop about 14 acres of solar field which will supply approximately 14% of the city's energy, and he explained the importance of that saving the city considerable dollars on capacity purchases in the future by preventing the city having to go to the market to buy.

The solar will provide about 24% of annual capacity needs.

Also the current Wisconsin Renewable Portfolio Standard (RPS) requires Spooner to acquire about 12.6% of its energy from a renewable resource. Right now Spooner gets about 12% to 14% of its energy from its wind energy project which is scheduled to be retired in 2034.

With surrounding states currently having much higher RPS goals of 25% to 35% by 2025, Wisconsins RPS standards could soon increase to 25% green energy.

Marx said that the city has been working with AEP for a couple of years but struggling with a "termination payment" part of the contract if Spooner should want to opt out. Marx said now the contract gives the city the right to buy the facility if wanting out of the contract.

The project is expected to break ground this fall and be operating by June next year.

Ojibway Road (if the township of Spooner agrees to pay their share) or $5,770 if just Orchard Lane is done. Marx explained the seal coat as a new product which will also be used on the hospital parking lot this fall.

• Council approved loaning Friends of the Railroad Park (FORP) up to $2,500 for benches, which FORRP will repay later from funding donations received.

• Marx along with Spooner Police Chief Jerry Christman informed council and the public that due to traffic studies done and being conducted by the Washburn County Traffic Safety Committee and the Wisconsin Department of Transportation, the 25 mph speed limits zones and signs have been moved on Hwy. 63 north of town to north of the fire hall driveway and will also most likely be moved on Hwy. 70 east from Front Street east to Northwestern Drive.

• Mayor Gary Cuskey reported that the local National Guard unit deployed to the Middle East reported no injuries, with high morale, and they are engaged in the preliminary work of soon coming home, probably in October.

Efforts are underway throughout the region to raise awareness about resources for job seekers – and the businesses that need them, including an event in Spooner.

"With the uncertainty surrounding the current economic climate because of COVID-19 and with individuals impacted across our communities by unemployment and business closures, it is more important than ever to bring attention to the workforce development partners and programs who are here to help both job seekers and businesses," said Mari Kay-Nabozny, CEO of the Northwest Wisconsin Workforce Investment Board (NWWIB). "We remain committed to developing a thriving workforce and strong economy in northwest Wisconsin."

In Wisconsin, September is Workforce Development Month. Throughout the month, the NWWIB will host several events to bring awareness to the resources available to assist both businesses and job seekers during these unprecedented times.

Two free resources available now are the Workforce Waves podcast episodes for this month that examine how employers support the mental health of employees during a pandemic and the unexpected economic silver linings that have occurred in the midst of COVID-19.

tions in Northwest Wisconsin. It will be at the Northwest Regional Planning Commission in Spooner on Wednesday, Sept. 23, from 2 to 4 p.m. The following day, on Thursday, Sept. 24, it will be at Lakewoods Resort in Cable from 10:30 a.m. to 12:30 p.m.

The Mobile Job Center, also known as the Mobile Career Lab, delivers workforce resources and services to individuals and businesses throughout Wisconsin. The Mobile Career Lab assists those who may have challenges accessing workforce services, employers who have a training or hiring need, and partners who could use additional resources. Community members, businesses, and other interested parties are invited to visit the Career Lab. Staff will be there to provide tours, assist job seekers, and answer questions about workforce programs.

A Drive Thru Job Fair will take place on Thursday, Sept. 17, from noon to 4 p.m. in Superior at the Superior Public Library. Job seekers can stay safely in their cars and collect job posting packets. All they need to do is roll down their window and the packet will be handed to them. Upon arriving, job seekers are asked to follow the traffic flow and wait patiently while others are served.

On Friday, Sept. 25, from 10 to 11 a.m. via Zoom, the NWWIB in partnership with Lac Courte Oreilles Ojibwe College, Northcentral Technical College, and Wisconsin Indianhead Technical College, will host the Employment, Education, & the Economy E3 Roundtable event for Northwest Wisconsin employers. The roundtable is open to business owners and employers across Northwest Wisconsin who want to ask questions and provide input on their needs for training options for employees.

Event outcomes include identifying necessary training to retain and attract employees as well as sharing information about worker training grants. Employers can register at nwwib.com/events.

The month of activities concludes with a Facebook Live event to assist job seekers in learning more about local services to set them up for employment success. People can join the NWWIB on "Workforce Wednesday", September 30, via Facebook Live to listen to representatives from Northwest Wisconsin CEP, Office of Veteran Employment Services, and Workforce Resource discuss what their programs have to offer jobseekers and how to access services during COVID-19. People can like facebook.com/nwwib to stay informed about these and other upcoming events.

For more information about any of NWWIB's Workforce Development Month activities: Melissa Rabska, director of operations and communications, mrabska@nwwib.com or 715.201.9514.

More information about the events can be found at nwwib.com, including a link to the Workforce Waves podcast (nwwib.com/podcast) featuring two new episodes this month.