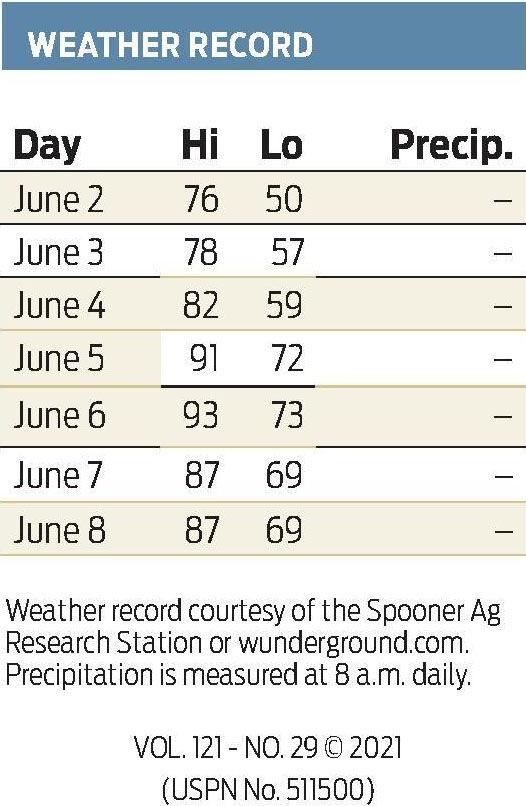 Music
Music garden will be place of joy, healing

The idea of an outdoor musical instrument park – with the instruments in the shape of whimsical garden plants – has been fermenting for a couple of years in the minds of Northwood School choir director Alicia Hailey and band director Britany Turinske.

But somehow the time for pulling it together had never felt right.

That is, until Northwood student Thacher DenHartog and his sister, Phoebe, died in a house fire in February.

"Thacher has loved music as long as I have known him," Turinske said. "He loved being a part of a group and making something bigger than himself. He participated in band and choir and was always so proud of his performances. Music was something that brought him pure joy, no matter if he was creating it or just listening to it.

The garden will bring to the school and to anyone who wants to visit and partake both the joy of music and its healing power as a memorial for loved ones lost. Thacher is not the only loss the Northwood family has felt so deeply recently. Longtime teacher and coach Paul Vaara died unexpectedly in February 2020, staff have lost family members to COVID-19 this year, a student lost their father, and a staff member lost her husband during the last school year.

The outdoor instruments are colorful, winter hardy, and many are in the shape of flowers. A Forget-Me-Not petal

drum, harmony flowers, a metallophone in the shape of a butterfly, and rainbow conga drums will bloom in the musical garden.

In addition, a memorial wall with plaques that can be bought in honor or in memory of someone will be installed, and the nearby existing Northwood Community Garden will be dedicated to Logan Almer, a Northwood student who lost his life in an ATV accident in 2013. He had helped with the garden from its beginnings.

The committee overseeing the project will set up a program where people can adopt and care for the garden's different beds.

Another part of the project is a rock garden, a tribute to Vaara and something of a play on words. He loved rock and roll – he was a huge KISS fan and went to rock concerts each summer – and he also was a rock hound, collecting rocks throughout his travels.

So the committee planning the memorial conceived of a rainbow rock garden where people could write comments or lyrics or notes on rocks and leave them there, creating a stream of rocks.

"So the idea of a rock garden when we proposed that idea to his family, they were like, 'We love this,'" Hailey said.

The Musical Memorial Garden will be next to the school's existing garden and around the corner from the playground and not far from the ballfields. A gazebo and pavilion are nearby.

The committee expects the garden to be a destination for individuals and families.

"It would be a great little place for families to just go spend time together, have a picnic," Hailey said.

The planning group said "music sensory gardens can play an important role in mental and physical health for people of all ages – improving cognitive function, emotional development, social skills, and motor skills. Along with that, they say memorial gardens are an ideal way to keep alive the memory of loved ones – serving to rekindle happy memories, as well as create new ones."

Though the instruments will be used for classes, the emphasis will be on being available after school hours for the students and the community.

"We're coming up with ideas to make it inviting for people to drive over to the school outside of school hours and just spend time with their family members and have a place where they can make new memories and feel connected to people they've lost and just feel peace and be able to have a place to grieve and heal."

Hailey had seen the instruments in TV shows and in-person, but the one in a park in Cable was the first she had seen in a cold environment.

"My boys begged me to take them there all the time," she said. "What kid doesn't like to play musical instruments, right? And so they just get to make music together. What's cool is oftentimes you can buy the musical instruments so that they're all in tune with each other. So if kids are playing them, no matter what they play, it sounds good."

Cold weather does not affect their playability, so they can be used year round.

Students are into the project 110%, Hailey said.

To start raising funds, the elementary students raised $1,255 through selling balloons for $5 a piece for chances to win prizes.

"The kids loved it," Hailey said. "If you can imagine a couple hundred kids in a gym popping a couple hundred balloons. It was a big hit. And unfortunately, I think we have stuck ourselves with probably doing this every year or the children will revolt."

Some of the classes have given up field trip funding for the project, a giant Capture the Flag game was held, and at the higher grade levels, students joined up with a teacher DJ to pay to play a song – or pay to skip someone else's song.

The planning committee is hoping business will donate along with community members. Donations can be made directly to the project through the school or through "Forget-MeNot Petal Drum for our Healing Garden" on donorschoose.com.

The committee hopes to have enough money raised to install at least some of the instruments before the back-to-school picnic in August.

Hailey said she realizes $18,000 is a lot to raise, but she is confident it can be done.

"I think it's something that people can get behind, especially in our small community, because everybody's been affected by the losses, especially our students," she said. "And I think what grabs people is the heart of the students and that they want this, and I think it would be good for them. It's fun to see how excited they are and how giving they are."

"Thacher and I were always there for each other," recalled seventh grader Maddie Rutzen. "We had each others' backs no matter what we were going through. Right now, it's hard to talk about, but I think the garden will make it easier for me."

Amara Prudhom shows off her Spooner Health "Future Doctor" hat at the Family Festival held in Spooner on Saturday, June 5. The annual event featured a variety of exhibitors and free activities for families.

Economics
City hears of large donation made to library

The card from Ostrom that was read during the May 25 Board of Trustees meeting expressed how important libraries always were to both her late parents, Marshall and Lorraine Petersen, and how they were firm believers in the power of learning through reading. Ostrom's father along with her uncle also had helped build the Spooner Memorial Library in 1962. To honor her parents, Ostrom enclosed a check for $50,000.

discussion and will most likely be implemented to address the building itself. Bodzislaw gave some examples such a crack in the wall in the children's section as well as the current limited meeting room, program, and staff space issues within.

She said designing more space inside the existing building and/or building an addition is also a possibility. She also said that the donation would be a good start on building a new library at a different location.

During the meeting Gagnon also announced the soon-to-begin Books & Bread program consisting of a mobile pop-up food pantry and mobile library travelling to area town halls or churches on certain dates and times throughout the summer.

Bodzislaw said that either the Spooner or Shell Lake library will be at each location at the designated times with checkout items while the pantry truck distributes food to anyone in need. Available food items will include a box of produce, bread, shelf-stable foods such as canned goods and meat.

She said that though the program attempts to reach the rural areas and is targeted toward the particular townships, residence in the towns is not required. The food pantry is funded by Feed My People, an organization from Eau Claire to combat hunger.

Gagnon also informed that the library's circulation for April was 5,268. Gagnon and Bodzislaw indicated it was heading toward normal and probably due to people feeling more comfortable in the library.

Library hours are currently Monday through Thursday, 8 a.m. to 8 p.m., and 8 a.m. to 4 p.m. on Friday and Saturday. Masks are required Monday through Wednesday and not required Thursday through Saturday. Other accommodations include services inside that can be taken outside such as a laptop and also a program called Princh, which allows patrons to send a print job to the library to be picked up later with a free-will donation.

Spooner Police Chief Jerry Christman announced receiving a letter of resignation from Officer Trevor Peterson, whose last day was May 30. Peterson had been the handler of K-9 Officer Bleu.

Christman also announced the transfer of ownership of K-9 Officer Bleu to Peterson. Christman explained the decision was based on Bleu's age, that an older dog is more difficult to transition to a new handler, especially in stressful situations, and that Bleu would not be able to start training anyway with a new handler until next February.

Christman also said that the Spooner Police Department feels the K-9 unit is an important asset to have and that they would be looking at getting another dog.

• Council approved submitting application for a CDI grant for financial assistance in the demolition of the old postal building at 422 Front Street, which will then be made into a park and green space connecting the downtown with the Railroad Park.

Clerk Patricia Parker said that there is no set start date yet, which will depend on the grant.

• Mayor Gary Cuskey announced that school would be out for the summer next Thursday June 10. He also reminded residents to keep their yards mowed and trimmed.

Temperatures have been intense in the Northland over the past several days, topping the 90s and sending many people and pets looking for some kind of relief. This kayak sailing across the surface of a beautiful blue Spooner Lake might just be a good option!