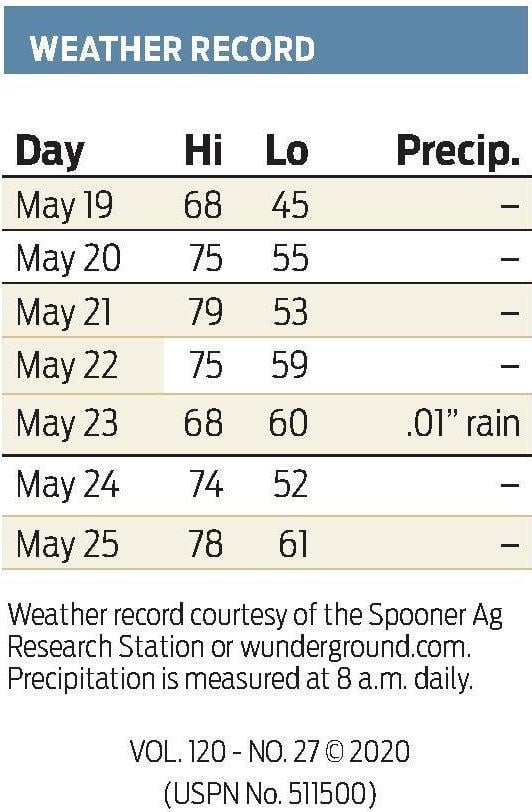 SHELL LAKE– Joleen Hanson of Spooner has been sentenced to four years in prison and six on extended supervision for her part in trying to poison and kill a woman over a five-month period in 2018, first by eye drops and then by ant poison and anti-fungal foot cream.

She received credit for 646 days already spent in jail.

Circuit Court Judge Stephen Anderson convicted her in Washburn County Circuit Court of being a party to first-degree reckless injury for her part in trying to poison Sharon R. Meyers, the wife of Robert "Bob" R. Meyers, both of Spooner. The three lived in the same residence at the time.

Hanson and Meyers were arrested on August 7, 2018, and both initially were charged with attempted first-degree intentional homicide, which could have netted a 60-year prison term.

They also were charged with abusing Meyers in a way that likely would cause her bodily harm, a felony.

While Hanson allegedly was the person who put the poisons in Sharon Meyers' drinks, a witness said she had informed Meyers about it and he reportedly was "pretty much all for it."

One of the difficulties in the case appeared to be proving how much Meyers knew about the attempted poisonings.

Meyers was sentenced in Washburn County Circuit Court to 1 1/2 years in prison and two years extended supervision, with credit for 564 days spent in jail.

According to the criminal complaints against Hanson and Meyers, the charges against them came about when a teen met with a Spooner Police Department officer to report that Hanson was dating Meyers and wanted to marry him and so between March 1 and August 6 had been trying to kill his wife by poisoning her.

The teen said Hanson had put eye drops in Sharon Meyers' drinks, but that did not have the desired effect of killing her, so on August 6, Hanson bought ant poison and anti-fungal foot cream, put half of them in each of two drinks, mixed with vodka and orange juice, and gave them to her.

A bullet casing is ejected into the air as Lisa Powers of the Shell Lake Veterans Honor Guard fires a round saluting the dead at Shell Lake Beach on Memorial Day, May 25. Honor Guard members wore protective masks due to COVID-19 concerns. The crowd was good, but the service was shortened due to the pandemic.

Reopening: 'People are really excited to get back to normal'
BY JULIE HUSTVET
jhusvet@spooneradvocate.com
05.27.20
JULIE HUSTVET

SPOONER– No question about it: Businesses are happy to be open, even though some worry that reopening in the midst of a pandemic could turn further spread COVID-19.

With businesses reopening – across the region, state, nation, and world – here is a continuing look at a microcosm of the business world, Spooner's Walnut Street, a business series that began in last week's Spooner Advocate.

"People were really excited to get back to normal, to get back out and be shopping again."

That is what customers frequently told Kate McKinney when she reopened First and Vine, which employs five and sells clothing and home decor.

"We definitely saw some of our out-of-towners coming back up, but we had quite a few of our local shoppers as well," she said.

She is "cautiously excited" about reopening.

"It was great to get back to business, and we needed to get back to business," McKinney said. "We've been locked down for so long and felt that that was the safest thing to be doing. But of course, we were a little nervous [about opening], but we've been very diligent about cleaning the store, and we're cleaning, disinfecting surfaces, at least every

hour that we're there. We're taking precautions to be safe while we're doing it. So there's mixed emotions for sure."

To help First and Vine make it through the pandemic's restrictions, McKinney applied for an Economic Injury Disaster Loan (EIDL) grant and the Paycheck Protection Program (PPP) loan.

"I did receive some funds for both," she said. "So that was definitely helpful. Without that I was feeling confident of being closed for three months. With that, we have probably added on another two months of security. But we definitely needed to get back into the swing of things. Because without our shoppers, you're not viable."

Normally she would have had her spring inventory out on the floor at least a month ago, but she held off on ordering some items.

Though she does not want to make any predictions for the summer's business, she is encouraged by the shoppers' response that she has seen so far, in people wanting to be out shopping at small businesses.

"I think a lot of people have been very generous with their money with small businesses," McKinney said. "And that's been really amazing and incredible to see happen over the course of this time. We were doing online sales and some curbside pick-up earlier, and our community really supported me during that time."

Shoppers have told her that they are intentionally buying in support of small businesses.

"I definitely think because we're a small community we're a tight-knit family and people were looking for opportunity to support one another," she said.

Given the unprecedented nature of the pandemic, McKinney believes the governor and local organizations have done the best they could to make decisions to help keep people safe. The local area had low COVID-19 numbers, and that may or may not be because of the lockdown since what the flip side of the coin would have been is unknown, she said.

Until a vaccine is available or COVID-19 diminishes on its own, "I don't think we're fully out of the woods yet," she said. "We're just taking it one day at a time."

Bob and Janet Otto at Sather Jewelry made the most of their unexpected downtime by adding in-stock jewelry to their website, satherjewelrywi.com, joining the industry's trend toward digital availability, especially for jewelry at the lower price levels.

"We've been wanting to do it anyway," Janet said. "The time presented itself."

In the long run the process also will help them better manage inventory.

They are finding people like to do some research before they go into the store, which has moved from doing just curbside business to being fully open.

They are not worried at all about being open. They said they are in good health, are practicing safe distancing, and they purchased a germicidal ultraviolet air purifier that filters out viruses and bacteria from the air and after work hours kills viruses with UV light.

A series of Post-It notes on the floor stand in for tape to show people they should stand back a bit from the counters.

"All of our services are open – jewelry repair, custom jewelry, there's not a thing that we can't do right now," Bob said. "And the fact that the governor's edict allows us to serve five people in the store at a time, it's a busy summer's day when we get five people in here at a time."

The Ottos expect buying gold from customers will remain a strong part of their businesss, along with bridal, wedding, and anniversary purchases, plus purchases of custom designs and of gifts in the under-$150 range.

"This could be the bubonic plague," Bob said. "It doesn't stop people loving each other or wanting to show love or say 'I love you' with a gift. This jewelry store made it through the Great Depression, the worst of times, because it conveys enduring messages like I love you, will you marry me, happy anniversary Merry Christmas, congratulations, son or daughter, for graduation, communion. So many emotional messages are expressed with the gift of jewelry.

"We have concerns like everybody. We're looking everything in the eye, every possibility, like is this going to be the next Great Depression? Who knows? We just don't know what the response is going to be," he said.

"We refuse to live out of fear," Janet said. "I think we're going to be stronger through it, couples and as a business, and I'm hopeful that our community will be stronger, people will be helping others more."

The pandemic has been very stressful for some families, and Bob said he hopes it also has been a time where love has grown and bonds with family and those who matter have been strengthened and people have reflected on life's fleeting nature.

Bill LaPorte, owner of Cobblestone Custom Framing & Christian Gifts, is in a different position than a lot of merchants on Spooner's main street: He is retired and the shop is "something to wile away the days," with the proceeds turned back into the business.

The pandemic brought an abrupt about-face to the year's trending at the store.

"This year started off like it was gonna be gangbusters," LaPorte said. "January and February were great months for me. The economy was good. People were happy."

That was reflected in his orders for framing, a major part of his store and one which generally is more dependent on people having some disposable income.

Framing orders continued through the pandemic's restrictions, and he has no qualms about being open to the public now. Following the idea of not having more than five or so people in the store will be easy.

"The only time I have more than five people in here as Ladies Night," LaPorte said. Otherwise, the visiting small groups of people tend to be families or women shopping together.

He recently ordered Tshirts that merge a patriotic theme with "In God we trust." He believes it reflects the times and also reflects his calling to have the Christian store.

He said he had tried to remain positive through the restrictions, but it frustrated him that parking lots would be filled at the big box stores while Main Street stores had to close.

"I think if they had told us what they told us now – you know, have people wear a mask, only have five people in the store – I think we could have kept on going," he said.

He received a $1,000 small business loan, and he applied for a PPP loan at Shell Lake State Bank and received $1,054, of which 75% needs to be spend on wages. The rest will cover less than a third of a month's rent.

In his spare time – between getting at-home projects done and fulfilling framing orders – LaPorte has been building clear acrylic and wood sneeze guards for businesses in town to help them out, another sign of the times.

TOWN OF HAYWARD– A 34-year-old Rocky Ford, Colorado, man, Peter D. Farnsworth, was taken into custody on Saturday, May 23, by Sawyer County sheriff's officers after he allegedly fatally stabbed his father and stabbed and wounded his mother at a residence near Round Lake in the town of Hayward.

by medical helicopter to a hospital in Minnesota for her injuries. The extent of her injuries or her current medical condition is unknown, Sheriff Doug Mrotek reported.

Mrotek reported that at 12:49 p.m. on May 23, the Sawyer County Sheriff's Communications Center received a 911 call regarding a domestic incident in which one person was deceased at a residence on Hinton Avenue, off Peninsula Road on the west side of Round Lake.