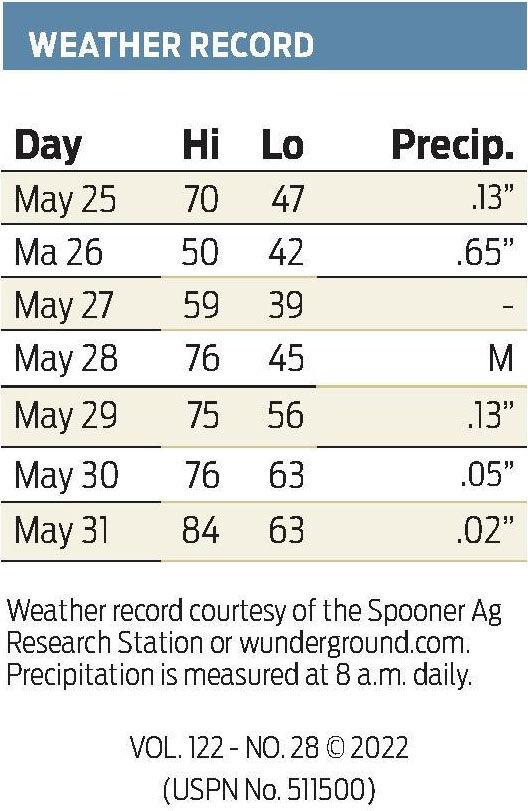 Lake district to file in circuit court in campground issue

SPOONER – The Spooner Lake Protection and Rehabilitation District discussed their next action appealing a conditional-use permit (CUP) for a proposed campground site at their meeting Saturday, May 28, at the Washburn County Fairgrounds.

North Camp Property LLC, owned by Steve Austin, purchased property in the Spooner Lake area from the Gene Thompson Trust and Thompson Family Partnership for a seasonal RV campground with 200-plus sites on 540 acres of land adjacent to Spooner and Evergreen lakes. This acres were owned by the Thompson family, and the parcels have access to nearby trails, a 17-acre private lake and wildlife terrain and forests surrounding the area. North Camp Property has said these assets make it a great site for a campground.

Austin has said the nearest campsite would be 1,330 feet from the lake, so residents would not be able to see or hear the campground from their homes.

The Lake Protection district is concerned with how a campground of this size will affect the area. After the Washburn County Zoning Committee approved granting the CUP to North Camp Property in October, the district brought an appeal to the county's Board of Adjustment (BOA) on May 20. Their attorney, Christa Westerberg, presented the case at this hearing. The district felt the CUP was incomplete when it came to how the area would be protected from pollution, septic issues with the amount of daily wastewater projections, damage to natural resources and water quality, among many other concerns.

After discussion from both interested parties, the BOA upheld the CUP.

At Saturday's meeting, Lake Protection district board member Ed Fischer said they spoke with Westerberg in a closed session before the regular meeting regarding further appeal of the Zoning Committee's decision.

"She told us we have three options going forward," Fischer said.

The first was appealing the matter to circuit court, which could be completed as soon as November. The second was having the district monitor the Department of Natural Resources permit process, and if they felt there was basis for disagreement in the process, they could challenge it in court. The third option was to bring new legal action against the actual definition of a campground.

"I think that's not a clear, ready-to-go process," Fischer said of the third matter.

Fischer said Westerberg told the district taking the matter to circuit court would be a 50/50 shot in the district's favor. The case has already been filed in circuit court, Fischer said, at the same time as they made the appeal to the BOA, and the complaint can be amended within 30 days of the appeal. A Washburn County circuit judge would likely recuse themselves from this case, so an

out-of-county judge would be brought in, he said.

Fischer made a motion to allocate $10,000 in undesignated funds for prosecution of the campground appeal, assessing $20,000 for the 2023 legal fees (contingent upon raising $30,000 from private donations) and that this recommendation go before the membership meeting in September. He said the funds would need to be raised by Aug. 30.

He added that it may not amount to that much, but the board doesn't want to have to look for those funds down the road.

Fischer said district members would be able to vote at the September meeting when the budget is discussed. He added that basically, the district would be going ahead with all three options.

Treasurer Nancy Hanson said there is already $10,000 in undesignated funds, "so it's not putting us in a bind." That amount alone is already allocated toward aquatic invasive species prevention on the lake.

When asked what the basis would be for this prosecution, since the BOA already shot down every argument at the hearing, Fischer said he feels mistakes were made and "we need to review what happened."

If this goes to court, an injunction might have to be made against North Camp Property preventing any construction until the matter is solved.

The district also noted a separate party could bring a brand-new appeal to the BOA, since there needs to be a one-year wait to bring up the same appeal.

It was noted that the tax levy for the lake district will go up, since the total the district needs for this case is $50,000.

The motion by Fischer was approved unanimously by the board. The members will be presented with a vote whether to raise another $20,000. Meanwhile, the district will try to raise $30,000 by then.

Some moments in life just make you want to cheer out loud. Such a moment occurred at the Spooner High School 2022 Commencement as, with the help of Board of Education representative Nathaniel Melton and classmate Andrew Nauertz, wheelchair user Oscar Norton crossed the stage and collected his diploma. "I did it!" he exclaimed. "I can't believe I really did it!" You did it, Oscar. The whole Class of 2022 did it. Congratulations to all of you.

SPOONER - Members of the Washburn County Deer Advisory Council (CDAC) met earlier this month at the DNR's Northern Regional Office in Spooner. The purpose of the meeting was to make their final antlerless quota recommendations.

The discussion mirrored other CDAC meetings over the years, when county line Deer Management Units (DMUs) and private vs. public land quotas instead of DMUs determined by habitat proved to be difficult to manage.

"There's been a 24% success rate on filling the antlerless tags over the last five years," said Christel. "Private land permits haven't sold out for some time, but the public land tags were gone by Aug. 28 last year, a couple weeks before the season opened. A total of 5,300 permits were issued in 2021 and 1,537 antlerless deer were harvested. I reviewed all the comments submitted and once again they were mainly about predator numbers. There does seem to be a lot of deer out there, though some areas definitely have more than others,

but a severe winter would be tough on what's out there now."

A total of 134 public responses related to the county's deer herd were recorded and weighted by the committee. The comments related to the preliminary quota were split exactly 50–50, with half the respondents supporting the same or higher quotas and the other half stating the quotas were too high and preferred having fewer permits.

"Looking at those numbers, I guess you could say we're doing a pretty good job," quipped Weiss.

One common theme heard from committee members during the meeting was the apparent abundance of deer seen this spring.

"There seems to be deer in most every field I drive by in the evening," said council member Larry Damman. "I don't know if I've ever seen this many in spring before."

In a refrain heard in other counties during the discussion on the distribution of antlerless permits, the difference in habitat within the county's borders was a topic of discussion.

"There's two different habitats in Washburn County. With a few exceptions, the northern half is basically northern hardwoods, while in the southern half there's more agriculture," said Weiss. "That makes it difficult to make quota decisions; we've dealt with this for years now."

Weiss went on say he wasn't sure the public understood the process completely.

"We're doing the best we can with the tools we've been given," he said. "Respondents seem to feel better when they realize we can make 6,000 permits available, but historically we'll only shoot about 25% of them."

CDAC member Bill Taubman expressed concern the DNR really knew how many deer were being taken because of the current regulatory system. Some counties close to Washburn, like Polk County, give free antlerless permits to hunters. Taubman wondered how many of those permits are being used in other counties, since the current regulations are so liberal.

"We're working with flawed numbers, in my opinion, basically trying to make a silk purse out of a sow's ear. How many deer aren't being registered or shot in a county other than where they were issued? Carcass tagging would help," said Taubman. "I know some hunters are buying antlerless tags and not planning on filling them."

Brett Galliean attended the meeting remotely and didn't give a residence during his comments to the committee.

"There's 15 hunters in our group and we hunt in northeastern Washburn County (known for remoteness and a big woods hunting experience). We saw a few more does this year, but we only hunt bucks and we didn't have any success. We're not seeing them on our trail cameras either, but we are seeing a lot of predator sign," said Galliean.

Joe Romportl, the agriculture stakeholder member of the CDAC, expressed concerns over the crop damage farmers are experiencing.

"We all know there's plenty of deer out there. I'd like to see the tags increased and maybe farmers who have large tracts of land get free tags to help control the numbers," said Romportl.

As the meeting wound down, Weiss asked if there were any specific issues the council would like to include with the recommended antlerless quota. Comments from the council included the continuing problem with the diverse habitat in northern and southern parts of the county making it difficult to allocate permits in an effective manner. Weiss also expressed an interest in a longer deer gun season with an earlier opening day.

"There's a lot of deer on the ground now, but with our late opener, the rut's basically over and there's not much natural movement. An earlier opener would likely increase opportunities for gun hunters. The hunting population is getting older; this would be an incentive for them to get out," said Weiss.

"Deer would move around more if there was a longer season when there wouldn't be so much pressure over a shorter period. It would give hunters more opportunity to get into the woods, too; that's what it's all about. Carcass tagging would help a lot, too; there would be more incentive to register their deer then. There's just not enough tools available now to make the system work effectively."

At the meeting's end, the council decided unanimously to recommend 6,000 private land antlerless permits, the same as last year when they didn't sell out, and 3,100 public land permits, an increase from 1,600 in 2021.

The past met the present at the Shell Lake Class of 2022 Scholarship Recognition program held May 26. The students of the Class of 2022 got a musical treat direct from 1955 as generations met. Back in the 1950's, friends Alvin Olsen, Pete Hubin, Lee Swan and Dick Swan formed a singing group. At the Scholarship Program, the old friends got back together to perform for the first time since Elvis topped the charts. The quartet was minus member Dick Swan, who had passed away, but they were still in fine voice. It was a magical moment that proved good music, and friendship, is timeless.