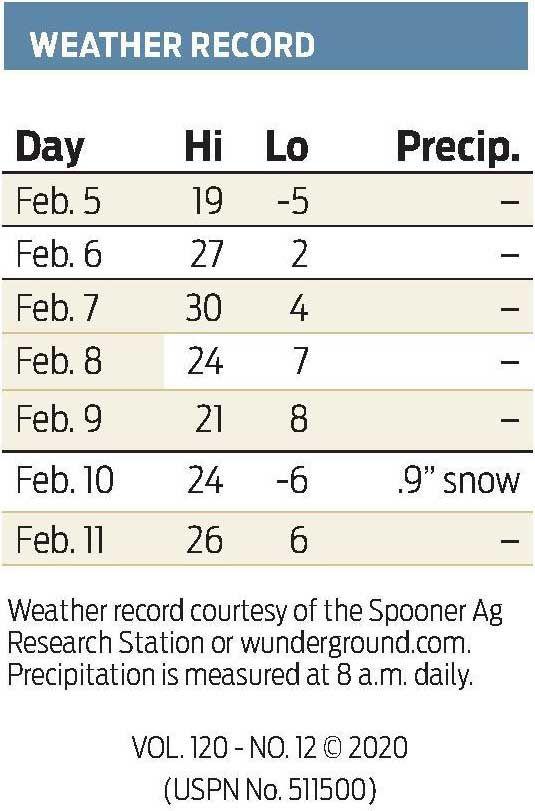 A recently completed "Urban Forestry Plan & Inventory Analysis" will help the city of Spooner maintain one of its beautiful – and beautifully useful – assets, its trees.

Graphs from the report outline the condition and work needed on Spooner's urban forest.

SPOONER– With so many forests around, people may not automatically think of the trees in a city like Spooner as an urban forest, but they are. A recently completed "Urban Forestry Plan & Inventory Analysis" will help the city maximize that forest and ensure its long-term vitality.

Taking down trees subject to potential infestation by the invasive emerald ash borer is just one of those recommendations.

The report was prepared by Bluestem Forestry Consulting out of Drummond, with the document funded in part by an urban forestry grant from the Department of Natural Resources forestry program.

In the executive summary of the 40-page report, the authors note that the following:

• The ash species includes 131 (8.6%) trees that are green, black or white ash and are susceptible to emerald ash borer. EAB has been confirmed in nearby Sawyer County, but not, so far, in Washburn County.

"No obvious evidence of EAB was noted in Spooner, but it is reasonable to expect EAB in the very near future," the report said.

The average diameter of ash trees is 12.8 inches. The plan recommends "removing defective ash trees, ash trees in poor condition, ash with overhead utilities and small diameter ash over the next four years and preserving the remaining 96 ash that are in good condition and are large diameter."

The plan also notes that the Asian longhorned beatle is a threat to hardwoods, especially maple, but so far its infestation is in Massachusetts, New York, and Ohio.

Still, the report suggested, diversifying the forest could prove productive later since the city's population of maple is at 21.7%.

• Another 178 trees should be removed for safety reasons, a number equating to 10.1% of total maintenance needs.

The average diameter of those is 16.7 inches. A typical first-time inventory averages removals between 3% and 10%, the report said.

• Fifty-one trees should be pruned for safety reasons or for cleaning up dead branches (2.9% of total inventoried population).

• "Ideally, the forest should be comprised of not more than 5% of any one species and 10% of any one genus," the report said. In Spooner, five are over-represented in Spooner's public tree population: They are (in order of population size): maple, oak, pine, spruce, and ash.

A narrow distribution of tree types could cause a crash in the number of trees if they are attached by any particular disease or insect.

• The reports suggests that more staff time needs to be devoted to forestry. Seventy work days a year are what the plan recommends.

"One activity that could really reap future benefits is small tree pruning," the report said. "This saves time and money as the trees age and mature and greatly improves tree health."

The larger trees, such as those in the 25-inchdiameter, range, could take two to three hours to properly prune, using a bucket truck and multiple crew members.

"It is critical to recognize that Spooner has the proper equipment and staffing levels to com plete most prunes and removals in-house, but that due to the large diameter of many of their trees, it will require a very significant time commitment to properly manage their forest," the report said.

"Fortunately, most pruning and removals can be completed during February, March and April when other public works projects are slow," the report noted.

Even the small trees will take some pruning time, to make them more structurally sound and storm-resistant.

• Approximately 91% of sites suitable for trees on street rights-of-way are growing a tree.

"Ideally, this rate would be 100% and all available sites would be home to a tree," the report said. "The final step to round out forestry activities is to beginning a robust tree planting program."

The city's administrator, Tree Board, Department of Public Works, Utility Department, and administration would be the ones tasked with carrying out the plan's recommendations.

In total, 60 species of trees were found in the city's urban forest, "a good number of species."

The age of the trees matter, with the ideal being a mix of ages. Larger trees can be found throughout Spooner, but the young ones, those up to 8 inches in diameter, are lacking. A lack of space for more trees has put the number of young trees at 20% rather than the recommended 40%, though the report says that can be remedied in part by replacing trees that are susceptible to the emerald ash borer

The goal is no trees in fair condition. In Spooner's case, 80.4% are in fair, good or excellent – a high percentage. Dead ones account for 1.7%, while poor or very poor make up 17.9%, mainly due to over-maturity or lack of maintenance.

Just over 9% of the city's urban forest is in the nine parks.

"There are a few notable park items," the report said. "College Street Park is the largest geographical park and has a very dense stand of oak trees near the entrance and the hockey arena. These were not individually inventoried due to the high density, but they were inspected for obvious defects and those that required maintenance were individually inventoried.

"The park with the most trees was the newly established dog park. This park was heavily used and continued tree planting will make the park even more welcoming.

"Veterans Park has recently received a new monument and monitoring of the trees in this park for construction damage is recommended," the report said.

An expanded version of this article is online at spooneradvocate.com.

The Wisconsin Department of Transportation's (DOT) plan to postpone until 2022 the Hwy. 63/River Street reconstruction project through Spooner, previously scheduled for 2021, was announced at the February 4 Spooner City Council monthly meeting.

The reconstruction project which will extend from south of Kwik Trip near Greenwood Avenue to near Poplar Street on the north end will include new sewer and laterals, water mains, storm sewer, curb and gutter, and sidewalks in addition to repaving the road. City Administrator Bill Marx summarized that the delay concerns the rebuilding of the Hwy. 70/River Street intersection during the project and the DOT's decision to upgrade the intersection more than originally planned.

Mainly the curb radii at the corners will be widened, which will require the DOT to go through a process to purchase more property, which he said probably takes about a year. He also said the city and DOT have been discussing city utility needs at the intersection in relationship to the Hwy. 70 project, which he thought might be in 2029.

City Clerk Patricia Parker explained later that there have been a couple of water main breaks at the intersection which the city wants to replace but align with the Hwy. 70 project planned further down the road so they will not have to be done again at that time.

back the curb radius on the four corners to better accommodate semi trucks, which have knocked over traffic lights in the past, and to minimize their encroachment into other lanes when trying to make the corners.

Cunningham explained the DOT is planning the Hwy. 70 project, which includes resurfacing Hwy. 70 from the Burnett County line to Hwy. 53 and reconstructing the road within the Spooner city limits, for the late 2020s. She said that the DOT wants to upgrade the Spooner inter section to the standard that project will require during the River Street Project in 2022 so it won't have to be redone again in six or seven more years.

Cunningham said the sole reason for the one-year postponement is that time is needed for the process of appraisals and negotiations to purchase the additional property from the three businesses (Caldwell Banker, Kwik Trip, and McDonald's) and private residences on each of the four corners to rebuild and fix the intersection right.

The council approved Engineers Special Assessment Report for the Ash Street reconstruction project from First Street to just east of Bashaw Street scheduled for this year. The project includes new curb and sidewalk, water mains, storm sewer, sewer or sewer lining as well as repaving the street. The report estimates the total cost of the project at $448,419.

Parker said there is no news on the grants which the city applied for to help with the project and which she indicated could possibly affect assessments, but the city hopes to know more by the end of the month.

A public hearing is scheduled for March 3 at 5 p.m. before the general council meeting.

• Council denied the request from Lakeland Family Resource Center for the city to pay the balance of sewer backup-cleanup charges for the center's 314 Elm St. property. The backup was caused from a blockage in the main sewer line.

Lakeland's request letter states that its insurance only covers $5,000 of the $9,555.60 bill and sent a claim to the city of Spooner's insurance company, EMS Insurance Companies, and the claim was denied.

Council indicated that the city's insurance recommended the city to not pay the charges.

• Council approved adoption of an Urban Forestry Plan. The plan, which comes from a study conducted in the fall by Bluestem Forestry Consulting, recommends removing approximately 90 trees identified throughout the city due to decay and/or susceptibility to diseases such as oak wilt and the emerald ash borer.

• After concern was raised at so many trees marked for removal, Marx explained that the city does not have the manpower to remove all the trees now and council discussed that removal would be prioritized and would occur over the next few years.

• Council approved $4,200 for a water detection survey to be done by Waterworks Services. The survey uses a listening device at hydrants which can detect leaks up to 2 to 15 feet away.

What was Spooner's original name? (Chandler!) Name Spooner's biggest event? (Spooner Rodeo!) What is the school mascot? (A train!) These were some of the questions Addie Erdmann of the Spooner Chamber of Commerce asked visitors to her table at Spooner Middle School Wellness Day, "Winter Wonderland." Spooner Trivia proved to be a popular game at the event. See more on Wellness Day on page 8A.

Voters throughout the region will have choices to make Tuesday, Feb. 18, as polls will be open for the 7th Congressional District and Wisconsin Supreme Court primary election.

Polling places locally and throughout the state will be open from 7 a.m. to 8 p.m. next Tuesday.

There are four candidates – two Republicans and two Democrats – running in the primary election, seeking to fill the 7th District congressional representative seat, which is vacant due to the resignation of Sean Duffy last fall.

justice for the Ho-Chunk Nation Supreme Court and president of the Wausau School Board.

Dale, an insurance salesperson, previously ran as a Green Party candidate for the 7th Congressional District in 2014 and as a Democratic candidate for District 34 of the Wisconsin State Assembly in 2016.

The top vote getter in both the Republican and Democrat primary races on February 18 will advance to the ballot for the May 12 special election to fill the Congressional seat vacancy.

The top two vote recipients for Supreme Court on February 18 will advance to the spring election on Tuesday, April 7.

Individuals will need proof of identity and residency in order to vote. Most voters already have some form of ID needed to vote, including a Wisconsin driver's license or tribal member card.

In addition to a Wisconsin driver's license, ID card, or other Department of Motor Vehicles-issued document, voters also can use military and veteran IDs, some student IDs, tribal IDs, or a certificate of naturalization.