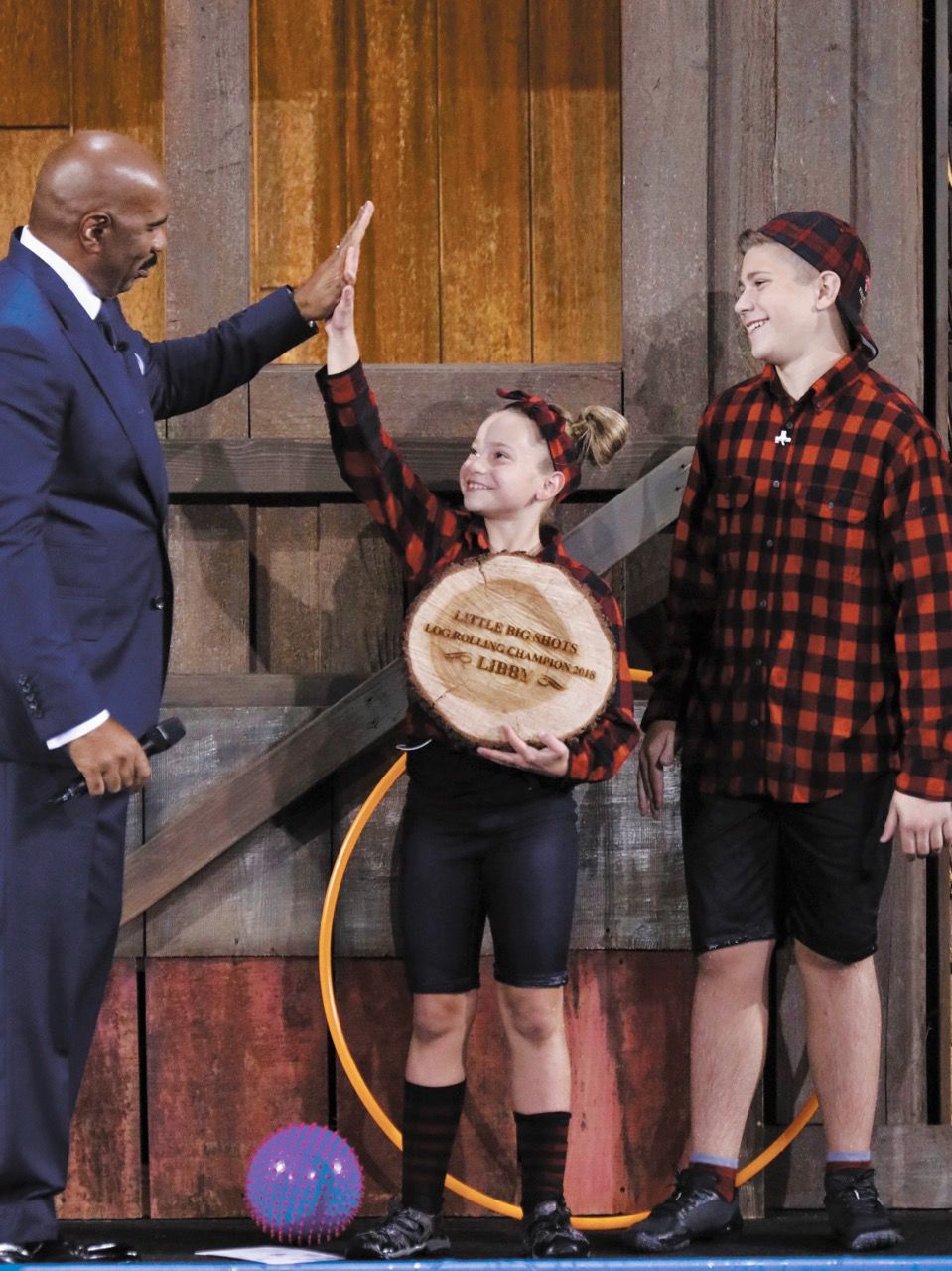 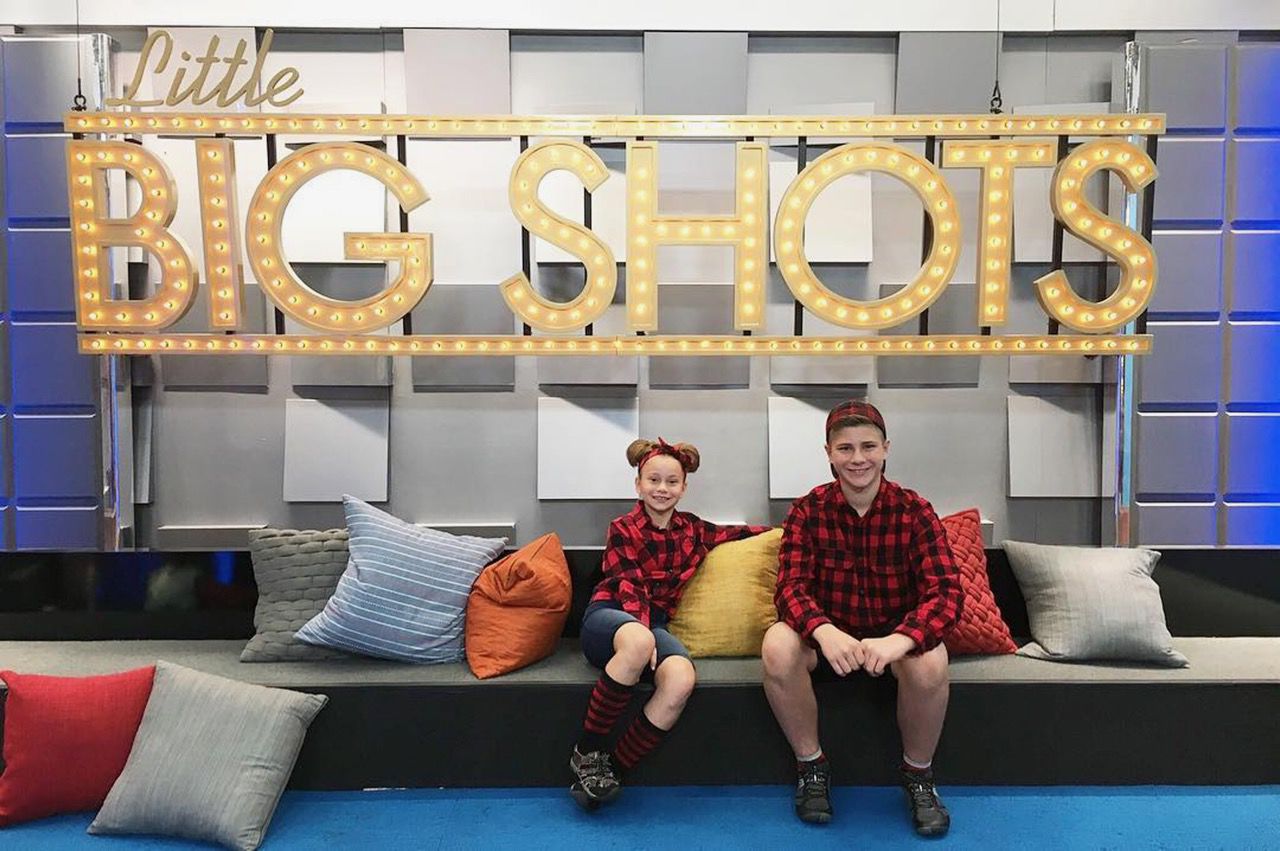 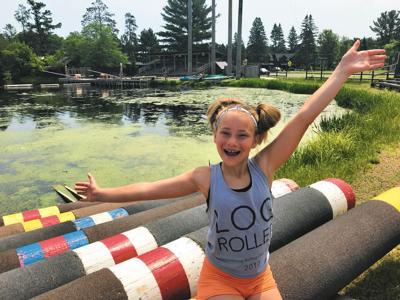 Libby’s family was introduced to logrolling while on a family outing in 2012 at the Lumberjack World Championships in Hayward, when Dominick and Emma, older siblings to Libby, gave logrolling a try in the logrolling school’s “Try it” tank.

“From that day on, the Magnone family was hooked on logrolling,” said Shayna Magnone, the children’s mom.

The following summer Dominick and Emma started competing. Libby followed soon after, so at the age of 3 — when most children are learning to ride a tricycle — Libby learned to logroll. Two years later she won her first Log Rolling World Title at the age of 5, her mom said.

Now she trains for logrolling year-round, training in Beaver Dam Lake in Cumberland during the summer (she has four logs there) and in the winter, training in Oconomowoc at the Pabst Farms YMCA with the Oconomowoc Log Rolling Team under the direction of Dr. John Hallet.

Shayna said logrolling has provided the family with some amazing opportunities.

“Libby and her siblings have performed as part of the intermission shows at the Chetek Hydroflites Waterski Shows, have been featured in newspaper articles and local news stories, and they have even appeared on the Australian television show, ‘Redesign My Brain,’” Shayna said.

But the chance to meet “Big Shots” host Steve Harvey and showcase logrolling was the chance of a lifetime, she said.

The Record caught up to Libby and her mom June 25 at the Lumberjack Bowl, where the kids were getting ready for logrolling lessons.

Libby, who was 9 when the show was taped in November 2017 in Los Angeles, said, “I was super excited to find out I was going to be on the show.”

In fact, Libby was initially scheduled to appear on Season 2 of “Little Big Shots” but they first had to figure out how to put a swimming pool on the stage with a log that the stage would support.

She made it to Season 3 and in August 2017 the film crew traveled to the family cabin in Wisconsin to film her personal introduction video for the show.

Several months later Libby and her brother Dominick, 14, who is a three-time logrolling world champion himself, flew out to tape the show. Dominick appears in the show as he challenges Libby to a match. Steve Harvey declined to get on the log, Shayna said.

“I accidentally splashed him and he made the funniest face,” Libby said.

Libby said she loves sports and plays soccer, violin and dance, all of which help her to logroll.

“Soccer helps me with stamina. The violin helps me to position my arms and focus. Dance helps me develop a tight core,” she said.

Libby will be at this year’s Lumberjack World Championships in Hayward, competing July 19-20 in the U-10 logrolling event.

She said she would like to see logrolling become an Olympic sport.

“I would like to win the Olympics,” she said.

Libby’s episode of “Little Big Shots” is titled “Steveosaurus Rex,” Season 3, Episode 10. Libby will be featured along with a 5-year-old librarian, a dinosaur expert, a talented young country singer, a Rubik’s Cube expert and a pair of gymnasts.

Poll Question: After the political fallout from Georgia's election laws — and corporate response — do you plan on taking any action?

A poll question on the political fallout from Georgia's recently passed election laws — and corporate response. Do you plan on taking any action?