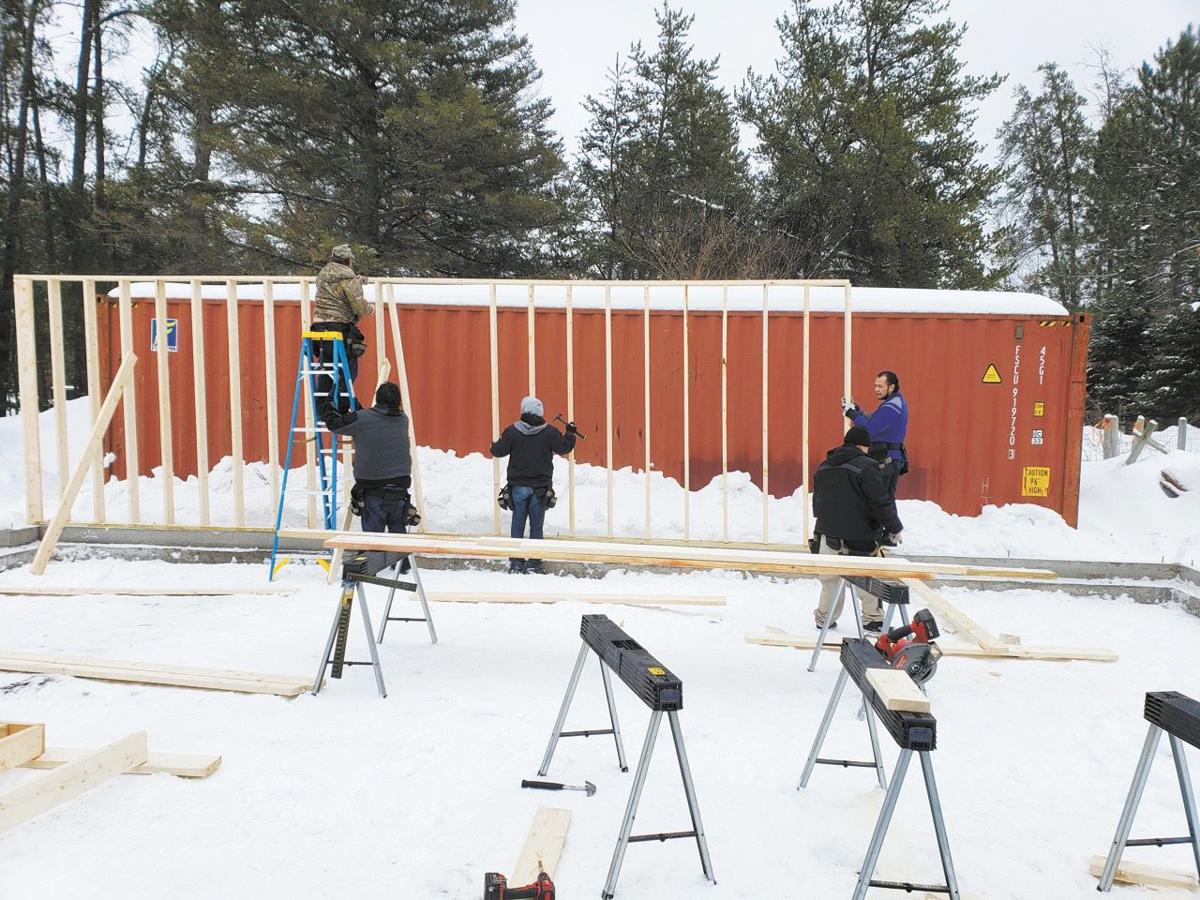 The five trainees put up the wall for the new storage shed. 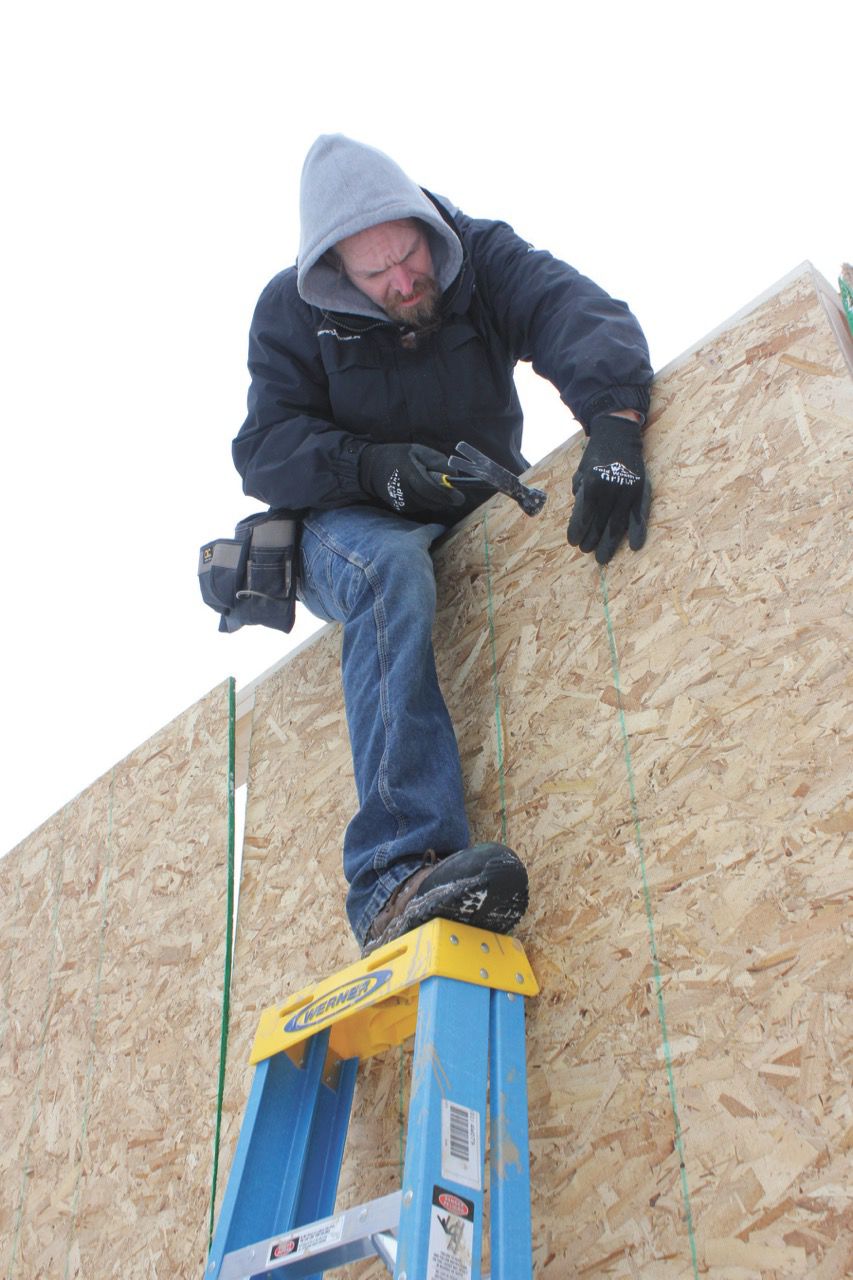 Todd Larson, a drywaller/sheetrocker, is framing a building for the first time. 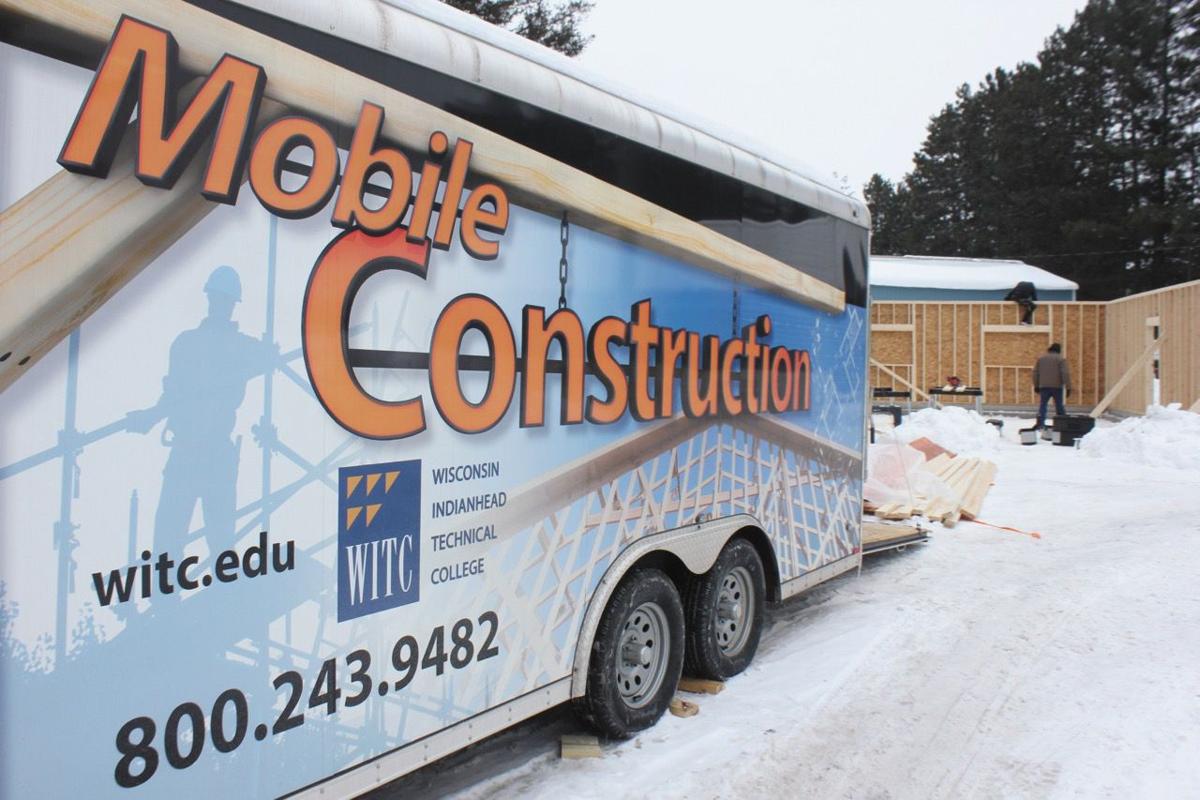 The Wisconsin Indianhead Technical College Mobile Construction Unit is conducting the training at the building site. 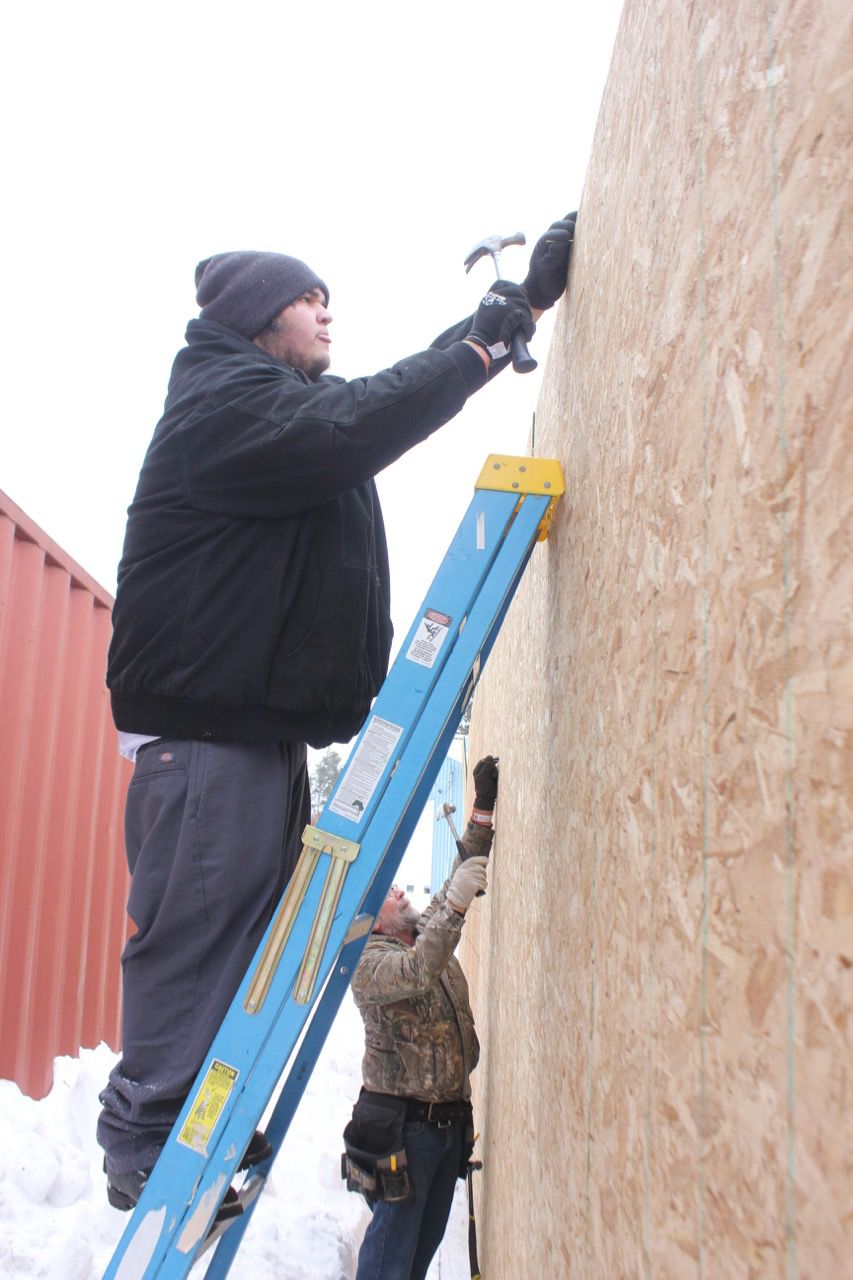 They're building a better future.

The five trainees put up the wall for the new storage shed.

Todd Larson, a drywaller/sheetrocker, is framing a building for the first time.

The Wisconsin Indianhead Technical College Mobile Construction Unit is conducting the training at the building site.

They're building a better future.

The east side of New Reflections-Pathway to Hope transitional housing off County Highway B in the City of Hayward has been busy with a ªgroup of five men and a supervisor building a 28-by-40 foot storage shed.

It’s obviously a construction site, but then again it’s much more.

Besides the sides of the building going on and up, there’s also learning and new opportunities.

The five men are inmates of Sawyer County Jail and the supervisor is an instructor for the Wisconsin Indianhead Technical College (WITC) Construction Foundations Mobile Lab.

Before they were pounding nails, the five had been in classroom training with instructor Ed Murray.

“It’s going good,” said Jesse Dahl, who was pounding plywood on the backside of the building. He had worked in dry walling but had never framed a building. “I’m learning a lot here.”

Todd Larson, who was working near Dahl, also said he had hung drywall. He said he liked being outside and anticipated working again in construction.

Around the corner, Brett Dennis was pounding nails.

“I think it is really good for us, especially me because I had never done this type of thing before,” he said. “I’m learning these carpentry skills, and I’m really enjoying it.”

Dennis said if he learns more skills he might consider working in the construction field.

The men are out building and not in jail because of a $5,000 WITC Correction to Career grant secured by Sawyer County/Lac Courte Oreilles Economic Development Corporation.

There’s also been a $20,000 fundraising effort to help Pathway to Hope secure the building materials.

The training and building is all about reducing recidivism by offering inmates a chance to gain skills under an experienced supervisor, to secure a good-paying construction job when they are released.

McNamer said the partnership organizations are involved to help the participants be successful even when they are out of jail, with such needs as housing and transportation.

“It’s very encouraging to see the months of planning and hard work on the part of our Programs Deputy, the CJCC Coordinator, WITC and others come together to make this happen,” said Johnson. “Not only does it benefit the participants by allowing them to earn college credits and a job skill, it in turn benefits the community by having qualified job candidates upon being released from jail, all while helping a local nonprofit organization.”

Murray, a life-long building contractor who owned his own business until 2006, said he does one or two of the WITC training projects every year. Before working for WITC, he did the same type of training for the Wyoming Department of Corrections.

“It’s going real well,” he said of the shed project. “We have a good group of guys who like to stay busy, and they like to see something done at the end of the day.”

His role as instructor, said Murray, is to train and show how it’s supposed to be done and give the men the opportunity to apply what they learn.

Murray said the trainees would have a good opportunity to get hired after they are released or they might want to go on and get further training at WITC and earn a diploma.

Donations to the storage shed can be made by sending contributions to New Reflections- Pathway to Hope, P.O. Box 1065, Hayward, WI 54843. Funds can be designated for the storage shed.

New Reflections is a 501-3c nonprofit organization and all donations are tax deductible.