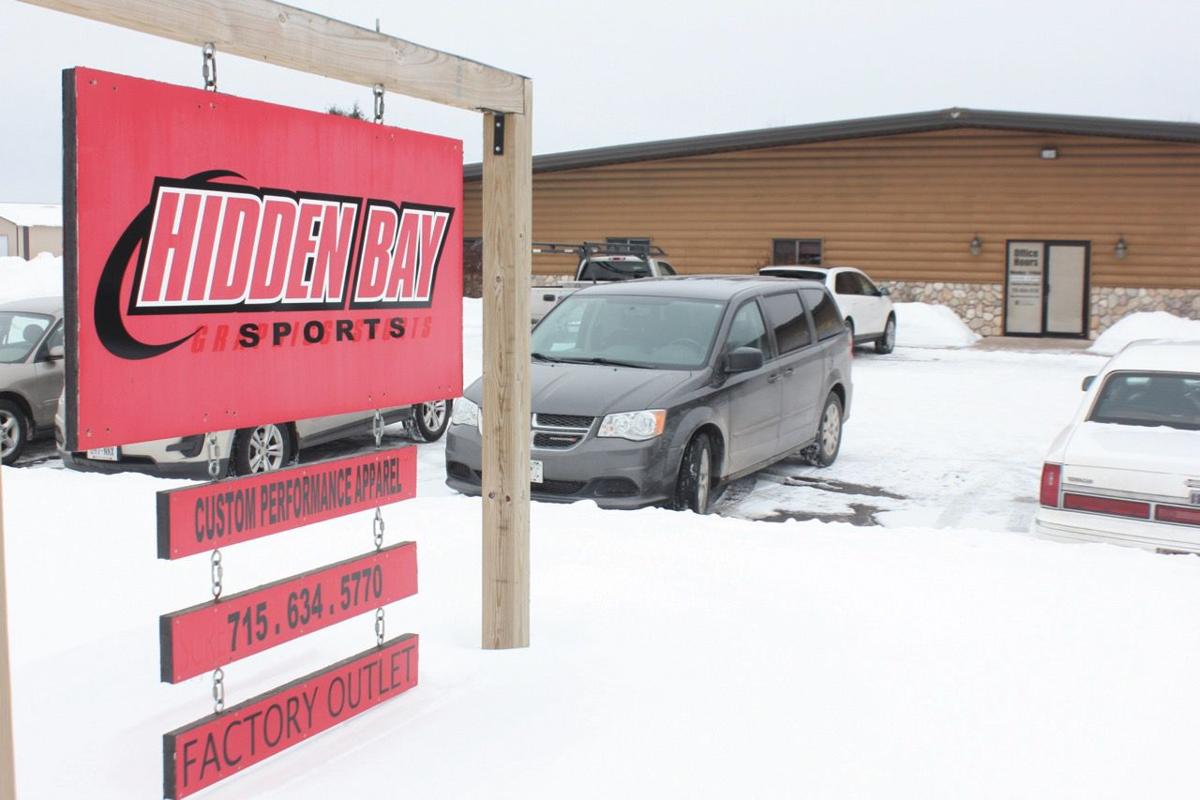 Hidden Bay Sports will continue to operate in Hayward until Feb. 28 and then the business will move to Superior under new ownership. 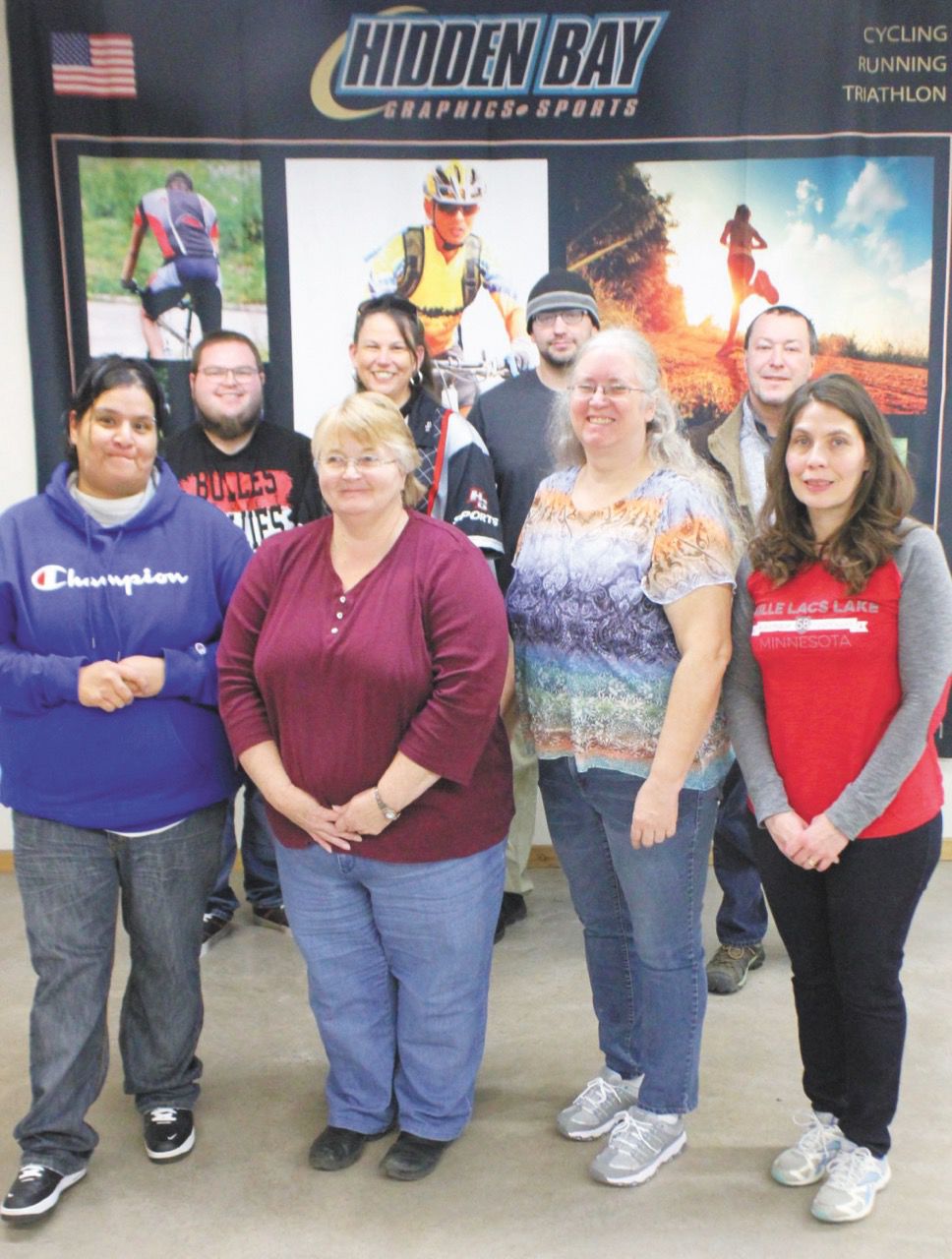 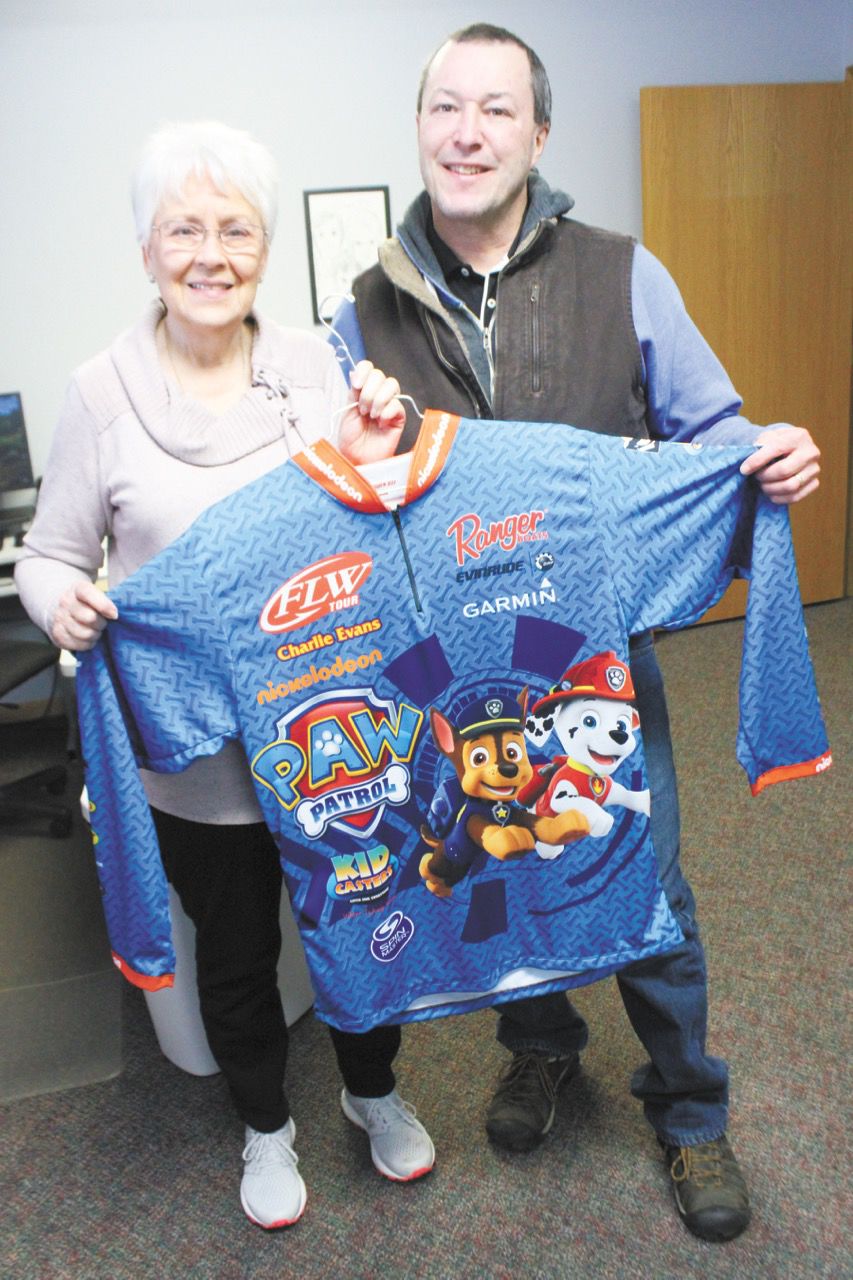 Collette Lambert, owner of Hidden Bay Sports, and Dan Rusch, head of production and sales, hold one of the unique Charlie Evans shirts made in Hayward.

Hidden Bay Sports will continue to operate in Hayward until Feb. 28 and then the business will move to Superior under new ownership.

Collette Lambert, owner of Hidden Bay Sports, and Dan Rusch, head of production and sales, hold one of the unique Charlie Evans shirts made in Hayward.

In last week’s “Meet Your Neighbor” column, Collette Lambert, owner of Hidden Bay Sports, announced the business had been purchased by Screen Graphics of Superior owned by Mike Holden.

Ownership will officially transfer on February 28 when machinery will be moved from the Dyno Drive site to Superior.

The new owner will keep the name so Hidden Bay Sports will continue.

“They bought the business and offered a package to our employees and nearly all accepted and are moving on,” said Lambert.

Currently, there are 12 employees who work in sales and marketing, art, printing, sewing, cutting, and inspection and packing.

Holden said he wanted to bring the sublimation process, the process of imbedding artwork and logos into material that Hidden Bay Sports does, inside his business instead of sending it out, to control quality and cost.

Holden said he is the second-generation owner of the business that started in 1980 and three years ago the company made the decision to expand.

“I am very excited,” Holden said. “The culture at Hidden Bay Sports is second to none and I give credit to Collette. All the employees care about quality but also production and six of them have agreed to stay on.”

As far as taking the company in a new direction, Holden said, he would like to expand in athletic wear in hockey and basketball.

Hidden Bay Sports is one of the last clothing manufacturers in the state. Locally, it’s handled all the American Birkebeiner Ski Foundation Birkie bibs including the 2020 Birkie.

“It was nice for Birkie because they can pick up as they are made and have the chips put in, so it was a nice asset for us to be in the same town,” she said.

Hidden Bay Graphics, the silk screening side of the business, was created in 1989 and Hidden Bay Sports, the clothing manufacturer, came later in 2000.

At one time, Lambert said, the business occupied the space next door to Outdoor Ventures on Main Street with retail on the main floor and cut and sewing in the basement.

(The two new owners of Hidden Bay Graphics relocated the business to the former Logger’s Mill building at the corner of County Highway B and Hall of Fame Drive. The new owners operated from the site from March 2019 until a fire destroyed the building in October. Hidden Bay Graphics is now operating from the former Lynn Marie’s Candies at Windmill Square and the owners plan on rebuilding at the County Highway B site.)

Hidden Bay Sports evolved over the years from supply clothing to skiing, biking and triathlon to fishing teams all over the US, including bass pro, college and high school teams, and even expanded to archery and high school hockey teams and more.

An example of one of its unique clients is Charlie Evans, a professional fisherman who started Paw Patrol.

“We do all his jerseys for him,” she said. “He goes around the country promoting kids fishing and we do all his promotional things.”

Lambert said the business has been able to thrive even against overseas competitor because it can compete on small orders and many clients still cherish that “Made in America” label.

In the last 30 years, one of the most unique orders was one item for an elected official – a bike jersey with the presidential seal for President George W. Bush.

This once-in-a-lifetime order also has a funny story attached to it. The woman who initially received the order thought the call was a prank when she heard on the other end of the line, “This is Condoleezza Rice (United States Secretary of State) calling.” The employee thought a friend was pulling a joke on her and hung up and then in couple a minutes the phone rang again and this time the caller said, “Please do not hang up. This is the White House calling.’”

Lambert said she is selling the business because she wants to retire.

Since its origin in 1989, Lambert has helped run the business with her husband Ron and even had a short retirement before Ron passed in 2013, but she came back and has worked ever since.

Lambert’s goals in retirement are to head south, visit a daughter in Louisiana and brother in Florida, spend time with her 11 grandkids and five great-grandkids and plan another trip to Ireland where she has relatives.

Although she is looking for some down time, she will miss the daily excitement of running a business, taking orders literally from all over the country.

“We never know what is going to come on the other end of a phone call,” she said.