Frost Advisory from 2AM CDT SUN until 8AM CDT SUN 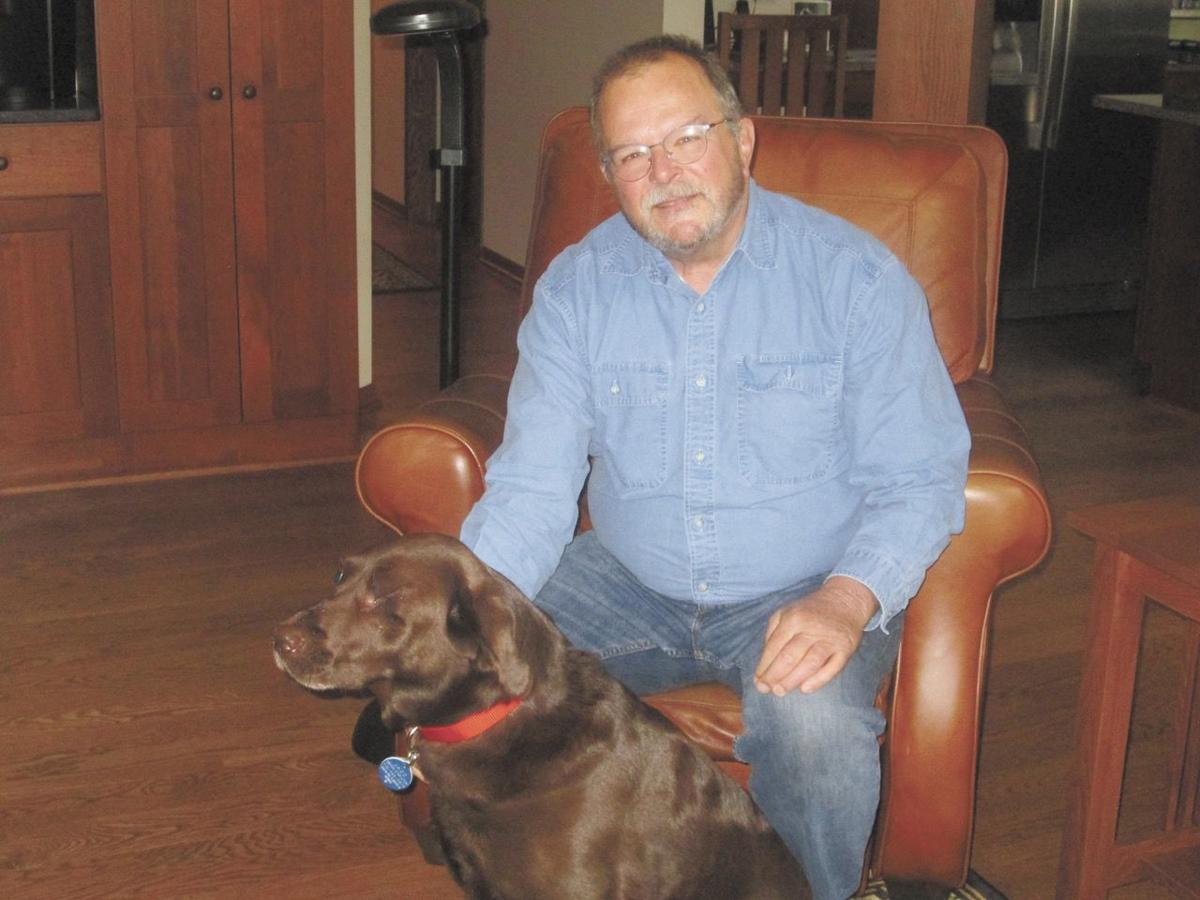 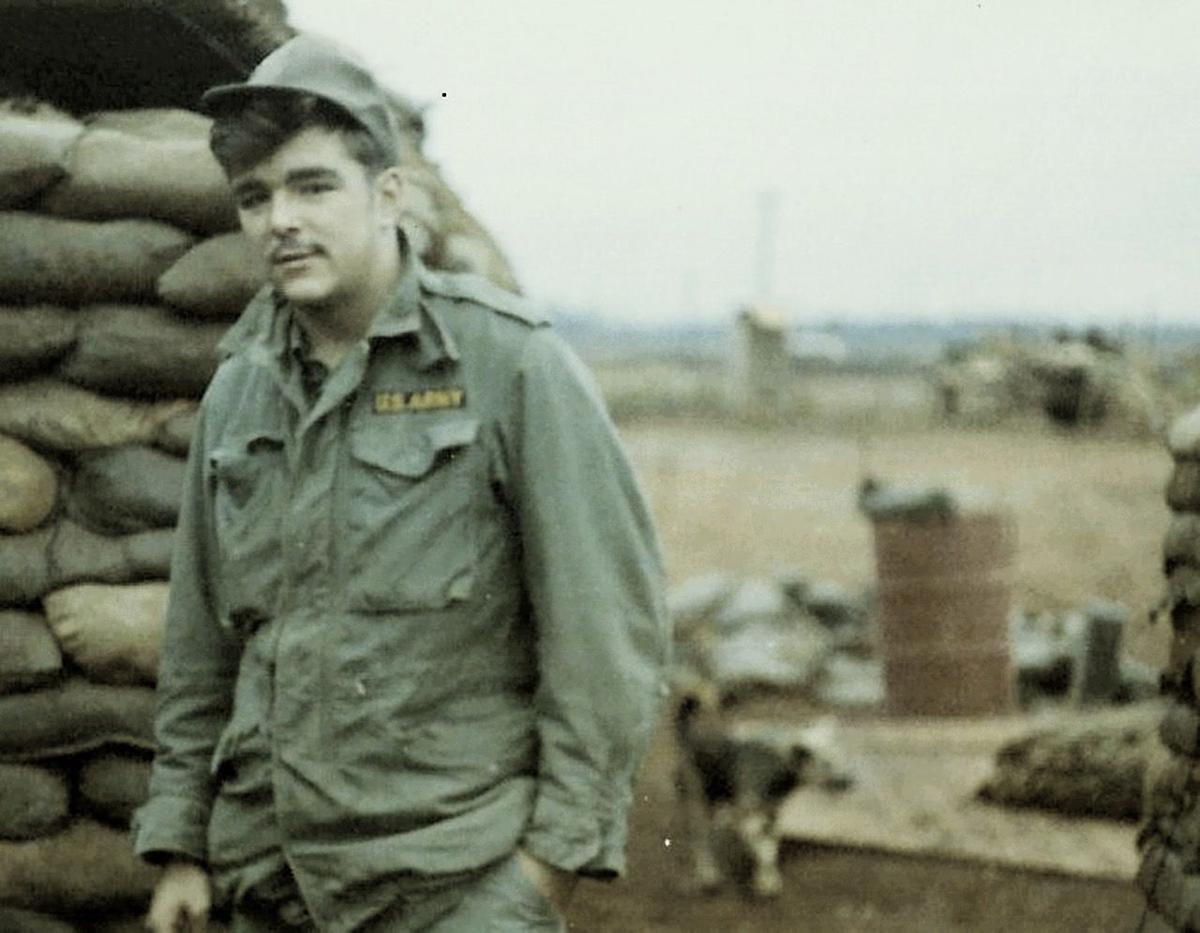 “Unless I really screw-up I won’t be sent to ‘Nam,” was the way Joe Dwyer categorized his position as a financial specialist while stationed in Germany.

Joe was born in Chicago in December 1948, to Walter and Katherine Dwyer. His father was a successful business person who worked in the paper industry and his mother was a homemaker. They eventually became small business operators when Walter lived out his dream of owning his own business and purchased a drive-in restaurant called Dog and Suds.

Joe’s siblings included two brothers and two sisters. Both of his brothers also served in the military. Bill was in the U.S. Air Force (USAF) and was a mechanic who worked on B-52s. Joe’s younger brother, Don, served in the U.S. Army (USA) after being drafted in 1970. His sisters, Pat and Jeanne, and his brothers are now living in various locations in Illinois and Missouri.

Joe’s early schooling took place in schools in the Chicago area. Because of family moves, his high school years consisted of three different schools in 4 four years. Joe said he was unattached to any of those schools. He graduated from Belvidere High School in 1966.

After graduation, Joe decided to try college. He laughed as he explained that he liked to play more than study. It became apparent that school wasn’t going to work at that time.

In an effort to try to control his future, Joe decided to enlist. He took a battery of aptitude tests and in March 1967 decided to enlist in the U.S. Army for a three-year commitment. After a couple of bus rides, with a train trip in between, he travelled from Chicago and ended up in Fort Leonard Wood, Missouri.

Describing bootcamp routine and physical training (PT) as rigorous, but not overly taxing, Joe told me of the miscellaneous duties he was assigned as part of his basic training. Saying that basic training meant “really basic,” he told of being assigned kitchen patrol (KP), super-cleaning latrines, and cleaning the general’s office. For some reason he never participated in bivouac training as he was always assigned to other duties.

Joe offered one humorous anecdote from basic training. All of the soldiers in his unit were in formation waiting to receive multiple immunizations which were delivered by a Jetgun air injector. One soldier, a “big dude,” who played fullback for the University of Nebraska, fainted in line while watching others receiving their immunizations. Joe said he did his part by preventing the soldier from hitting the floor.

After successful completion of his eight-week basic training regimen, Joe was reassigned to Fort Benjamin Harrison in Indiana. He laughed as he said it was affectionately referred to as “Uncle Ben’s Rest Home.” Except for the fact that he could still not type well, the four-week clerical training program got him prepared for his assignment to the 3rd Infantry Division at headquarters in Wurzburg, Germany. His duties in the finance section included handling all of the payroll activities for a group of companies in his division.

During off-duty hours and leave time, Joe was able to visit some of Europe’s famous cities, including Paris, Amsterdam and Frankfurt, and sample good German beers. He marveled at the age of the cities and the fact that there was still evidence of fighting from World War II. He played in a flag football league and his team played for the European Championship. He thought his duty assignment was secure and he could easily spend the rest of his time in Germany.

After a little more than a year in Germany, on January 5, 1969, he was surprised by orders that sent him to Cam Ranh Bay, Vietnam. He packed up but was allowed a few weeks of leave and went home to visit his family. Then it was on to Vietnam, despite the fact that he didn’t know exactly where he was scheduled to report.

After landing in Cam Ranh, as Joe was waiting to be processed, someone was shuffling through orders and he was pulled out of line. A Major told Joe he was going to stay here and was assigned to the 92nd Finance Group in an audit capacity. Joe said his tin barracks and bunk bed was functional, but certainly not private. He categorized his surroundings as “Spartan, to say the least.” Joe had to walk over a sand dune every day before he arrived at his oppressively hot workplace. His day-to-day responsibilities included performing random reviews of financial records of soldiers. He was tasked with assuring the accuracy of records and resolving problems.

Joe went on to discuss his “NOT day-to-day responsibilities.” He said the Army, in its infinite wisdom, picked soldiers from non-combat groups to ride shotgun in supply convoys that were going in-country. He described his first trip to the Laotian border as “beautiful country, loaded with Vietcong.” He lamented there was no training for these missions as there was no time between reporting to his duty station and being assigned to a convoy.

His first mission was uneventful, but he was amazed at the construction of the vehicle he rode in and the amount of air support they received. The vehicle was a 2.5 ton truck with heavy steel reinforcements, with holes cut in the sides and a 50-caliber gun on a post in middle. The convoy was resupplying munitions for an artillery camp.

During his second excursion a mortar smashed into a supply truck and it was driven into a ditch. This was followed by small arms fire until it was “put to bed” by helicopters that were providing air support. Joe described the action as all members of the convoy passed the damaged vehicle, and when all were in a safe position the vehicle was blown up so it would not fall into enemy hands.

While at the artillery camp, Joe experienced continual small arms and shelling which prevented him from sleeping or resting. He told of the land which was devastated by Agent Orange and the mountainsides that were baked by napalm. It caused him to ponder the life of the other soldiers and civilians who were living near the war zone.

Be careful what you wish for

Soldiers in the field with payroll discrepancies had no good means of addressing contested financial records. In some cases, the pay was needed to support a family in the United States, but it was not being issued. They could not address the problems unless they were in Cam Ranh Bay and they could not get to Cam Ranh Bay unless they were sent there for another reason.

Joe recognized the problem, approached his leadership and convinced them to allow himself and others in his finance group to go to the soldiers. He told detailed stories of his incursions into the jungle camps to meet with soldiers. He said his helicopter trips were an interesting way to see the country. Eventually, reaching out to the soldiers in this manner became a widespread tactic.

Joe later described the emotions he experienced while organizing and packing files for soldiers who were killed in action (KIA). Some of these soldiers he had previously met in the field.

Joe shook his head when he explained his decision to extend his stay in Vietnam in order to get discharged three months early. On March 14, 1970, He departed Vietnam for Seattle, Washington, and discharge. On his way home from Seattle, he was the only passenger on an aircraft heading to Chicago and home to surprise his parents.

After service, Joe said it took some time adjusting to civilian life. He did not feel animosity, but he did not feel especially welcomed. The “thank you for your service” comments he receives seem somewhat hollow.

The GI Bill helped Joe finance his education. After serving, he was more mature and focused on his studies. His plan to enlist and then get back to school was a success. In 1975 he graduated with a master’s degree in psychology.

Although Joe’s plan of teaching psychology did not work out, he had a successful career in health care and corporate marketing and strategic planning. With a chuckle, he described how he negotiated himself out of a job. This led to an opportunity to start his own small printing company in the Twin Cities. Upon retirement he moved to the Moose Lake area.

Joe recalled how he got down on life during his time in Vietnam. He got back on track after thinking about others who were in worse situations. Those thoughts drove him to accomplish things while he was serving there. He saw opportunities to help fellow soldiers through his job duties and in organizing recreational pursuits.

Expounding on his feelings toward war, Joe hoped U.S. citizens would learn that veterans take a slice of their lives and set them aside for others. He mentioned the emotional, financial and opportunity costs that cannot be recovered. He suggests an entirely different concept of war would be held if more politicians, or their families, served in the military. If that were true the U.S. may not be so quick to get involved without committing adequate resources and long-term care for soldiers afterwards.

Joe and his wife Jan have been married 39 years. They live in the Moose Lake area.

How has the COVID-19 Pandemic affected you financially?