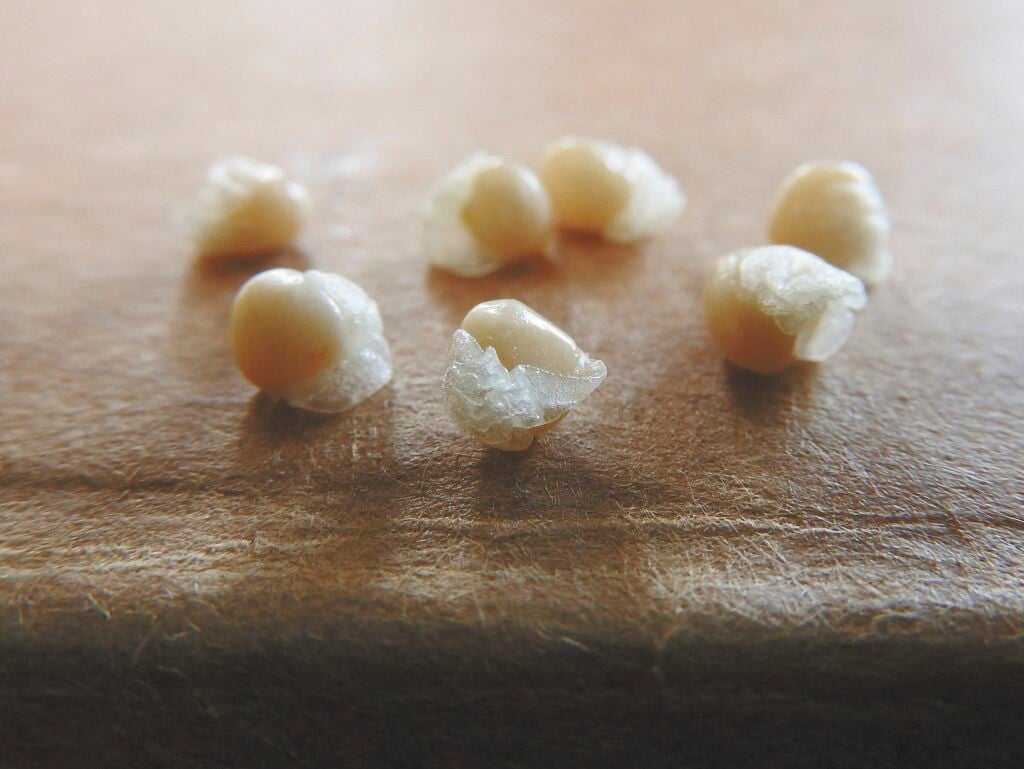 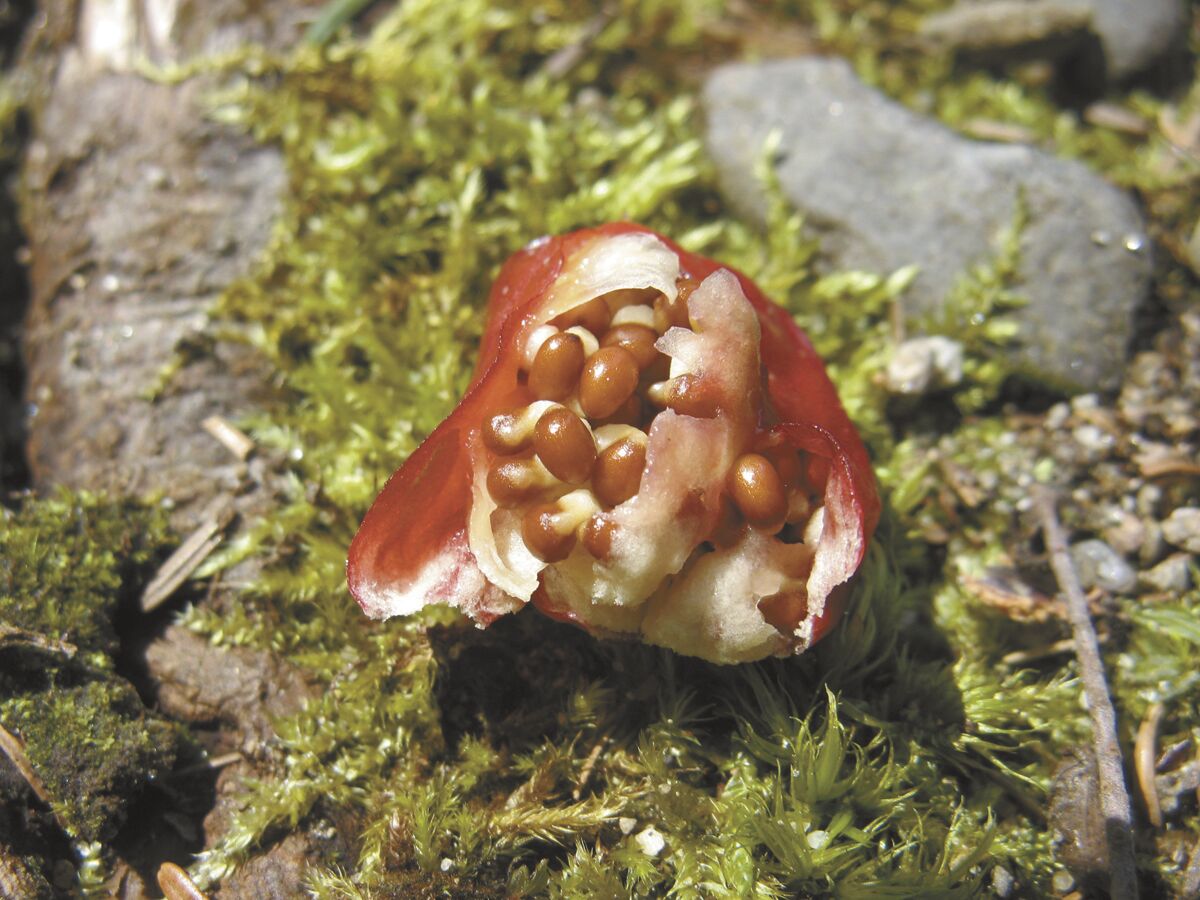 The capsule from a Trillium flower splits open to reveal brown seeds with white elaiosomes. These attachments provide ants with nutrients in exchange for transport, but new research points to additional complexities in that relationship. 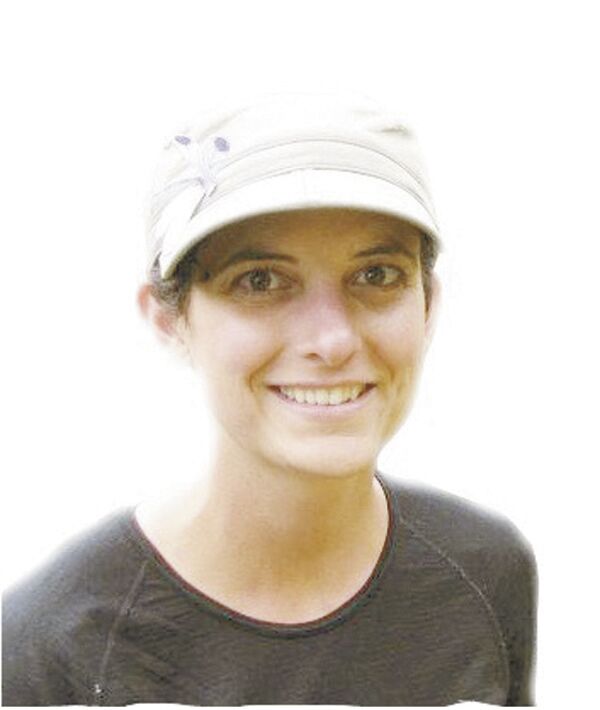 The capsule from a Trillium flower splits open to reveal brown seeds with white elaiosomes. These attachments provide ants with nutrients in exchange for transport, but new research points to additional complexities in that relationship.

On a humid morning in late July, I found myself hiking the steep trail to St. Peter’s Dome with an energetic family and a swarm of mosquitoes. I remembered fondly back to my early spring hikes — when the wildflowers were in full bloom and the bugs had not yet hatched.

I interrupted my own reverie when I spotted a little green capsule dangling among the graceful leaves of a large-flowered bellwort. Last May, I’d stopped several times to photograph this plant’s sunny yellow petals, and here was the next step: a pod full of seeds.

The seams on the three-sided pod were already bursting, an action which botanists call “dehiscence.” As I cradled the opening pod, tiny seeds landed in my palm. With cream-colored faces and tiny white wigs, they could be the start of some miniature George Washington dolls. Actually, though, the wigs are little packets of fatty goodness called elaiosomes. I like to describe them as donuts for ants.

Back in 2013, when I first learned and wrote about elaiosomes, the most popular hypothesis was that the flowers were bribing the ants to carry their seeds into anthills, where they would be discarded on a compost heap — well-fertilized and out of the reach of hungry birds and raging wildfires — to grow. Other hypotheses are being tested as well. Recent research highlights other nuances of the relationship between ants and plants. I called three of the scientists doing that research to find out more.

Dr. Chelsea Miller, who recently earned her Ph.D. from the University of Tennessee in ecology and evolutionary biology, did some field work that sounds lovely. First, she went out in early spring, when all of the trilliums were gorgeously in bloom, and flagged 30 individuals of a few different species. Then, she went back in late summer when their seeds were almost ready to dehisce, opened the pods a tad early and put the seeds out on a “seed depot,” which is a fancy way to say a place that ants can get to that also allows scientists to keep an eye on the seeds. Then she sat down, set a timer for an hour, and waited.

As you can imagine, Chelsea saw more than ants. “I had a lot of quiet time to myself in the woods,” she told me. “It’s kind of a gift.” An oblivious deer wandered by, interesting birds grew used to her presence, and once a bear showed up. Chelsea also saw (about half the time) one or more ants arrive at her depot, pick up a seed by the grippy elaiosome, and carry it off. She then followed the ant until it dropped the seed or arrived at its nest, and measured that distance — usually only a couple of meters or so.

Chelsea observed that seeds from common and widespread species of seemed to attract more attention from ants than their more rare cousins. Using mass spectrometry, she confirmed her hypothesis that the elaiosomes of the widespread species contain more of the nutritious oleic acid than the rare species of she tested. The conclusion is one any entrepreneur can understand: flowers are more successful when they make more desirable donuts for ants.

We can watch as an ant removes an elaiosome and either eats it or feeds it to the colony, but what if the ant is adding or subtracting things from the seed that we can’t see? Dr. Chloe Lash, who just earned her Ph.D. from the same lab as Chelsea, studied how ants impact a seed’s microbiome as they handle it. Microbes are living things like fungi and bacteria who we can’t see with our naked eye.

In order to do the study, Chloe made a pool of the microbes, extracted DNA, and put the samples through a machine that sequenced the DNA. This told her who all was there and their relative abundance. She analyzed the microbiomes of bloodroot and wild ginger seeds straight from the seed pods; after ants had handled them; and after she had removed the elaiosomes herself. As predicted, the microbiomes changed. Ants not only removed the elaiosomes, they also removed several potential pathogens from the seeds and altered the entire microbial community.

One day, while Dr. Kirsten Prior, now a professor at Binghamton University (SUNY), was watching her own seed depots for signs of ants, a slug crawled by and scraped the elaiosome off one of the seeds. At first she was just annoyed at its interference, and then, as science often works, she decided to study the slug. In Europe, native slugs eat whole seeds to get at the nutritious elaiosome, and then poop out the seeds where they can grow. This non-native slug who Kirsten observed just stole the donut and left the seed where it lay, interrupting its dispersal.

Why should we care about nefarious slugs? Ants disperse the seeds of 30% to 40% of our understory plants, including many of the beautiful spring wildflowers who are disappearing. There are other invasive villains out there, too. Non-native earthworms seem to displace ants. In other places, non-native ants may be changing how and which seeds get moved around.

During the interview, Chelsea told me that “The most exciting thing is how much we don’t know!” These scientists have made interesting discoveries about relationships that are integral to our ecosystems — and that impact our favorite wildflower woods. They’ve also made it clear that we have much more to learn. I, for one, learned that sometimes it is worthwhile to take a walk in the woods . . . even during mosquito season.

For more than 50 years, the Cable Natural History Museum has served to connect you to the Northwoods. The Museum is now open with our brand-new Mysteries of the Night exhibit. Connect with us on Facebook, Instagram, YouTube and cablemuseum.org to see what we are up to.

What show is your pick for the 2020 Emmy Award for Outstanding Comedy Series?

The Emmys are this Sunday, Sept. 20 Can we pick the winner in the comedy category?