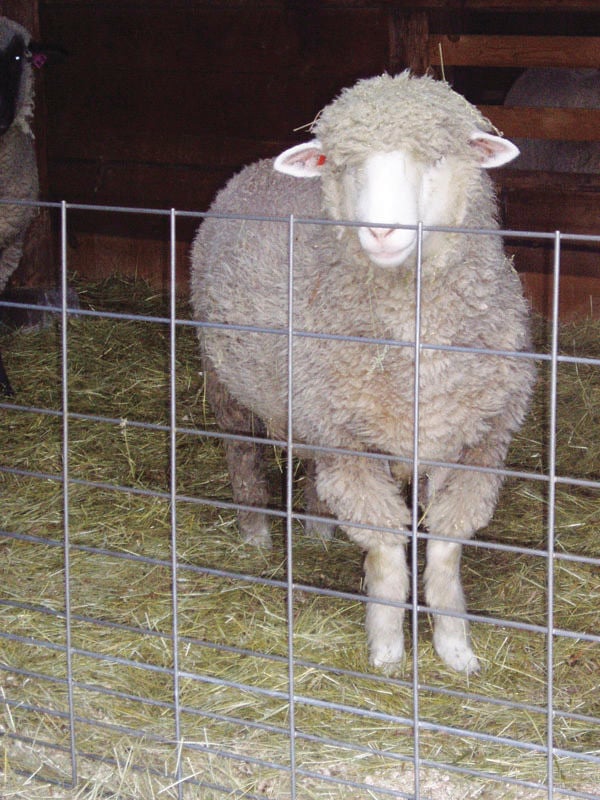 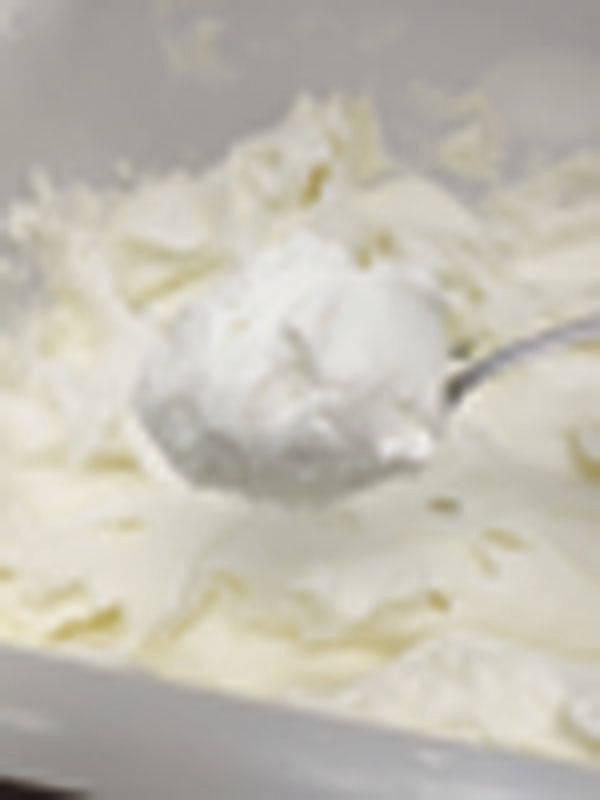 A scoop of the delicious new cheese.

A scoop of the delicious new cheese.

Some good things are definitely worth waiting for. In the first two articles I wrote in 2018, we celebrated Kara’s completion of her cheesemaker’s license. It was the culmination of a five-and-a-half-year process of training and dedication.

Licensed Wisconsin cheesemakers are a relatively small crew — Kara is the only cheesemaker in Sawyer County and one of just 60-plus women cheesemakers in the state. Everyone was eager for cheese, but a few critical elements needed to come together for this to happen.

Cheesemaking takes hours at a time, with uninterrupted focus. It also must be made with fresh milk. On our farm, we milk sheep, which yields milk with the unique property of being able to be frozen in specially designed milk bags. This works great when making the gelato, but proved less than ideal for cheesemaking.

So Kara needed to focus cheese production when fresh milk was available. This created a scheduling problem because traditional lambing in the spring meant that milking season was in the summer, which is when everything happens on the farm and Kara has a busy time keeping up with making gelato. We were going to need to be creative to find a workable way to make our sheep’s milk cheese.

Kara was already exploring the idea of off-season lambing. Instead of breeding in the fall and lambing in the spring, she deeply researched the possibilities of breeding in the spring and lambing in the fall. Initial experiments in this flip of seasons created great learning opportunities in best breeding daytime temperatures (too warm of a spring and the rams are infertile) as well as best breeds of sheep for cycling offseason (introducing our new California Red ram Rusty).

Our first few years with fall lambing showed modest success for pregnancy rates, but this has been steadily improving as we adjust our flock’s genetics and the timing for turning in the rams in the spring. Fall lambs, we witnessed, were notably heartier and chunkier than spring lambs, likely because their mothers were eating lush pasture grasses during their pregnancy, rather than dry hay.

And because in late September and early October the concrete barn floor is still warm from summertime (rather than still a chilly block of ice in the spring from winter’s freezing), we had much less struggle with hypothermia. By the time winter set in, the lambs were big and chubby, ready to take the cold with a nice layer of curly wool.

This month, however, it all came together. This was the first lambing for some of Rusty’s children, we had our timing down much better, and we had enough milk stored for gelato demands. It was, at last, time to make cheese! Kara was thrilled as she hovered over the vat in Farmstead Creamery’s tiny dairy plant, culture and pH tester in hand.

Many sheep milk cheesemakers focus on hard, cave-aged cheeses. Just before starting college, Kara interned on such a cheesemaking farm in Vermont and learned that the cheese cave environment was not where she would want to spend her career. Too much mold! She would seek her cheesemaking niche in softer, younger cheeses.

One of the beauties of sheep’s milk is that it can open a whole new world of possibilities for folks who are lactose intolerant. This problem is most often specific to cow’s milk, whereas sheep’s milk has a completely different lactose structure. Since we started making our sheep’s milk gelato in 2012, we’ve witnessed time and again folks who thought it was going to be almond or coconut milk for the rest of their lives discovering they could enjoy sheep’s milk gelato without any adverse symptoms. The glee was palpable!

Focusing on softer cheeses made from sheep’s milk would continue to serve those of us with cow’s milk allergies or intolerances by offering a product that could make an easy swap-out for cream cheese, chevre or other soft, spreadable cheeses that just aren’t the same experience as a pseudo-dairy product. Kara wanted a cheese that was delicious plain but also could lean savory or sweet, depending on the inclusions desired.

We waited anxiously as she pored over the vat, tying up the cheesecloth bags for the long draining process of the creamy textured curd. Cheese is like alchemy — a good part science as well as a good part magic. Oh, what a joy it was to dip tortilla chips into the first bowl of tasting samples she brought from the dairy!

“What shall we name the cheese?” Kara asked as we savored her creamy creation. We decided that our cheese names should be inspired by some of our flock’s very first, foundational ewes — those characters we’ll never forget and who’s genes are still carried forward by today’s members of the flock. “Muffet’s Magic,” I offered, and it stuck.

Muffet was an adorable Dorset ewe (we acquired Muffet and Tuffet at the same time), with a darling, demure personality and lovely white fur and fleece. This cheese was just as subtle and white as her, and the magic of it was that this soft, spreadable cheese could be so many things: a dip, a spread, a dollop, sweet or savory — let your imagination explore the possibilities. Hooray for Muffet’s Magic and our first official batch of successful cheese!

See you down on the farm sometime.

Do you support a second impeachment effort of President Donald Trump?

A poll concerning an impeachment effort being conducted today, Wednesday, Jan. 13 in the US House of Representatives.