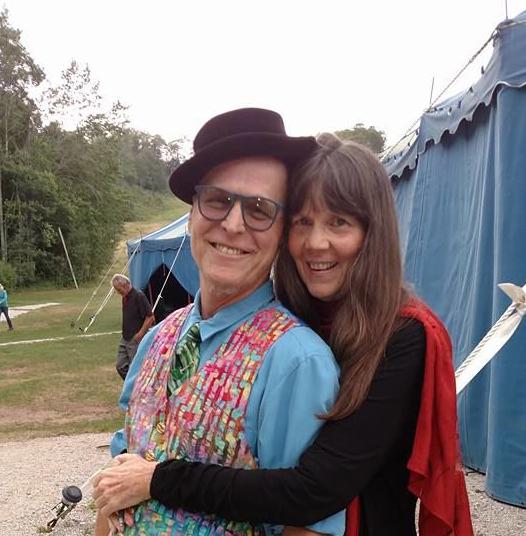 Musician T. Bruce Bowers and his wife, Hope McLeod, embrace at Big Top Chautauqua in July 2016 at a benefit held in his honor after he endured six months of chemotherapy. Over the past four years Bowers continued to perform but lost his battle to prostate cancer in March. 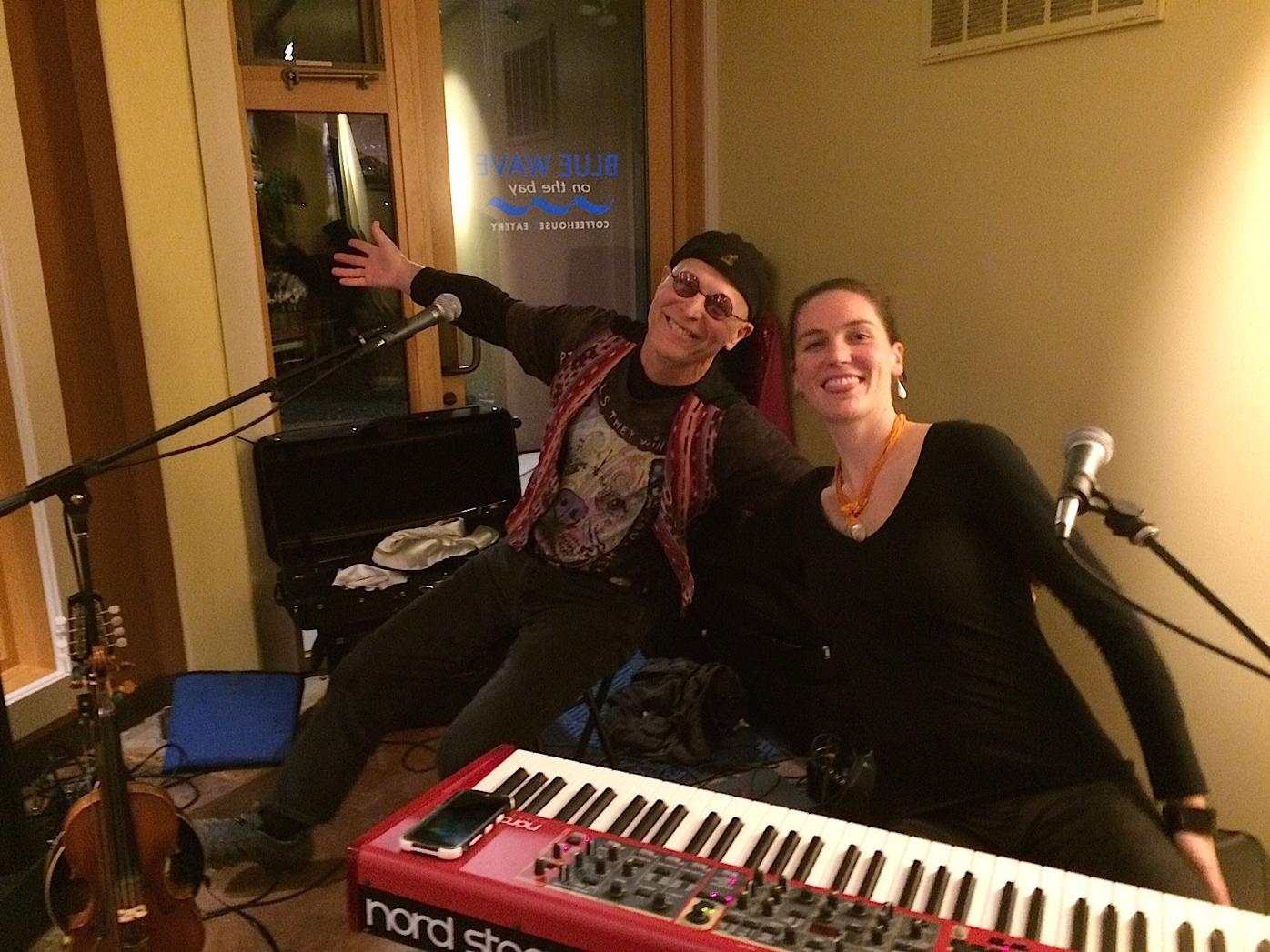 Musician T. Bruce Bowers and his daughter, Yazmin, mug for the cameras during a performance.

“Great Wizard Fiddler” T. Bruce Bowers has taken his final bow on the Big Top stage after succumbing to cancer in March, and during his 69 years, his passion for his craft inspired fellow musicians, entertained audiences and helped elevate Bayfield’s iconic tent show to the pinnacles of the country’s music scene.

A founding member of Big Top’s house band, Blue Canvas Orchestra, Bowers followed a circuitous route from his native Texas to the Bayfield Peninsula. At each stop along the way he demonstrated unflagging devotion to music while performing on stage and working off stage as a sound technician, composer, arranger and bandleader.

Along his journey, Bowers met his singer/songwriter wife, Hope McLeod, in the San Francisco Bay area as she recorded her first solo CD. It was the beginning of the digital recording age, and with a past as an electronics engineer and designer of digital equipment, he became her producer.

“He was right on the cutting edge,” McLeod said.

Love blossomed between the two, and they moved to Washburn as Bowers had been on the ground level in musical productions that led to the founding of the Big Top and its Blue Canvas Orchestra, the heart of the organization.

As he took on multiple roles at the Big Top — from fiddler to bandleader to sound engineer — Bowers’ intensity and passion drew out the best in the performers surrounding him and helped make the tent show a must-visit destination for music lovers.

Bowers’ self-assurance and reliability as a rock-solid performer was like having a safety net, said Gilman, who performed with him as part of the duo Barefoot Wonder. Whenever they played together, Gilman knew they’d put on a good show.

“He had that kind of confidence and prowess,” Gilman said.

But Bowers also demanded much of himself and the musicians he worked with. Although Bowers didn’t expect perfection, Gilman said, he expected hard work.

He said Bowers’ incredible passion and intensity inspired other musicians to step up their game and Willett learned a lot from him as they worked side-by-side in the string section for decades.

“I admired the purity of his commitment to music,” Willett said. “It didn’t matter if he played for three or 3,000, he gave his all every time.”

Big Top Executive Director Terry Matier said Bowers, who played many instruments but was best known for the fiddle and violin, not only played energetic, powerful and exciting music, his personality brightened the stage as well.

“He brought a lot of spice to the stage,” Matier said. “His charisma really connected with a lot of people in the audience.”

Bowers also took the show on the road during Big Top’s off season, and it was during one of his gigs with Gilman in Iowa that his travels took on a grim note: He was diagnosed with stage 4 advanced prostate cancer.

In the end Bowers emerged in remission and he, his wife and daughter, community and bands from all over the country came to celebrate with a huge benefit at the Big Top.

“It was all that love, all that music,” McLeod said.

Afterward Bowers worked as hard as ever and toured all over the country and Cuba, where his daughter, Yazmin Bowers, had been attending the Instituto Superior de Arte for dance and music until returning to Washburn upon his diagnosis.

Yazmin Bowers, who has followed in her father’s footsteps as a professional musician, recalls playing with his broken instruments from a young age and made her Big Top debut at the age of 3.

But Bowers’ reprieve began to end in August when his kidneys failed and doctors informed him his cancer was back in full force.

McLeod watched with grief as the once powerful musician nicknamed the Great Wizard Fiddler and who had played with so many bands and ensembles declined in health until he and his music died March 19.

Memorials can be sent to the Bowers/McLeod family or Lake Superior Big Top Chautauqua.

On the lighter side, which Halloween treat do you grab first?

OK, we can't list them all, but out of what we have here, what do you prefer?