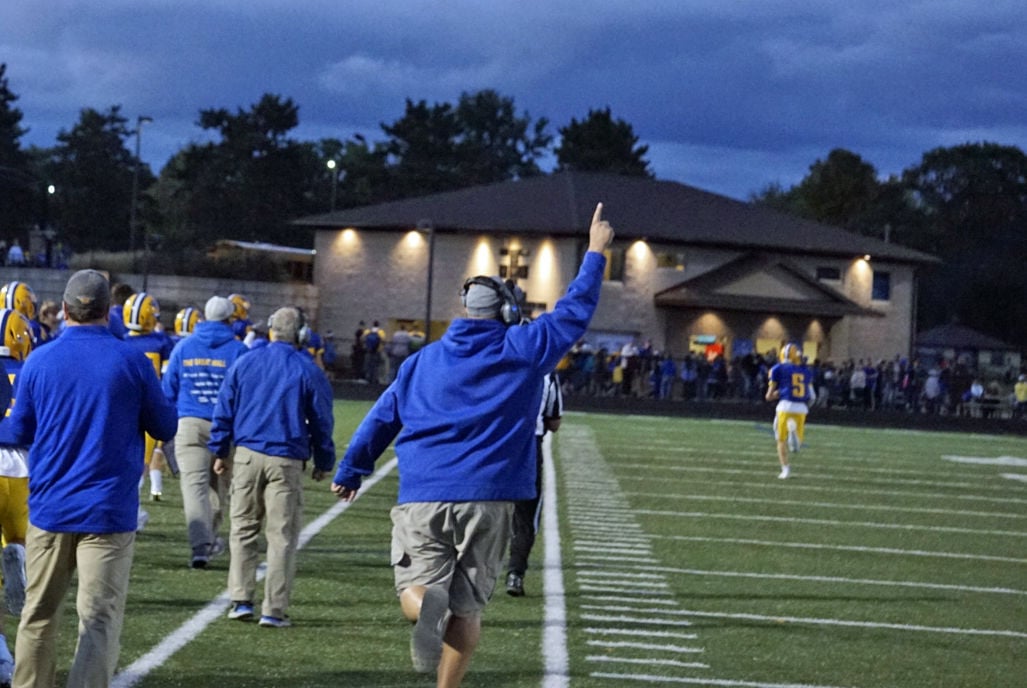 The coaches ran nearly as hard as the players during this touchdown run. 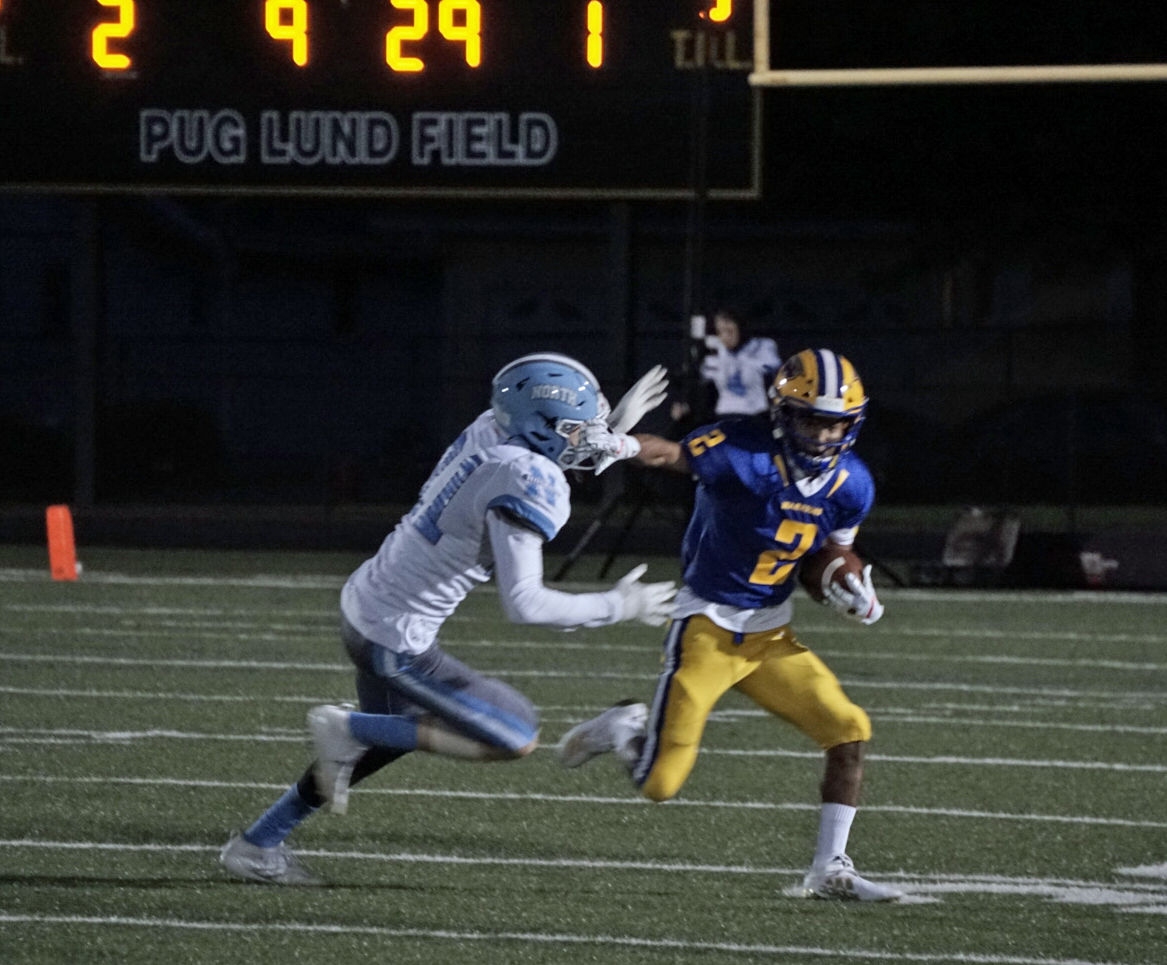 The Warriors beat the Huskies 34 - 13 on Homecoming night in Rice Lake.

The coaches ran nearly as hard as the players during this touchdown run.

The Warriors beat the Huskies 34 - 13 on Homecoming night in Rice Lake.

The Rice Lake Warriors defeated the Northern Eau Claire North Huskies 34 - 13 to pick up their first win on Homecoming night in Rice Lake.

The Warriors opened up the scoring on their first possession with an 84-yard touchdown run on a quarterback keeper. The field goal was no good.

The Huskies took the lead with 6:40 left in the first quarter on a 2-yard run. The extra point was good.

Rice Lake added another touchdown before the end of the quarter and led 12 - 7 going into the second.

An Eau Claire North fumble was recovered by the Warriors, and 3 minutes later Rice Lake scored again in front of the Homecoming crowd. It was 20 - 7 Rice Lake with 7:10 left in the second quarter.

On an ensuing pass play, the Huskies' receiver appeared to bat the ball to a teammate, but the ball hit the ground before the other player scooped it up. However, the officials ruled it a complete pass followed by a backwards lateral.

During the same possession, Eau Claire North lost a fumble with 7.4 seconds left in the half, and Rice Lake took a shot at the end zone as time expired, but it was picked off by a diving Huskies player at the 1-yard line.

The teams went into the locker rooms and the marching band took the field with the score Warriors 20, Huskies 7.

With 9:26 left in the third the Warriors struck again with a 55-yard touchdown run. They added another in the fourth quarter and converted on the 2-point play to make the score 34 - 7.

The Huskies found the end zone for the second time with 43.4 seconds left in the game, making the final score Rice Lake 34, Eau Claire North 13.

The Warriors (1-5) will visit Hudson next Friday, and the Huskies (0-6) will take on Eau Claire Memorial at home.