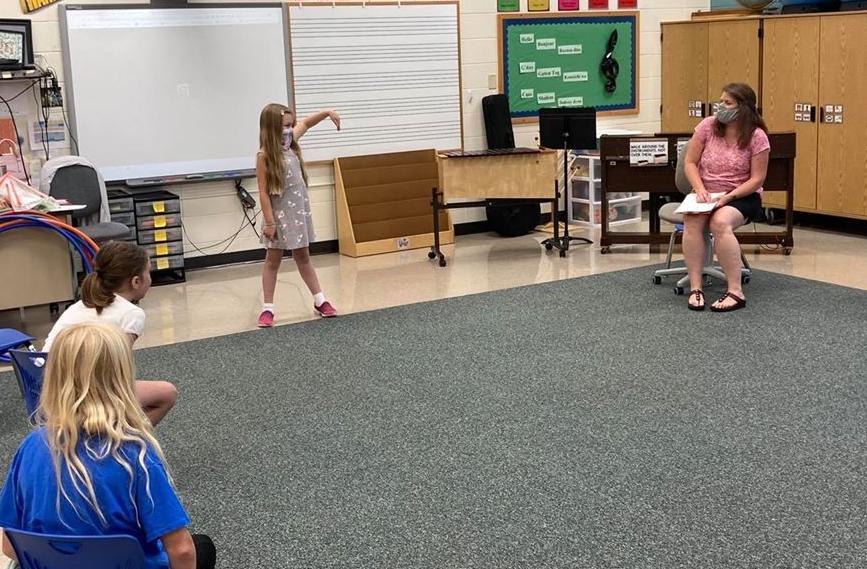 Tainter Elementary principal Joann Walker reported student use of masks is about 50% during summer school, as shown in this classroom. 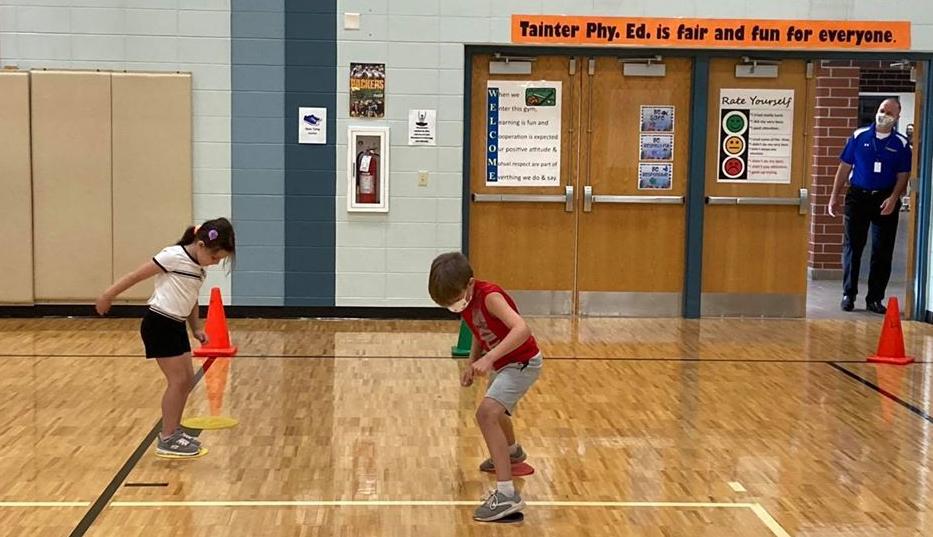 Tainter Elementary principal Joann Walker reported student use of masks is about 50% during summer school, as shown in this classroom.

The 2020-2021 school year plan, which was recommended by district administrator Randy Drost, was approved by the  Rice Lake Board of Eduction at its July 27 virtual meeting on a 8-1 vote.

A third option of a hybrid/blend of the two other options, that was previously proposed, was deemed too complicated to implement at this time. School board member Abbey Fischer, who voted against the plan, was disappointed that this option was not pursued.

Board member Gary Spear asked if students could change from one option to the other midstream. Drost said yes, but it would be easier to do at the elementary level; middle and high school students might have to wait  until the end of a term.

He said that would include wearing them on the buses, both to and from school. Asked about enforcement, Drost said parents have a lot of influence on their children and the district will need that cooperation from all.

Drost said staff and students may not like wearing masks, admitting even he doesn’t like them, but by not doing it they are raising the risk of the need to quarantine.

“We’re trying to keep  everything as safe as possible,” he said, while acknowledging Rice Lake would be the only school district in Barron County with a mask requirement.

Asked about mask usage during summer school that is now in progress,  Tainter Elementary principal Joann Walker said, “While not required, 50% are wearing them.  The kids are doing well with masks.”

She added that even some students who did not wear masks at the start of summer school are beginning to wear them.

Board member Doug Kucko said he concurred with the use of masks and making it a requirement. He said if families object, they have the virtual option.

Board  member Steve Bowman suggested and modeled a type of mask worn around the neck that can be pulled up or down easily, but other board members thought kids could too easily pull them down each time a teacher’s back is turned.

Board member Bert Richard asked if the masks were already ordered. Drost said the district has received 4,500 white, cloth masks.

Board member Josh Estreen asked about face shields for risk mitigation. Drost replied that they would be appropriate in some situations. The district has 250 face shields available.

Board president Keven Jensen was fine with either option. “Something is better than nothing,” he said.

Cleaning, spacing and other concerns were also addressed.

Estreen said parents have had a lot of questions about the chemical solution being used in the misting devices that the district is using for sanitization.

“This is something that’s been out there for a longtime,” Estreen said. “It’s safe and has been used in wrestling for years.”

Drost agreed, noting it is an ionization process; tablets are dissolved in water. He said it is safer than a lot of products used in the past.

“It’s worked well,” Drost said of the mist that is left to sit for at least 10 minutes before being wiped off. “I know of other organizations that have used it and liked it.”

He asked Fischer, the chemistry professor, to respond to which she said the chemical used in the mister is used in drinking water is some countries, so yes, it is safe.

Buildings and Grounds administrator Pat Blackaller said that was his understanding as well.

Blackaller also said upgraded filters in the district’s HVAC system have been ordered to maximize ventilation.

Fischer asked what spacing in the classrooms will look like. Drost said realistically groups of two can be spread out, but in the upper grades there will be two students next to each other, with or without barriers.

He said summer school students have been spaced out in the classroom, but socially distancing in the hallways and bathrooms is difficult.

“I can’t guarantee they will be physically distanced throughout the entire day,” Drost said.

They also discussed open versus closed campus during lunch time at the high school.

“I would hope you keep it open,” Bowman said. “There’s a lot of kids that go home.”

In-school lunch rooms will change pay procedures so student are not using the same keypad. Tables will be reconfigured, even spread out into gyms if necessary, for adequate spacing.

With approval of the school year plan, the board amended its 2020-2021 staffing report to include the addition of 12 full-time, substitute teaching positions, three custodial positions and four health aide positions.