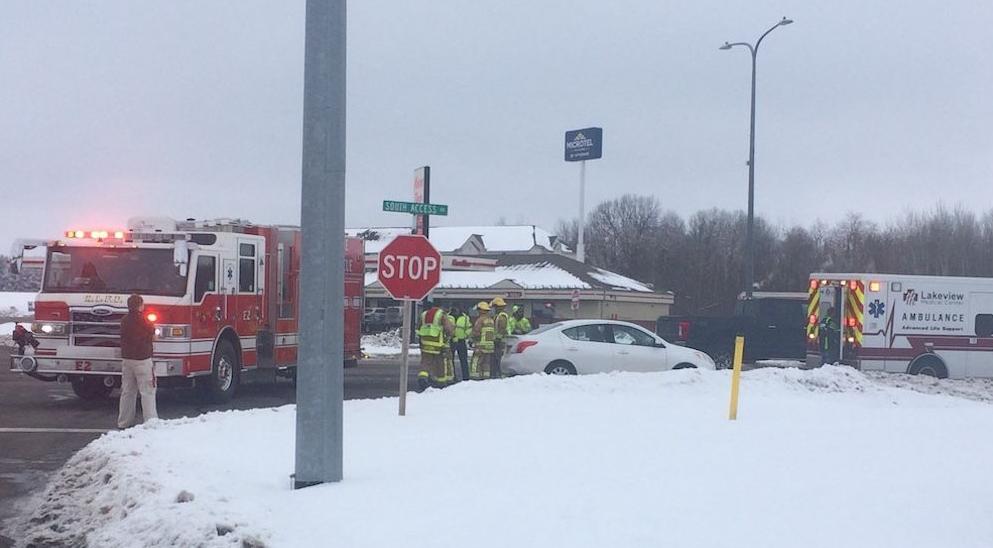 The intersection of Decker Drive and South Access/Highway O is the site of frequent accidents, this one in early January. 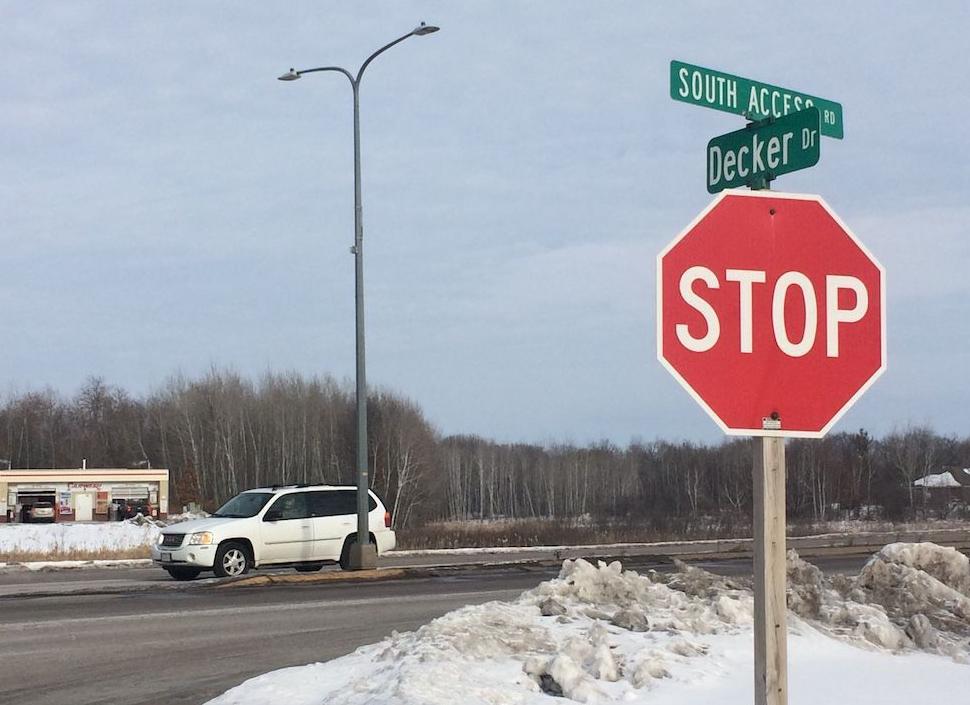 The Barron County Property Committee approved seeking grant for study of the intersection of Decker Drive and South Access/Highway O.

The intersection of Decker Drive and South Access/Highway O is the site of frequent accidents, this one in early January.

The Barron County Property Committee approved seeking grant for study of the intersection of Decker Drive and South Access/Highway O.

A transfer of $30,000 from its contingency fund for a traffic study of the Decker Drive and Highway O intersection in Rice Lake was approved by the Executive Committee of the Barron County Board of Supervisors at its meeting on Feb. 3.

County Administrator Jeff French said the study, followed by the development of a safety plan for the intersection, has the support of the Highway Committee.

Highway Commissioner Mark Servi was present to explain what the resolution hopes to accomplish. He called the intersection “one of the primary sections of concern in the county” and said, “It functions horribly.”

Servi said whenever the city has been approached to share in the funding for a safety study, the response is always that it is not budgeted and it will have to wait until next year.

“We need to move forward with addressing the situation,” said the highway commissioner, who shared that if approved, the state Department of Transportation study would receive 90% funding from the state, with the remaining 10% from local sources, a cost which the city and county could share.

He said the Intersection Control Evaluation would consider any type of reconfiguration — lights, roundabout or other.

Servi said armed with a plan and documentation, he would go back to the city to ask it to pay its share.

All committee members approved making an application for the intersection study. Committee member Bun Hanson apologized for Rice Lake’s reticence to move forward toward a solution.

In other business, the Executive Committee:

• Approved a $5,000 transfer from the contingency fund to a line item in the 2021 general fund as the county’s portion of a $10,000 total cost of a Discover Wisconsin program that will highlight Barron County’s wintertime activities. Economic Development Corp. Executive Director Dave Armstrong said the EDC will fund the balance.

• Authorized Barron County to continue to apply for ATV/UTV and snowmobile grant and aid funding, as supported by the Law Enforcement Committee.

• OK’d a resolution, together with other counties in the state, to request additional child support funding from the state.

• Approved compensating county employees up to three hours a year to give blood, which is up an hour from last year. French said American Red Cross blood drives have been so popular that organizers have asked for a third blood drive a year, and that each be conducted over two days. He said 65 units were collected at the Jan. 28-29 drive, and the next one scheduled is May 25-26.

• Noted that when the auditorium remodel occurs this spring, County Board meetings will be moved to Room 110, with the recommendation of about half of the supervisors attending in person and half remotely. The February and March meetings will remain in the auditorium, with work on it expected to get under way April 1.

• The next meeting of the Executive Committee is the first Friday in March instead of the first Wednesday, which conflicts with the state convention.