The Barron County Board of Supervisors denied Ivanna Bergmann’s request to rezone 5 acres in the town of Turtle Lake from Ag-1 to Ag-2 to allow for an event center in a renovated barn.

Ivanna Bergmann of Turtle Lake stands in front of the barn she moved to her property and has remodeled for an event center.

By a 21-6 vote by the Barron County Board of Supervisors on Monday evening, Ivanna Bergmann’s request to rezone 5 acres in the town of Turtle Lake from Ag-1 to Ag-2 for an event center failed to pass.

“Request is denied; that’s the end of that,” said County Board Chair Louie Okey after the vote with two absent. However, Bergmann, seated in the audience, said, “That’s not the end of it.”

At its April 20 meeting, the County Board denied the Zoning Committee’s recommendation to deny, and remanded it back to the committee for further review. At the May 5 Zoning Committee it approved the request only because it was required to do so by state statute.

Before Monday’s vote, a neighbor spoke against Bergmann’s request and the County Board again discussed the issue.

The neighbor, Julie Nevala of Clayton, said her family lives four-tenths of a mile south of the proposed event center. Her concern was fear of people driving after consumption and late night partying and commotion.

“It may be her dream, but it’s not our dream,” Nevala said.

She said Ag-1 exists to prevent commercial construction in rural areas and said it could jeopardize Farmland Preservation funding. She said she also fears property value will decrease and taxes will increase.

In discussion by the supervisors, Supervisor Peter Olson asked if there was value in delaying and having a public hearing to have the issues readdressed. He said he was inclined to vote against it or table it.

Supervisor Dale Heinecke, another Zoning Committee member, said he agreed with Rogers and said to absolve the committee if the board doesn’t stand by their decisions.

“I’m totally against it,” Heinecke said. “It does not meet any of the restrictions of zoning.”

Supervisor Karolyn Bartlett asked if the Zoning Committee discussed any other way of getting the rezoning request done. Roger replied that there was minimal discussion.

Land Services Director David Gifford read the testimony given by Bergmann at the May 5 public hearing. He explained that part of the problem was that the barn was moved onto her property on April 27, 2016, but the current zoning ordinance was not in place at the time and not adopted until November 2016.

Supervisor Bill Schradle said that shows that somebody dropped the ball five years ago in not telling her of the new ordinance adopted. He maintains she had implied consent to proceed with her project. “She didn’t get enough information,” he said. “She has spent a lot of money, time and effort.”

Supervisor Bun Hanson asked about granting Ag-2 but restricting use to her planned use only and not any of the many other uses allowed.

Supervisor Jim Gores thought it should be rezoned without question and reminded his fellow supervisors that the town board approved it unanimously. Gores said he had a “big time problem” with a city taking 50 acres of cropland for a Walmart, but she can’t rezone 5 acres next to her property.

“Cities can do what they damn well want to, and we have to abide by strict rules,” Gores said. “Cumberland has 20 acres of solar panels standing in corn stalks. It’s a double standard that cities can turn a field into a parking lot.”

Supervisor Bert Skinner, also the Cumberland mayor, defended his city and said, “An ordinance is a law and if not enforced, why have it?”

Other business, the County Board:

• Distributed a survey related to in-person or remote attendance at County Board and committee meetings. County Administrator Jeff French said results will be compiled and discussed at a future meeting.

• Authorized an advisory resolution requesting elimination of the BadgerCare’s eligibility cliff, allowing people to work and not lose their health insurance if they earn a dollar over eligibility rules currently in place.

• Was informed that Barron County was awarded $525,000 in grant funds for the rehabilitation project of the former county nursing home on Highway TT. County staff is working with economic development Director Dave Armstrong and the Salvation Army to work out the various details. The Salvation Army intends to use it for transitional housing.

A Rice Lake man is accused of two felonies — substantial battery-intend bodily harm with domestic abuse modifier and attempted battery or threat to a police officer — after a standoff May 6 on Barker Street, Rice Lake.

Xavier A. Santiago Torres, 29, appeared before Judge J.M. Bitney in Barron County Circuit Court for a preliminary hearing on Monday. He also faces two misdemeanor charges of resisting or obstructing an officer and a felony bail jumping charge.

At the hearing the court found probable cause, and Torres was bound over. His arraignment is set for June 25.

Rice Lake police officers were dispatched to an East Barker Street residence on a report that a woman had been punched in her face by her boyfriend. Officers were told that the man, identified as Torres, may have a firearm.

Sgt. Kevin Reinikainen observed the woman was bleeding from her face, and was crying and upset. She said Torres and one of her other sons were the only ones left in the residence. Asked about the firearm, the woman said she believed it was a handgun and had seen it as recently as two days previously.

Rice Lake Investigator Heather Wolfe called Torres and for 45 minutes she and Barron County Deputy Darren Hodek tried to speak with him and many times attempted to convince him to come out of the residence peacefully.

During the conversations, Torres said if police came near him they would “have problems.” When he was told he was under arrest and needed to come outside or officers would come in to get him, Torres said, “If you come in spraying, I’m going to spray right back. This is not going to end well for you.” He also said that if the officers were in a big city, like the one he was from in Florida, they’d be “taking bullets.”

Wolfe said that officers continued for approximately an hour and a half trying to negotiate with him, and that he eventually came out to the front porch and was arrested.

Wolfe observed Torres resisting and yelling, and saying he was not going to cooperate with officers. They had to physically lift him to his feet and began escorting him to a patrol vehicle. He refused to voluntarily get inside, pulled away and put his feet against the side of the squad.

Hodek sprayed him with pepper spray, and Torres was placed in the squad.

Reinikainen said as he advised Torres to walk to the squad, the defendant said he wasn’t going in there and stated, “Watch this.” At that point Torres ducked his head and body down as he turned toward Reinikainen and drove the top of his head into Reinikainen’s abdomen.

Reinikainen was knocked back and he lost hold of Torres, who attempted to pull away from Rice Lake police Captain Matthew Bach. Another police officer tackled Torres to the ground.

Reinikainen said he was struck in his duty vest and did not suffer injuries except for momentary discomfort.

The woman who called police said she had found Torres sleeping and had tried to wake him for several minutes. She believed he might be on some type of drugs because his eyes rolled back in his head when she was trying to wake him. When he woke she confronted him about what she suspected to be drug use.

Torres started pushing her, she fell to the ground, and then he punched her in the head several times with a closed fist. One of her children came out of his bedroom because she was screaming and the child tried to get Torres to stop. The defendant pushed the child several times. When the woman ran outside the child followed.

Rice Lake police Capt. Brian Larson said the woman was taken by ambulance to a hospital and was diagnosed with a fractured nasal bone.

If convicted of substantial battery, domestic abuse, Torres faces a fine of up to $10,000, imprisonment of up to 3 1/2 years, or both.

Attempt battery to a law enforcement officer upon conviction carries a fine of up to $5,000, imprisonment for up to three years, or both.

Torres also was charged with two misdemeanors. If convicted of resisting an officer, he faces a fine of up to $10,000, imprisonment for up to nine months, or both. The same penalties apply upon conviction for obstructing an officer.

Torres also was charged with bail jumping as he is currently on bond in a case charging him with felony third-degree sexual assault and in another case for misdemeanor charges of disorderly conduct with domestic abuse modifier and resisting or obstructing an officer. 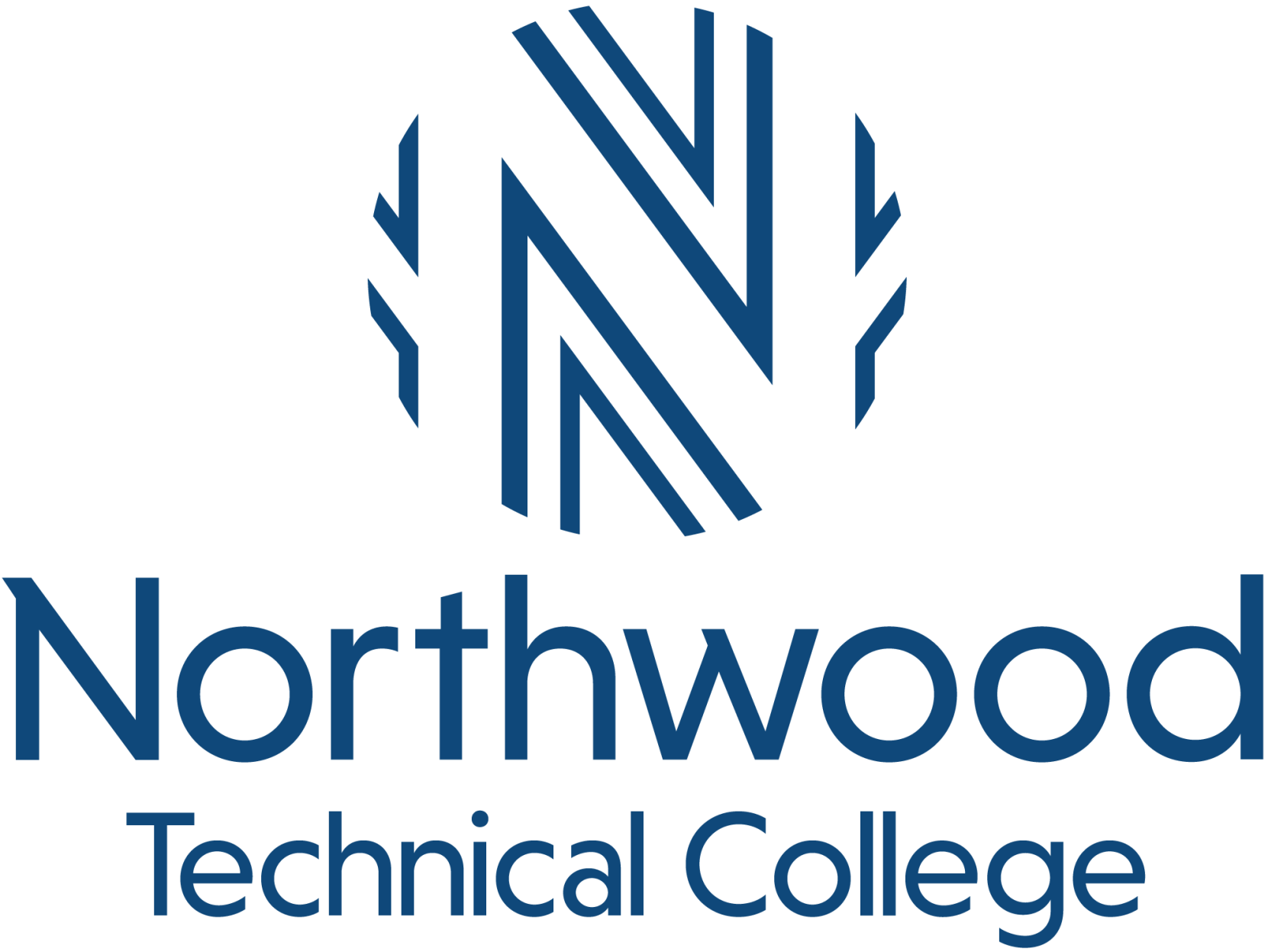 Every 10 years the two-year public technical college reviews its brand logo and tagline, among other things, said college President John Will.

Market research suggested that people were confused over WITC’s name and felt it was “out-of-date,” according to a news release.

“WITC doesn’t really tell you what we do,” Will said.

Results showed that the term “Indianhead” was not widely recognized as a geographic region, especially among younger stakeholders and surrounding counties. The current name, “Wisconsin Indianhead Technical College,” and its short initials, “WITC,” do not clearly articulate the purpose of the College. Some key data points included:

The Rebranding Leadership Task Force narrowed down submissions for a new name and mascot, and five names were sent to student focus groups in early January. More than 750 students and staff voted and preferred the name Northwood Technical College, which will go by Northwood Tech for short.

The college wanted a name to draw students to the college’s area, including people from Minnesota, Will said.

“We know we have workforce shortage issue, so it’s becoming more and more important to keep people close to home and recruit people into the area,” he said. 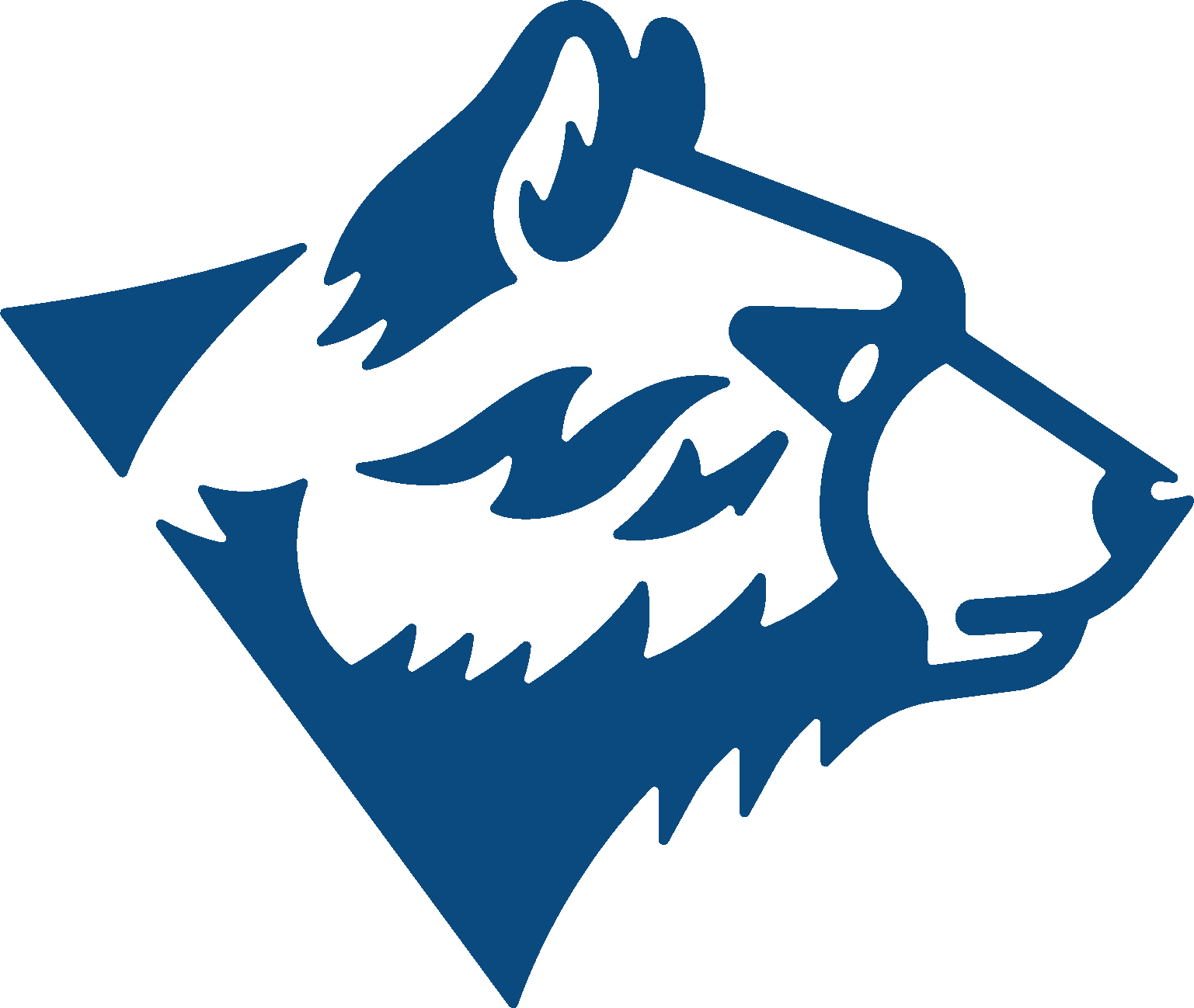 “Blaze the Bear” also will debut in August, Blaze being short for trailblazer. The college didn’t have a mascot, but Will said it could would be used at skills-based competitions where students are excelling and raise awareness of the opportunities they have at the technical college.

According to a news release, more than 400 students voted to choose the bear as the mascot as it represents the themes of grit/resilience and quality. While the college does not have athletics, the mascot will be used at events, as well as regional and national skills-based competitions, such as Business Professionals of America and Skills USA.

The new logo design carries over the WITC blue color. New elements include an “N,” as well as arrows indicating direction. Each end of the “N” also reflects a tree trunk with a small branch. The various pathways throughout the logo are meant to signify the student journey.

Will emphasized that the new name and mascot is a way to move the college, which is more than 100 years old, forward.

“It’s the next step in a long and rich history of technical education in the northwest part of Wisconsin,” he said.