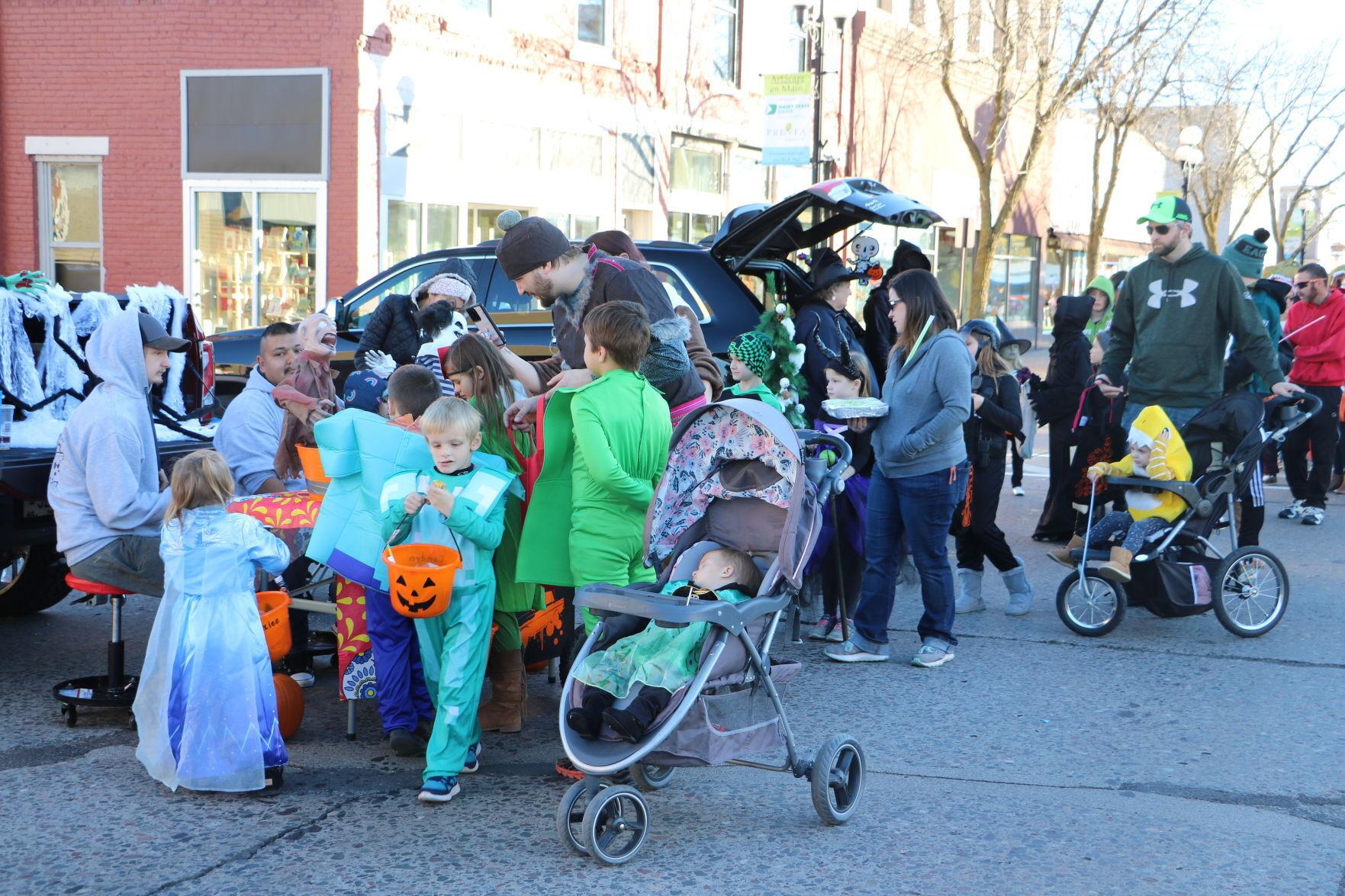 U.S. District Judge William M. Conley sentenced DeCoteau to two years in prison, and Schmuck to one year and one day in prison. Conley also ordered the defendants to jointly pay restitution of $777,283. Both defendants were ordered to report to the Bureau of Prisons on Dec. 29 to begin their sentences.

DeCoteau and Schmuck pleaded guilty to one count of theft of federal funds on July 15 and June 24, respectively. They worked at Ain Dah Ing, which has operated as a non-profit halfway house in Spooner since 1971. DeCoteau worked as the executive director at ADI from 2002 to 2017. Schmuck worked as the bookkeeper from 1990 to 2017. They were fired after the thefts were discovered.

Both DeCoteau and Schmuck pleaded guilty to embezzling a total of $777,283 from ADI by paying themselves unauthorized bonuses via payroll checks that were signed using a rubber signature stamp of the ADI treasurer. The embezzlement lasted from 2007 to 2017.

At today’s sentencing, Conley noted that DeCoteau and Schmuck stole more than 67% of the total funds intended for programming at ADI, and that they gambled away most of this money at local Indian casinos. Conley explained that the defendants violated the trust of the ADI Board of Directors and took advantage of vulnerable people with addictions. In imposing sentence, Conley made clear to both defendants that the gravity of the offense, coupled with the long-term nature of the embezzlement, mandated that they serve prison time despite their claims of being addicted to gambling.

The charges against DeCoteau and Schmuck were the result of an investigation conducted by the U.S. Department of Health and Human Services, Office of Inspector General, and the Spooner Police Department. Assistant U.S. Attorney Daniel Graber handled the prosecution.

The prosecution in the murder case against a Rice Lake man accused of first-degree intentional homicide in the shooting death of a town of Chetek man said the charge will be proved beyond a reasonable doubt as the trial got underway Monday. But the defense countered by saying that the defendant acted out of fear for the lives of himself and his children.

To open the trial on Monday, Barron County District Attorney Brian Wright, leading the prosecution, told the jury the evidence he intended to present would prove that Brunette was guilty of first-degree intentional homicide in the shooting death of Garrett Macone, 24, who was dating Brunette’s estranged wife.

During his opening statement, Wright said on the morning of Sept. 20, 2020, the defendant drove to Macone’s home, entered his bedroom and shot him with a 9mm handgun twice in the back of the head at close range while he was sleeping.

“He pointed, aimed and fired. Garrett laid motionless on the bed,” Wright said. “He pointed, he aimed and he fired a second time.”

Afterward, Brunette dragged the body from the bedroom through the house to the patio before returning to the bedroom to search for shell casings, Wright said. Finding one, the defendant threw it in the woods along with Macone’s cellphone that he had destroyed.

According to Wright, Brunette intended to take the body with him. The defendant had removed a plastic sheet from the woodshed near the house and laid it on the patio. But he saw a person driving an ATV by the property and they made eye contact. Brunette decided to leave.

Macone’s mother found the body in the early afternoon and called 911, launching the investigation.

Wright said that the defendant had driven his estranged wife and their daughter to a St. Paul hospital on Sept. 19. According to detectives who were on the scene when the defendant and his wife arrived at the Macone home Sunday evening, Brunette gave a full confession, saying he left the hospital early the morning of Sept. 20, went to his parent’s house in Rice Lake, got his gun and wrapped it in clothing so his mother wouldn’t see it. At the Macone residence, Brunette donned military-style gloves and surveilled the house before the shooting.

After the shooting, Brunette took off his clothes and gloves before driving back to his parent’s house, where his mother saw him walk in dressed only in shoes and a pair of underwear, Wright said.

According to the prosecutor, Brunette left his parent’s house, drove to Cumberland on Highway 48, headed toward Barron on Highway 25 and threw the gun over the first bridge he crossed. Deputies later located the weapon. The defendant also dumped his clothes in a dumpster in Clear Lake.

But defense attorney Stephanie Thomas-Schmidt said in her opening statement that the case was about love and fear.

Brunette’s estranged wife told him that Macone had threatened the defendant’s life and the lives of their two children and she was the only person stopping Macone, according to Thomas-Schmidt. The daughter may have been safe at that moment in the hospital, but their son was in Rice Lake.

Brunette acted under stress and fear for his and his children’s lives, Thomas-Schmidt said; therefore the defendant should not be found guilty of first-degree intentional homicide.

Tuesday morning opened with the judge explaining to counsel without the jury present that Dr. Veena Singh, a medical examiner formerly with the Midwest Medical Examiner’s Office in Minnesota who was on the witness list, would not be able to appear due to miscommunications.

The prosecution sought to bring in Dr. A. Quinn Strobl, the chief medical examiner at the Midwest Medical Examiner’s Office, but the defense objected and the judge ruled he would not allow the substitution.

The jury was dismissed at about 1:30 p.m. on Tuesday, but a few more witnesses were expected to be called and closing arguments made today. The judge thought the jury might have the case this afternoon.

A 31-year-old from Rice Lake died as a result of a two-vehicle crash on Saturday on Highway 48 west of Cumberland.

The Barron County 911 Center received a call at 3:36 p.m. about the crash, which happened near the county line between Barron and Polk counties.

According to the Barron County Sheriff’s Department’s initial investigation, a car driven by Shelton Hughes of Rice Lake crossed the center line and struck a truck driven by Jared Pedersen, 19, of Cumberland.

Hughes was pronounced dead at the scene.

Pedersen was flown to Regions Hospital in St. Paul with serious but non-life-threatening injuries. Pedersen’s vehicle had caught on fire, but some quick-thinking passers-by removed Pedersen from the vehicle, saving him from more serious injury, the Sheriff’s Department said in a news release.

Highway 48 was closed for about six hours. The Wisconsin State Patrol is helping the Sheriff’s Department reconstruct the crash scene.

Thoughts and prayers go out to the families involved and the passers-by who helped, Sheriff Chris Fitzgerald said in the news release.