U.S. Sen. Ron Johnson speaks to an audience member at the Meth Town Hall meeting on Thursday in Barron.

What can we do, was the question of the afternoon on Thursday in Barron.

People who attended the Meth Town Hall hosted by Barron County Sheriff Chris Fitzgerald and Director of Health and Human Services Stacey Frolick posed many questions surrounding the rise in methamphetamine use, but this question topped them all.

The problem is, there’s no easy answer.

But Fitzgerald and Frolick had plenty of information to share with the audience, which included U.S. Sen. Ron Johnson. All of the meth coming into Barron County originates in Mexico, crosses the southern border and travels through the Twin Cities before getting into the hands of local dealers; Fitzgerald hoped that perhaps Johnson’s efforts could tighten up border security and slow the flow.

Thursday’s Town Hall was the 10th held locally on the topic over the last three years at church, service organizations and schools, and it gave a lot of information to the audience eager to ask questions and do what they could to help.

Some of the reasons people start using the stimulant, which is highly addictive and causes agitation, increased heart rate, increased blood pressure, increased body temperature, anxiety and paranoia, as told at the meeting are heartbreaking.

One 17 year old said he needed to stay on top of school, work and prepare for a baby to arrive. Another student said their family expected them to do drugs. One child said his father even beat him when he refused to take meth.

Frolick, who has seen a rise in meth use since 2013, said she had seen ages of meth addicts in Barron County range from 14 to 66. There was no particular characteristic that defined a user.

“It really does not discriminate,” she said.

Prevention is key, both Frolick and Fitzgerald agreed. The sheriff advocated for police presence in schools to educate students about the dangers of meth.

But one of the biggest problems facing law enforcement and health officials is how relatively cheap it is to buy meth, and how much money dealers can get — as evidenced by a recent case where three people were charged with dealing meth after allegedly carrying $7,000 worth. Fitzgerald said one dealer in another case in Barron County had been caught with $100,000 cash on him.

A former dealer was proud of finally getting through homelessness and finding a job, Fitzgerald said. But two weeks of wages at her new employment matched what she could have made in one day dealing meth.

However, the cost of meth to Barron County society is costly. If a child has been placed outside of the home because of drug use — or any reason — it costs the county about $100,000 for a year.

“We have some placements which cost as little as $3,888 per month and as high as $38,365 per month,” Frolick said after the town hall. “These rates are variable based on the needs of the child and the level of placement required. In 2020 Barron County Department of Health and Human Services spent $900,630 on addiction-related cases, this is down from $2.4 million in 2019. We do not believe 2019 and 2020 costs are indicative of the Barron County Meth or other drug problem decreasing specifically but that other factors including improved programming and COVID likely had an impact. We will continue to evaluate programming and spending to determine correlative factors.”

The senator said at the end of the presentation that a solution has to start on the local level and everyone needed stronger faith, family and communities. Johnson briefly spoke with audience members afterward. Fitzgerald said he wanted to learn more about meth abuse and was in the area.

Other prevention efforts in the county include the Family Drug Treatment Court, for which Barron County received a grant in 2019.

“Barron County was one of 11 counties in the nation to receive this competitive grant,” Frolick said. “The grant amount was $646,951 for three years with the ability to request a one year extension. We began planning for implementation in 2019 and operationalized the court in August of 2020. We currently have 20 adult participants (parents) with 22 children. We anticipate our first program graduations to occur in October 2021. We are tracking our outcome data closely and are working on a sustainability plan to be able to continue with the program after the grant funding has ended.”

Although the problem of meth use in the county is a tough one to tackle, Frolick offered these recommendations for people who wished to get involved:

More information can be found at knowmeth.org.

Cases of COVID-19 are on the rise again. The county jumped from an average of two to three cases per week at the end of July to more than 200 cases this past week. Hospitalizations are going up as well. There were 30 hospitalizations last week alone. Barron County is currently experiencing “high” levels of community transmission. Because of this everyone, regardless of vaccination status, should wear a mask when in public.

“This is not the same virus we were dealing with last year,” said Health Officer Laura Sauve. “We are seeing this COVID virus spread more easily than it did last fall.”

The best way to stop the spread is to get vaccinated. Vaccines prevent severe illness, hospitalization, and death and they are effective against the new Delta variant. Having most people in your area vaccinated will reduce spread of the virus in your community and help prevent new variants from developing. In Barron County, only 53% of those who are eligible for vaccination are fully vaccinated.

In addition to getting vaccinated and wearing a mask indoors when in public, here are some other steps to help protect yourself and those who are most at risk.

Get as healthy as possible. If you are overweight try to lose weight, exercise and eat healthy. If you have a chronic disease, work with your healthcare provider to manage that illness.

Barron County Public Health offers free Pfizer vaccines for those 12 and older and free Johnson and Johnson vaccines for those 18 and older. Vaccines are available Monday-Friday at the Government Center in Barron. Call 715-537-5691, extension 6442 for more information. You can also call your healthcare provider or pharmacy or go to vaccines.gov/ to find a vaccine near you. All COVID-19 vaccines are completely free of charge with no insurance needed. People who get vaccinated between now and Sept. 19 are also able to receive $100 from the State of Wisconsin. For more information on the COVID-19 vaccine, please visit the Wisconsin Department of Health or the CDC vaccine websites. 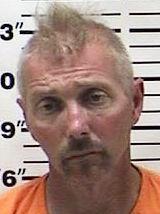 The arrest of three people in Barron County last week as a result of a traffic stop netted nearly 69 grams of methamphetamine.

The traffic stop led to the arrest of Jacob Rheingans, 43, of Barron, who was in possession of almost 10 grams of meth, said a Barron County Sheriff’s Department news release.

A search connected to the traffic stop was executed at a house in Chetek and led to the arrest of Brittany Turgeson, 37, of Chetek, who was in possession of 22 grams of meth.

That arrest led to a search warrant conducted at a house north of Barron and the arrest of Bernardo Garcia, 38, of Rice Lake, who was in possession of 37 grams of meth.

Rheingans is being held in jail on a probation hold, and Turgeson and Garcia were charged by the Barron County district attorney’s office with possession with intent to deliver as well as other charges.

Defendants convicted of possession with intent to deliver face fines up to $10,000, 3 years in prison, or both.

Barron County continues the fight on meth from an enforcement and prevention effort, the news release stated.