Republican candidate for State Assembly Dave Armstrong is continuing to get major media attention for his social media habits.

The article digs up some of Armstrong's tweets from 2015. According to Bice, "On July 10, 2015, Armstrong tweeted out a video on 'slavery's dirtiest secrets exposed' featuring former Ku Klux Klan leader David Duke. In it, Duke makes the dubious claim that Blacks are more likely than whites to have ancestors who owned slaves in antebellum America. This, Duke claimed, undercuts arguments used to justify 'discrimination against whites' today.'"

Armstrong ended his tweet on the video by asking, "Apologies are due to who by whom?" Around that same time he posted three tweets in support of the Confederate flag.

On Sept. 10 he retweeted from @MaddieAdams75, "The economy is so good in NK, Kim Jong-un is demanding its citizens turn over their pet dogs to increase food supply."

On Sept. 6 Armstrong was featured in a national Associated Press story titled, "QAnon conspiracy emerges in some state legislative races."

Armstrong told The Associated Press that he finds core aspects of the conspiracy credible, but not all of it.

"I don't know if we'll ever know the answer to that, nor can we prove it," he said. "That's the biggest thing with QAnon is you can't prove any of it."

QAnon is the name of a farright conspiracy theory that believes there is a deep state plot, slowly being exposed online by an anonymous leader named Q, against President Donald Trump. A major tenet of the theory is that the world is run by a cabal of Satan-worshiping pedophiles who are plotting against Trump while operating a global child sextrafficking ring. QAnon followers believe that this clique includes top Democrats including Hillary Clinton, Barack Obama and George Soros, as well as a number of entertainers and Hollywood celebrities.

John Ellenson, Armstrong's Democratic opponent for the seat, said it would be "dangerous" to elect Armstrong because he "plays in conspiracies and not the truth."

In the Bice story, Ellenson is quoted as saying 'Armstrong's association with white supremacy makes the region appear a "'regressive backwater,'" and further, "Yes, we tend to run to more conservative views here in rural Wisconsin, both Democrats and Republicans, but not alt-right racism."

In response to a Chronotype email inquiry, Armstrong issued the following statement:

"The first thing I would like to make abundantly clear is that I am not and never have been a supporter of the KKK or David Duke, in any way, shape or form. In fact, I didn't even know David Duke was in the video until this controversy erupted. Duke and the KKK are reprehensible and have no place in our society.

"I don't recall exactly where

I ran across the video more than 5 years ago, but I clearly made the mistake of not fully watching it or realizing that David Duke made an appearance at the end of the video. I also was not aware of the context surrounding its creation or who originally posted the original video. Rewatching it, most of the video is a clip from a historical documentary on PBS, but the content that appears at the end is unacceptable. I apologize for inadvertently sharing this video without knowing who was in it and who published it. It was a mistake on my part - one I hope and pray my community will have the grace and understanding to forgive.

"Instead of simply erasing everything we disagree on or don't like, I think it's important to have an ongoing discussion as we work to improve society for everyone. As a matter of principle, I am generally opposed to the idea of cancel-culture. This is a great nation. Rather than erase our history, I believe we can learn from it and the times we failed or fell short of our ideals. We are a work in progress. I am too."

Redevelopment of the former Rice Lake city shop is moving along at 326 S. Main St., adjacent to Marketplace Foods. Caddy Shack Pizza & Taphouse is slated to open in October. A banner on the building also advertises it as the future home of The Hair Garage.

A beer and wine license has been granted to a new restaurant coming to Rice Lake.

Caddy Shack Pizza & Taphouse was granted a Class B beer and Class C wine license by the City Council at its Sept. 8 meeting.

The license application states the restaurant is located at 326 S. Main St., Suite 106 (near MarketPlace Foods). The restaurant will have an inside dining area and a small outdoor patio fenced in behind the building, according to the document.

Applying for the license are Scott and Kaitlyn Bernard, who also own Caddy Shack locations in Chetek and Barron.

"We are excited about the new Rice Lake location," said Scott Bernard in an email to The Chronotype. "The new location will feature our pizza. We will also focus on a large variety of tap and bottled beer and wine. Also, we will have approximately 10 to 12 large screen TVs to watch every sport that we can show."

He said the anticipated opening for the restaurant is sometime in the first half of October. 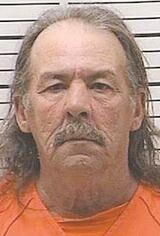 A Rice Lake man has been sentenced to 15 years in prison for sexual assault of a child under age 13.

Raymond Roger Clark, 66, was sentenced on one charge Sept. 8, while another 16 counts of were dismissed but considered at sentencing. All charges related to child sexual abuse and intimidating witnesses.

Clark must serve 15 years in prison, followed by 15 years of extended supervision.

According to the criminal complaint, Clark had sexual intercourse multiple times with two girls, ages 10 and 15, over a period of years.

The older girl said sexual activity happened at least three or four times in Rice Lake, according to the criminal complaint, and once in Cameron.

The younger girl told the social worker that Clark had touched her at least 20 times in Cameron and approximately three times in Rice Lake, and that this had started when she was 3 or 4 years old.

Both girls stated Clark had threatened them with violence if they told anyone.

The younger girl reported that Clark had intercourse with her and threatened to hit her if she would not perform oral sex.

'So far, so good' reports Drost of school start
BY RUTH ERICKSON
rerickson@chronotype.com
09.17.20

"So far, so good," Randy Drost, district administrator of the Rice Lake Area School District, told members of the Board of Education at their Sept. 14 virtual meeting.

Now into the third week of school, there has been one positive case of COVID-19 of the 30-40 students with symptoms who have been sent home either to get tested or follow the Barron County School Exclusion Algorithm (found on district website).

"As far as we know, no other cases have come about," Drost said.

He said there are several models available to gauge the number of positive cases in the county, but Barron County Public Health is promoting the use of the Harvard Global Health Institute-Key Metrics for COVID suppression. High risk levels are based on the number of new cases per day, on a 7-day rolling average per 100,000 people.

He said based on this model, Barron County's 3.2 new cases per 100,000 people currently ranks as the third in the state for the lowest number of cases, only behind Ashland and Price counties.

To keep the county's rate low, Barron County Public Health's gathering recommendations remain at 50% of indoor capacity and an outdoor capacity of 150 people or fewer.

For the latest COVID-19 information related to the RLASD, go the district website, ricelake.k12.wi.us, and choose from information, including parent and mental health resources, scrolling on the right hand side of the page.

Drost also reported that as of Sept. 11, 341 students are participating in the distance learning option, which is down from 388 who initially signed up for that option.

The administrator said district technology staff are in the process (80% complete) of ensuring that all teaching staff have an individual Google Chromebook, which has camera and microphone functions, to stream an in-person class to a student or students who may not be able to be in the class.

When asked by board president Keven Jensen how the

Drost asked building principals to comment on how it has gone in their buildings.

High School principal Curt Pacholke said, "Obviously it's been a learning curve, but I think it's going rather well."

He said staff have been very compliant and only a couple students were sent home the first week for noncompliance.

Middle School principal Josh Tomesh said none have been sent home from his building. He said the kids are doing it, the staff are great, and he thanked the parents for being supportive.

Tainter Elementary principal Joann Walker replied, "We, too, have had no problems to speak of. The kids have been wonderful about it."

Natalie Springer, principal at Hilltop and Haugen elementaries, said, "I would agree. Our kids have been phenomenal. We've had no issues whatsoever, and the staff have been great role models."

Drost added his thanks to the staff, acknowledging that there was a lot of nervousness and consternation at the start of school, but said everyone is working hard.

The district administer also shared information from 37 of 39 school districts in CESA 11 who responded to a survey on their face covering plans pending the Sept. 28 expiration of the governor's mask mandate. Of the 37:

• two school districts are unsure of plans after the governor's order ends;

• five school districts plan to "strongly recommend," the use of face coverings.

Drost said, "In Rice Lake, we plan to continue with the use of face coverings in the same manner as now. This will continue to be evaluated."

In other business, the Board of Education:

• Honored Amy Pelle with the Staff Excellence Award for September. She is in her 26th year of teaching language arts and drama, mentors new teachers and has shown a passion for professional development.

• Heard a summer school report from coordinator Jennifer Jensen, who said attendance was about half of what it is in a normal year. She said that was due, in part, to class sizes being limited to 10 students or fewer.

• Had a first reading of the Red Cedar School handbook.