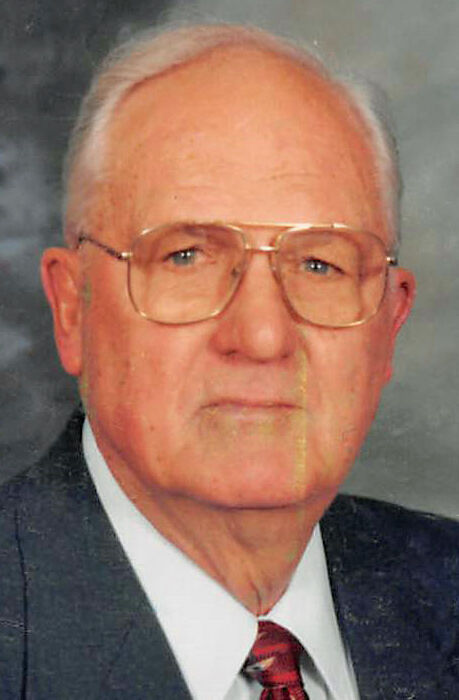 To plant a tree in memory of Warren Soeteber as a living tribute, please visit Tribute Store.

To plant a tree in memory of Warren Soeteber as a living tribute, please visit Tribute Store.
+1
+1

Dr. Warren Harvey Soeteber passed away Thursday, Dec. 10, 2020. He was 102 years old. He was born during the flu pandemic following WWI and died of COVID-19 during the current pandemic.

Warren was born Nov. 5, 1918 in Bayfield. In 1935, he graduated from Phillips High School in Phillips, receiving the American Legion Award as “All Around Boy.”

In 1936, at age 17, he graduated from Price County Normal in Phillips and began to teach in the rural schools of Price County. He was the youngest teacher in the State of Wisconsin at the time and one of only a few classmates to be employed during those Great Depression years.

World War II interrupted his college education at UW-Stevens Point. Warren became an “early draftee” in 1941 and was inducted into the U.S. Army Air Corps. In 1942, he married Dorothy G. Lister in Hawkins. They were together 63 years. Dorothy was a proud registered nurse. Warren loved the game of baseball and while serving his country, played on the Nevada State Championship Semi-Pro baseball team. After the war, Warren returned to college with his growing family and graduated with the award of “Outstanding Senior.” From 1948-1955, he taught elementary school in Kenosha and coached several sports.

From 1955-1957, Warren’s family embarked on an exciting journey that influenced all members for the rest of their lives. He took an elementary principal position in Amberg, Germany and the following year in Kaiserslautern, Germany. At the time the school was the largest American school in the world outside the continental United States, with 1,500 students. The family was able to travel all over Europe.

After returning from Germany, the family moved to Sheboygan where Warren served as principal at Grant Elementary School for seven years and as assistant superintendent for the Public Schools of Sheboygan for five. He earned his doctorate from the University of Northern Colorado in 1969.

From 1970-1982, Warren served as superintendent of the Sheboygan Area School District for its 11,700 students. Emphasis was placed on communication, human relations, staff involvement in decision making, initiating the STRIVE program for low achieving students with attendance problems and TAPS, a teen parent program, police liaison officers in the high schools and middle schools, student representatives on the Board of Education and a schoolwide activities and events calendar for all parents.

Under his direction, the Heritage School was established as a living history site available to all fourth grade students in the county, and after much study, conversion to the middle school system of organization was initiated. This system is still used today. He had the difficult task of helping arrange the closing of three elementary schools and building three new ones because of enrollment decline and shift. He had a beautiful singing voice and loved to entertain in the classroom. Former students would tell him years later about the positive influence he had on their lives.

Warren retired in June, 1982. Over the ensuing years he received numerous awards and recognitions in the areas of education, community service, conservation and environmental involvement and volunteer services.

Warren lived life to the fullest. He loved his family and his Wisconsin heritage. He relished telling stories of the “good old days” to his great-grandchildren. And, they loved to listen. An avid sportsman, he enjoyed the great outdoors, was a voracious reader and could talk about politics and religion all day long. He was devoted to education and the community.

His family would like to thank the Sheboygan Senior Community for their recent care of our father especially during the COVID-19 pandemic. The staff affectionately referred to him as Dr. Warren.

A celebration of life service will be held at a later date.

Memorials may be directed to the Heritage School in Sheboygan.

To plant a tree in memory of Warren Soeteber as a living tribute, please visit Tribute Store.
+1
Plant a tree
+1