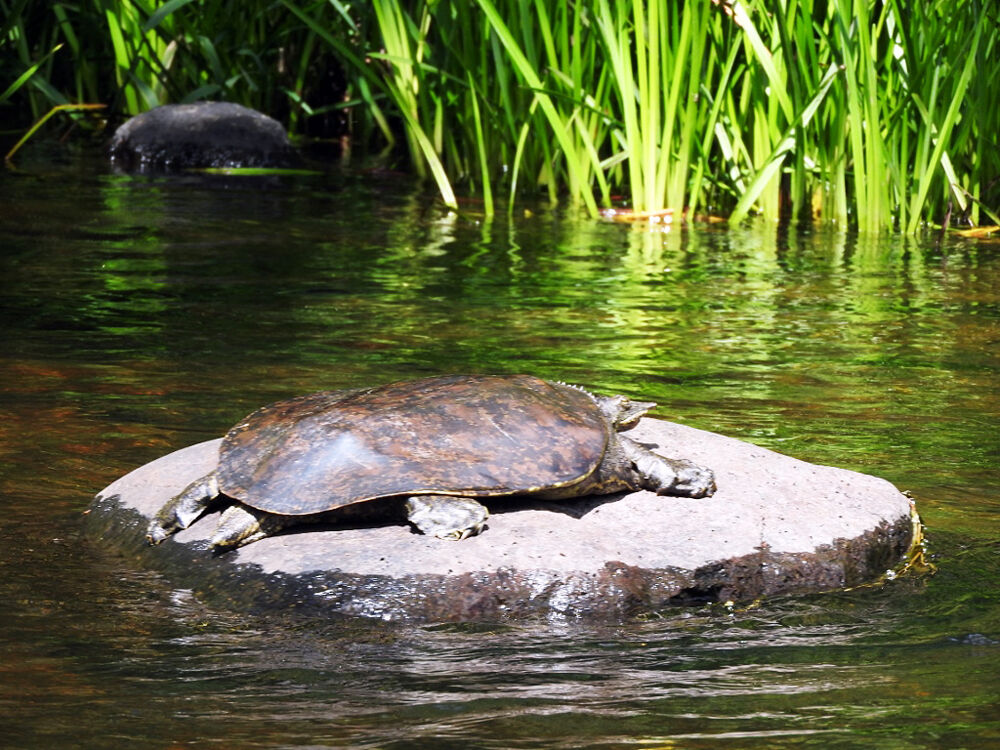 Spiny softshell turtles are unique reptiles with some odd characteristics. 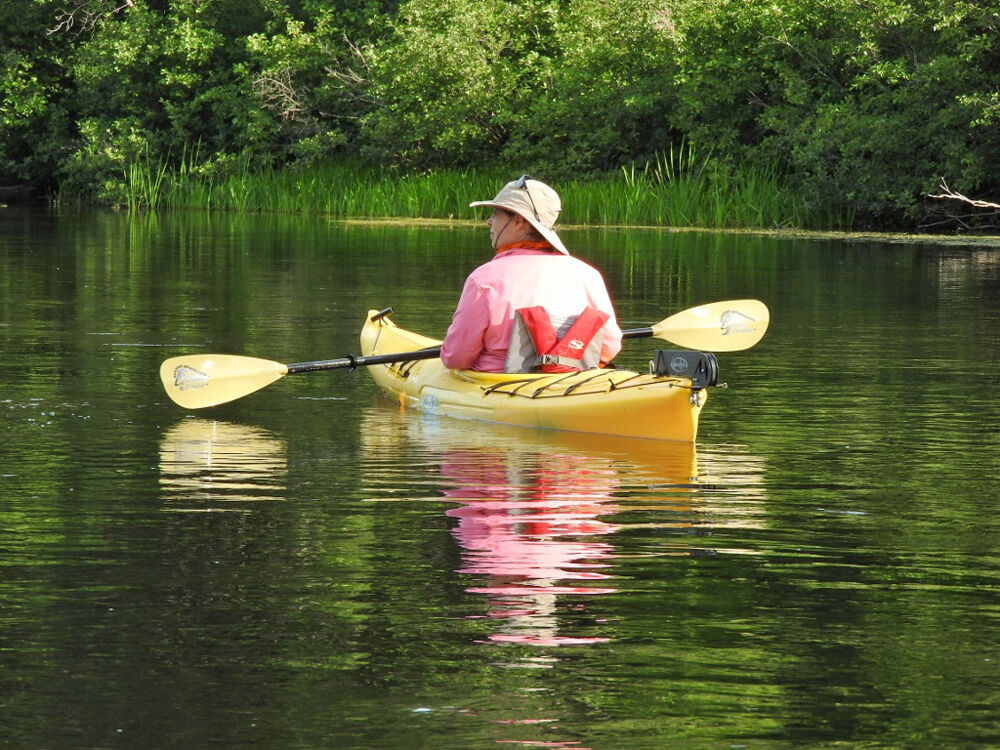 Paddling trips provide an easy way to have socially distanced adventures with friends.

Spiny softshell turtles are unique reptiles with some odd characteristics.

Paddling trips provide an easy way to have socially distanced adventures with friends.

“I need a mental break,” my friend Jamie told me. She’s an essential worker in a small city. Living in an apartment, feeling nervous to visit crowded city parks, dealing with rude customers, and being an extrovert in isolation, have all taken a toll on her mental health. I’ve been realizing how privileged I am to have abundant access to uncrowded nature.

So, we hatched a plan for a socially distanced canoe trip on the Namekagon River.

The urge to give Jamie a hug as I pulled into the river landing was overwhelming, but our masks provided a constant reminder not to get too close. Unloading boats and organizing gear all took place as kind of an orbital dance. When we finally pushed off from shore, we got some odd looks.

Jamie, in my yellow kayak, looked as normal as she can ever look (yes, that’s a poke at my very…unique…friend). But then there was me, with my 16 foot canoe turned backwards so I could sit closer to the middle on what usually is the bow seat. This is a pretty common way for people to solo paddle a two person canoe. All of our camping gear nestled — not touching — in among the thwarts, with plenty of weight toward the front to balance me. At the last minute, I’d thought to grab the paddle from my sea kayak, so I used its wooden blades to maneuver my loaded beast. It felt like I was paddling a tank…or perhaps it could be better described as a party barge.

Hooting and hollering with joy, we swung out to the middle of the river and headed downstream.

Social distancing can seem like a pretty ludicrous oxymoron. Being social didn’t used to mean keeping our distance. It’s odd to feel anxious about getting together. It’s odd to leave so much space between friends when we have conversations outdoors. It’s odd to talk through a mask and leave half of our facial expressions covered when we (rarely) talk indoors at the office, coffee shop, or grocery store. Despite the incongruity, keeping our distance and wearing a mask are now the most caring ways we can be social.

Paddling side by side, instead of having Jamie breathing clouds of aerosols ahead of me in the canoe, is better for talking anyway. And for some reason, she was better at spotting wildlife from the kayak. “Turtle!” she shouted, and pointed across my bow (or was it my stern?) to a sunny rock. There, basking in the sun, was a very odd-looking reptile.

The tiny head, with a super pointy nose, faced upstream. The corners of the turtle’s wide mouth turned down at the corners like a grumpy Muppet. Her golden eye with a horizontal pupil gave the appearance of a perpetual squint. I could tell this turtle was female because of her large size and blotchy shell. Males are smaller, with spots. Her wide, flat body, like a lumpy old pillow with legs, was covered by an almost flat, brown shell, as if last Sunday’s burned pancake had been commandeered for use as a blanket.

And still, as you all knew I would, I squealed with delight, dug in my paddle to aim my course, and searched furiously for my camera. If only Jamie HAD been in the bow of my canoe to keep paddling while I photographed…

Spiny softshell turtles are another foray into oxymorons. Who ever heard of a turtle having a soft shell? Isn’t a hard shell kind of the point? And yet, there it was. Unlike the domed shelters of snapping turtles and painted turtles — with their grid of protective, bony scutes — softshell turtles have a leathery carapace. The flexible shell offers added maneuverability in open water, muddy lake bottoms, and on land, where they can move much faster than most turtles.

That pointy nose? It’s a built-in snorkel on the end of a disproportionately long neck. It allows the turtles to breathe while the rest of their body is submerged in mud, sand, or water, a foot or more below the surface. In fact, they can exchange oxygen and carbon dioxide through many parts of their body, more than most turtles. That comes in handy as they lie in wait for prey — like fish, frogs, and invertebrates — to swim past. The same quick reflexes and powerful bite that help them catch prey can turn defensive in an instant — so watch your fingers!

In a move that’s odd for turtles, but common in other vertebrates, softshell turtles don’t leave the sex of their babies up to the variation in nest temperature during egg development. Instead, males and females are determined by genetics.

As my canoe floated by and I snapped as many photos as I could, I finally saw the source of spiny softshell’s name. A fringe of pointy spines lined the edge of her carapace, just behind her head. From the other side of the river, Jamie admired her, too. I guess a softshell turtle can be spiny. And being social can be done from a distance. So much for oxymorons on the river. Our canoe trip was weirdly normal as we tried to act naturally and face the bittersweet new reality of traveling alone together.