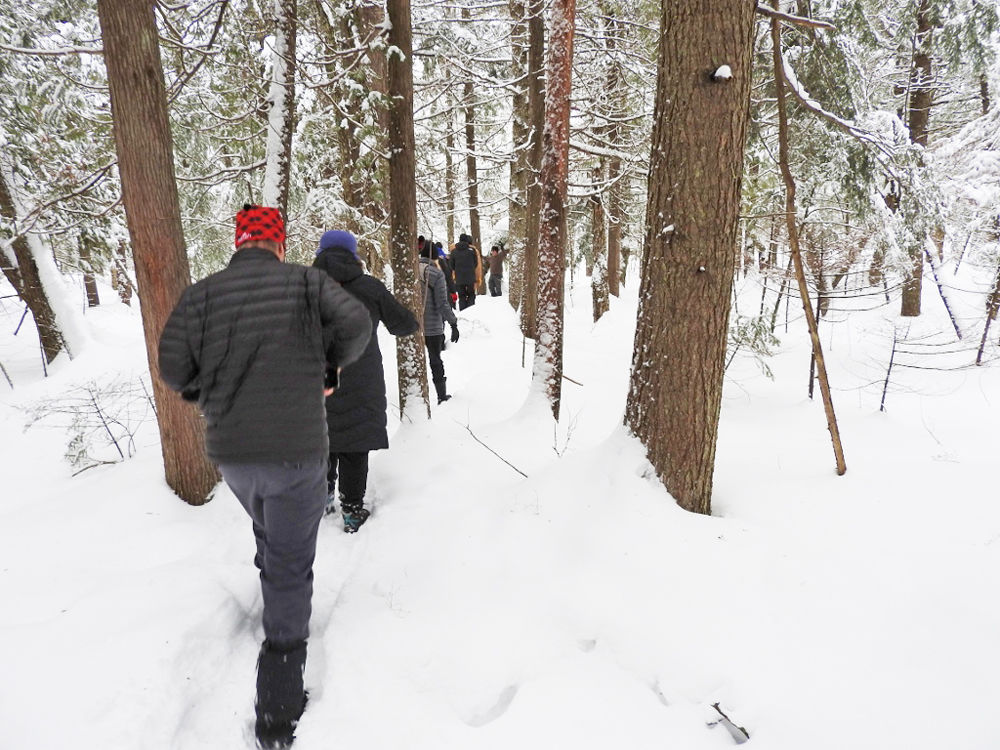 The habitat of martens can be described using words like “coarse woody debris” and “complex structural diversity.” Martens tend to prefer older, messy forests with conifers. 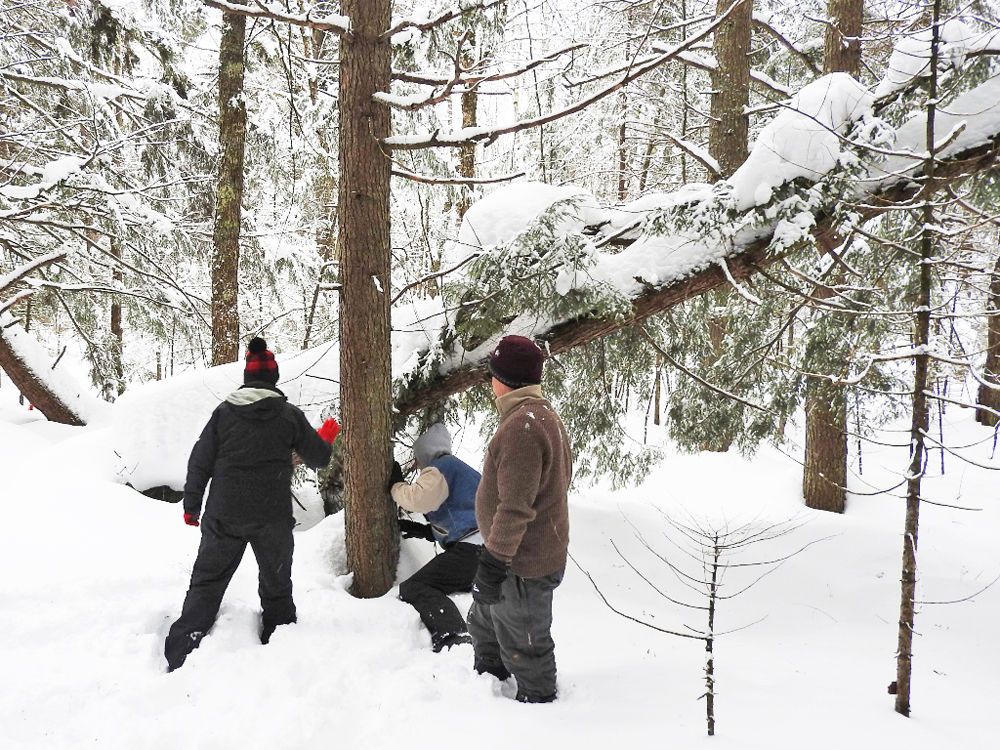 Fallen logs provide shelter for little critters, as well as doorway into the magical “subnivean zone” beneath the snow.

The habitat of martens can be described using words like “coarse woody debris” and “complex structural diversity.” Martens tend to prefer older, messy forests with conifers.

Fallen logs provide shelter for little critters, as well as doorway into the magical “subnivean zone” beneath the snow.

Cindy pulled a slip of paper out of the silver mixing bowl. As she read the words that had been scribbled there with a dried-up pen, her face fell and she gave her head a little shake of disbelief. Then she pushed her chair back from the dining room table, moved it aside, and lay down on the ground. We all sat in stunned silence for a second, and then her team started shouting.

The words were a jumble at first, and then “Coarse woody debris!”

Cindy’s face lit up with a big “Yes!” She popped up and grabbed another folded paper from the bowl as the game continued. Soon, a biologist was hopping like a snowshoe hare, a landscaper was buzzing like a rusty-patched bumble bee, and a retired administrator was erupting like a volcano. The room erupted in laughter, too.

This is what naturalists do for fun after a long day in the field.

The Museum’s recent Wild About Winter Ecology workshop included plenty of serious learning — the lesson on mammal skulls that I wrote about last week, a lecture on wolves in Wisconsin, and 1.5 days in the field with wildlife biologists showing us their preferred habitat. We also spent one evening playing Salad Bowl. This popular party game is deceptively simple and fun for at least ages 10 and up.

As the Master Naturalists gathered around the dining room table in the Gatehouse at Forest Lodge, we divided into two teams, and decided that the topic would be “nature.” Then everyone wrote down four words or phrases on separate slips of paper, and tossed them into the “salad bowl.” Naturally, many of the words referred to nature we’d encountered during our day in the field.

Teams alternate designating a player to pull papers from the bowl. They have one minute to get their co-conspirators to guess as many words as possible. For the first round, you can say anything except the words on the paper. It’s reminiscent of the game “Taboo.” After the bowl is empty, the papers are returned to the bowl, and — using the same words — the teams now play charades. Finally, the words are returned to the bowl for a third round. This time, a player can only say one word for each slip of paper.

While it may seem daunting to guess the items with only a one word clue, this is often the easiest round. Now the teams have heard all the words twice, and inside jokes often develop from previous attempts at guessing. It’s also good practice for the science-minded to think about communicating ideas as simply as possible.

Cindy’s performance of “coarse woody debris” was one of the highlights of the night. Learning about it was a highlight of the day, too. “The original CWD,” joked Jon Gilbert, Director of the Biological Services Division of the Great Lakes Indian Fish and Wildlife Commission (GLIFWC), when he first mentioned it during a presentation in the Clam Lake Community Center. These days, CWD tends to mean the chronic wasting disease that’s impacting deer.

The Forest Service defines the original CWD as “Dead pieces of wood including downed, dead tree and shrub boles, large limbs, and other woody pieces that are severed from their original source of growth or are leaning more than 45 degrees from vertical.” Jon Gilbert defines them as essential to marten habitat. He’s been studying martens for most of his 35 year career. These small members of the weasel family need the structure of CWD to provide entrances into the snowpack, warmth, protection, and a breeding ground for voles and other small mammals who are their favorite food. Martens need messy old forests — with evergreens for canopy cover — in order to thrive.

“Hemlock!” “Yellow birch!” “Complex structural diversity!” “Vole!” “Subnivean zone!” These were all words in the game that came directly from our time in marten habitat with Jon. In fact, there were three versions of “subnivean zone,” and we all converged on the same charade: One arm held flat in front of your chest, while the other hand dove down under like a mouse tunneling into this magical world beneath the snow. Active learning? Addressing diverse learning styles, and multiple intelligences? Check, check, check.

“Gusto!” was another word in the game. Gusto is a scent lure that trappers use as a “long-distance call.” We got a good whiff while Jon’s colleague, biologist Tanya Aldred, explained a new style of camera trap to us. A marten will be attracted by the scent, then stand up on a platform to reach some meat. A trail camera is perfectly positioned to capture the uniquely shaped patch of orange fur on the marten’s chest, and biologists can identify individual martens from the photos. It’s a brilliant plan, but we thought it smelled a little funky.

“Bugle,” came up, too, this time in reference to the elk we’d learned about as well. Wisconsin DNR Wildlife Biologist Josh Spiegel took us to recently thinned aspen groves near wide-open fields to share his research subjects’ favorite habitat. Martens and elk are both residents of the Clam Lake area, but they need very different forest types.

A little bit of contrast can be good, though, as our group illustrates. We were stoic and learned professionals during the day — goofy and competitive teammates by night.