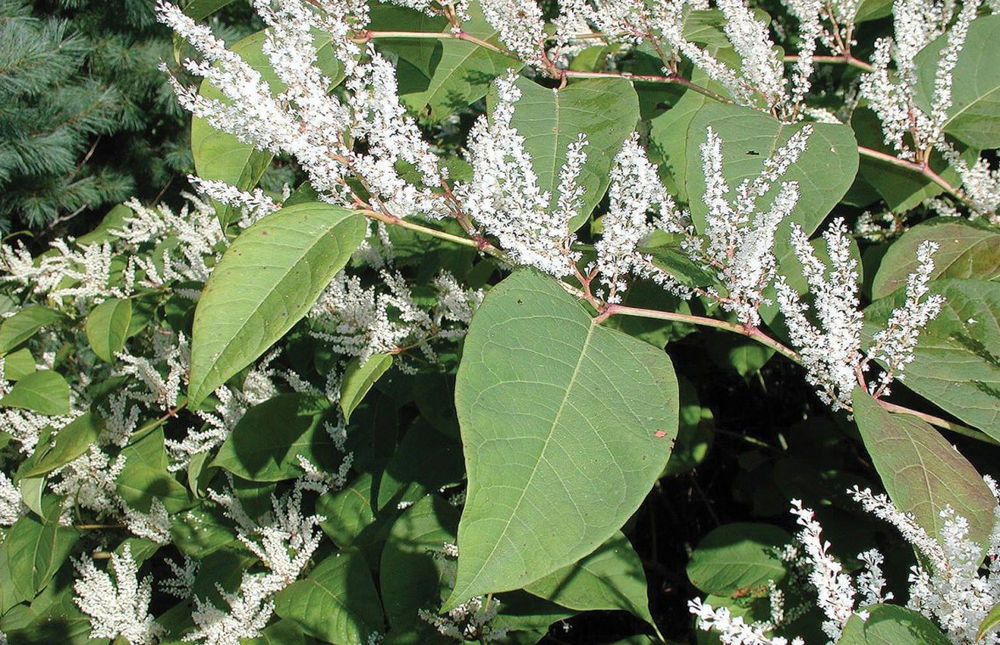 Knotweeds are starting to bloom with spikes of cream-colored flowers. 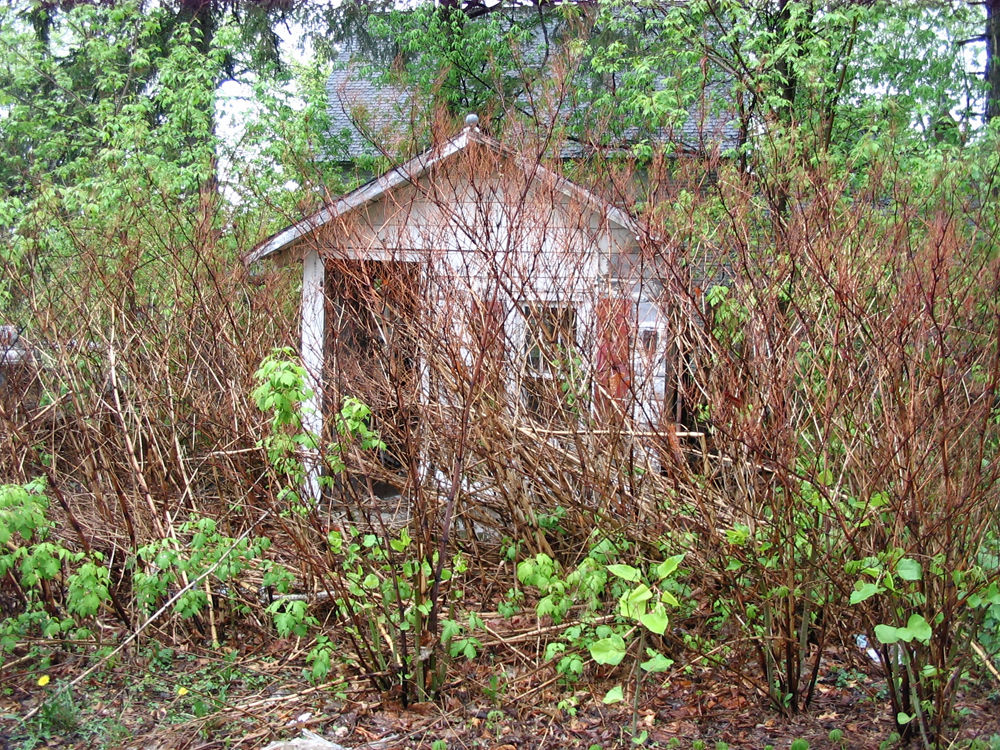 Dried canes of previous years’ knotweed with new shoots coming up in the foreground on right.

Knotweeds are starting to bloom with spikes of cream-colored flowers.

Dried canes of previous years’ knotweed with new shoots coming up in the foreground on right.

Japanese knotweed, which is an invasive species in Wisconsin, has been found in several locations in and around Park Falls and Fifield. Knotweed grows in a variety of disturbed and undisturbed habitats and is tolerant to a variety of conditions like high temperature, drought, and high soil salinity.

Knotweed is a huge threat when it grows along rivers as it crowds out other species and prevents other plants from germinating, which contributes to soil erosion. Shoot fragments can spread downstream and discarded cuttings can take root wherever they land. Knotweeds are also incredibly damaging to infrastructure due to their ability to grow through asphalt and cracks in foundations.

There are three knotweed species but all are identifiable by their bamboo-like appearance. Knotweed is an herbaceous perennial, growing up to 10 feet tall. It has hollow, arching bamboo-like stems that are swollen at the nodes. All three species have large, roughly egg-shaped leaves. The tap root can extend six feet deep and rhizomes can reach over 60 feet from the parent plant. Knotweeds have plumes of tiny greenish to white flowers growing from the leaf axils (where the leaf stem meets the plant stalk) that bloom in late summer.

People can learn more about invasive species and the methods used to control them by visiting the UW-Extension’s Wisconsin First Detector Network at https://fyi.extension.wisc.edu/wifdn.

People who discover invasive knotweed near you are asked to report it via the GLEDN app, the EDDMapS website, or by emailing photos and a location to: WIFDNcoordinator@gmail.com.