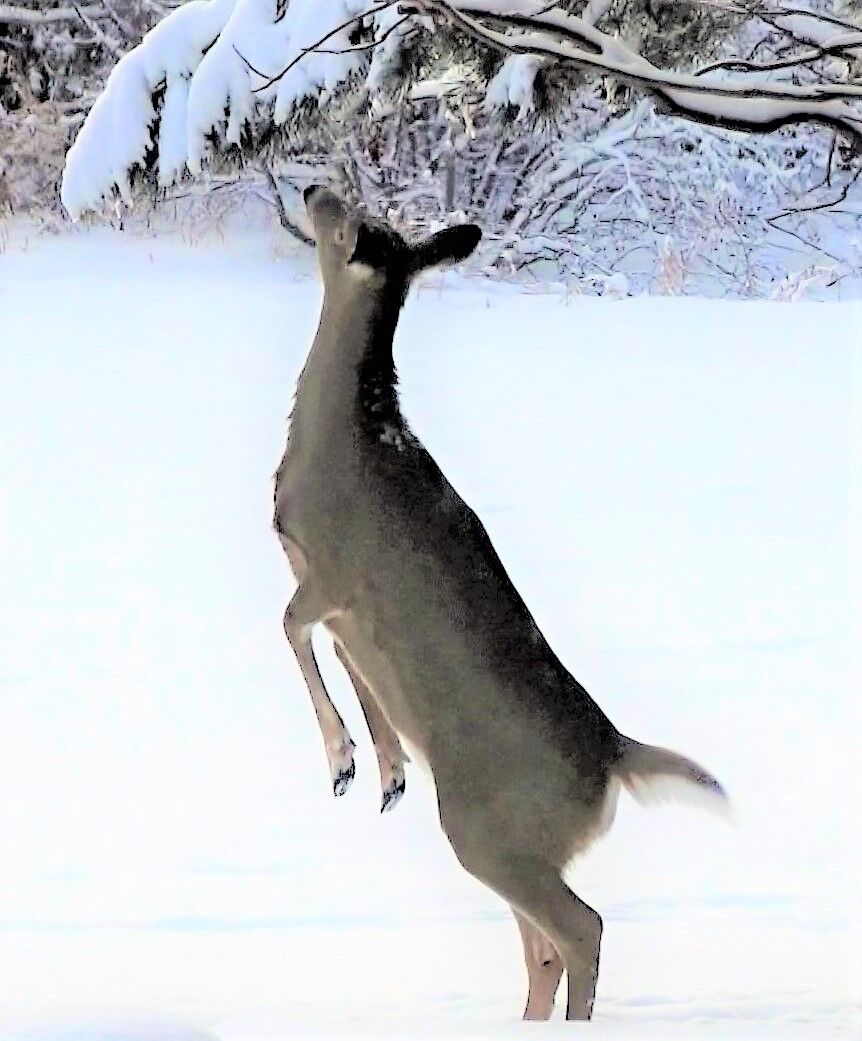 The white-tailed deer is known to stand tall on its hind legs while browsing for food, especially in winter, a similar behavior as observed in the gerenuk of East Africa. 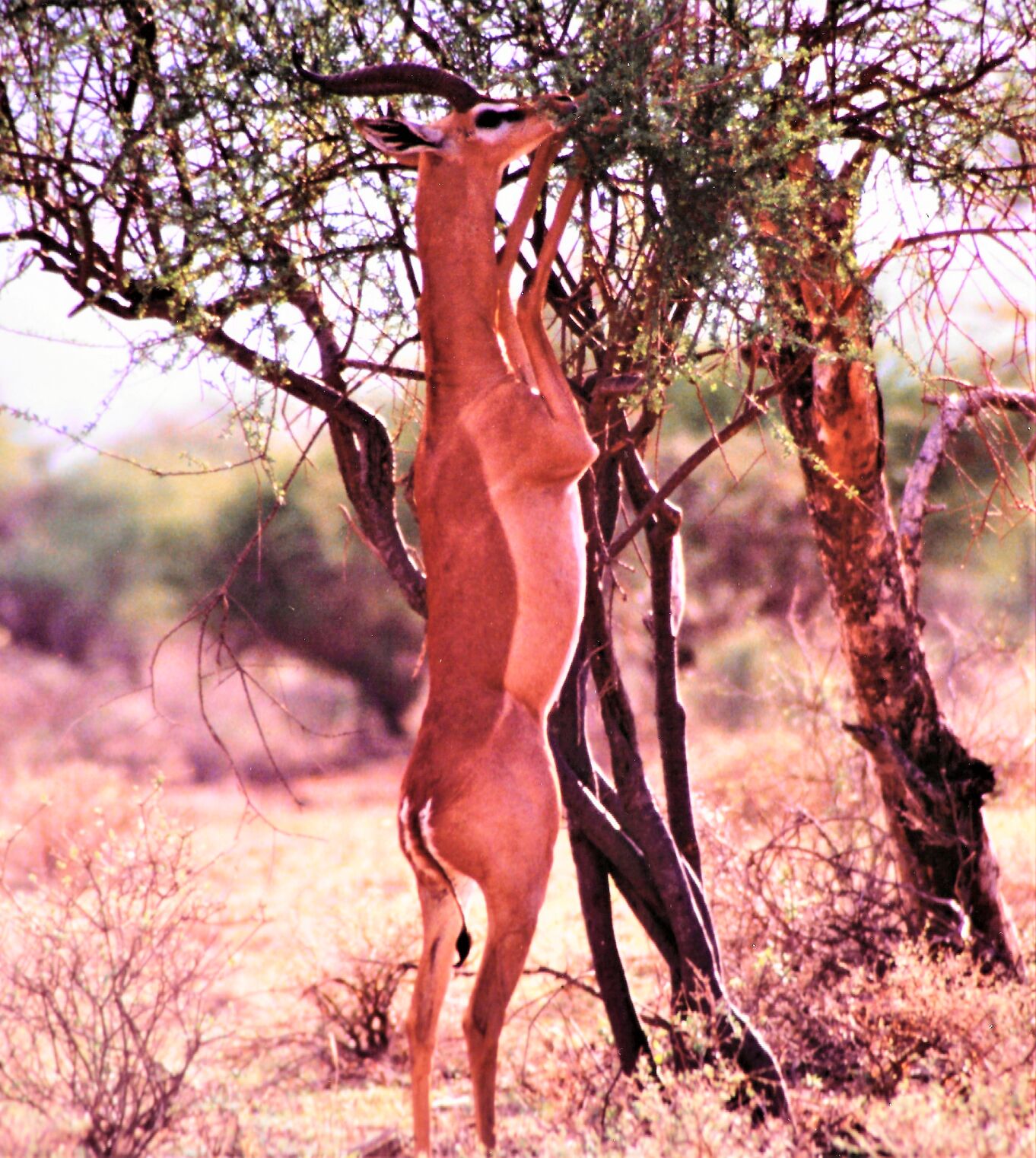 The gerenuk of East Africa, or giraffe antelope, spends much of its time standing tall on its hind legs to reach its food giving it an advantage over most other animals that are unable to reach that high for food.

One of the things I like to do while leading natural history safaris to Africa is to watch the behavior of similar animals, but of different species, that occupy similar niches. The niche of an animal is the functional role that it plays within an ecosystem. For example, our white-tailed deer and the gerenuk, and East African antelope, occupy similar niches in their respective North American and African geographical areas. Both species are browsers and sometimes stand tall on their hind legs to reach their food.

The whitetail is an adaptable browser, feeding on green plants in spring and summer, and surviving on twigs, buds, and acorns in the fall and winter. They may stand on their hind legs to reach desirable plants. This manner of feeding creates a noticeable browse line in its favored tree species and especially in white cedar swamps when almost all foliage and twigs are removed to a height of about six feet. The effects of deer browsing are not limited to influencing the physical appearance of woody plants. At moderate to high densities, selective feeding by white-tailed deer may alter the species composition of regenerating forests by eliminating some trees and shrubs such a yellow birch, sugar maple, hemlock, white pine, mountain ash and scarlet alder. Thus, this herbivore's impact on forests may be long-lasting.

The gerenuk browses exclusively on the foliage of mostly thorny acacia trees and bushes. I like to call the gerenuk the giraffe antelope because of its long neck. In fact, gerenuk means giraffe-necked in the Somali language. Their long giraffe-like necks and skinny legs help them reach branches high up on trees that are out of reach of most other animals except, well, real giraffes and elephants! By using their front legs to pull down higher branches, they can reach leaves six to eight feet off the ground. Using their hindlegs to standup is very useful in competing with over 40 other antelope species that live in Africa that don’t stand tall since food and water are sometimes scarce. The gerenuk’s large ears are useful for hearing predators from long distances much like the white tail uses its smaller ears to do the same. Both species have long, thin legs that give them the ability to run very fast out of harm’s way. Unlike the white tail, the gerenuk has never been observed drinking water; it gets its moisture from the food it eats.

Having observed both white-tails and gerenuks standing tall to get their food begs the thought of how evolution will play out for these two species with similar feeding behavior. For example, will longer and longer necks evolve in these two species like giraffe necks did over generations to make them even more adaptable to reaching higher and higher for food?

The accepted theory on giraffe evolution is that the giraffes with the longest necks passed on their genes through natural selection, and that it took millions of years to get the animal we see now. The force that drove giraffes towards elongating their necks is simple, the need to eat enough food to survive. Only a long time of evolution will tell if the same will happen to white-tailed deer and gerenuks, but it looks like gerenuks with their longer necks are well on their way!

The private Nature Education Center in Fifield operated by Tom and Mary Lou Nicholls is open seasonally by appointment only.