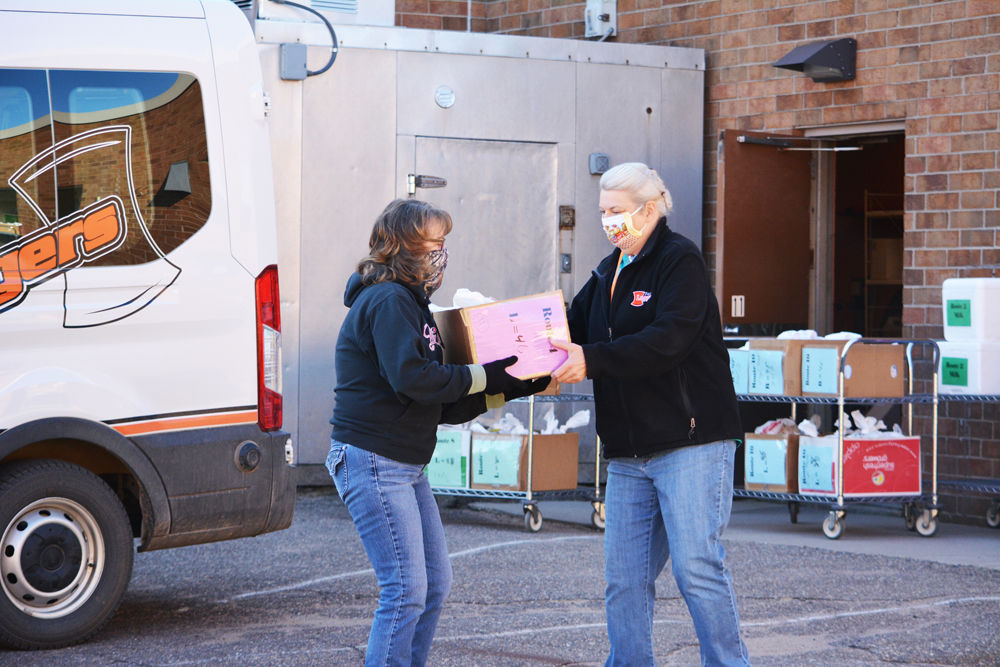 Phillips food service director Terra Gastmann (right) hands off a box full of meals that will be delivered to children throughout the district who are isolating at home. 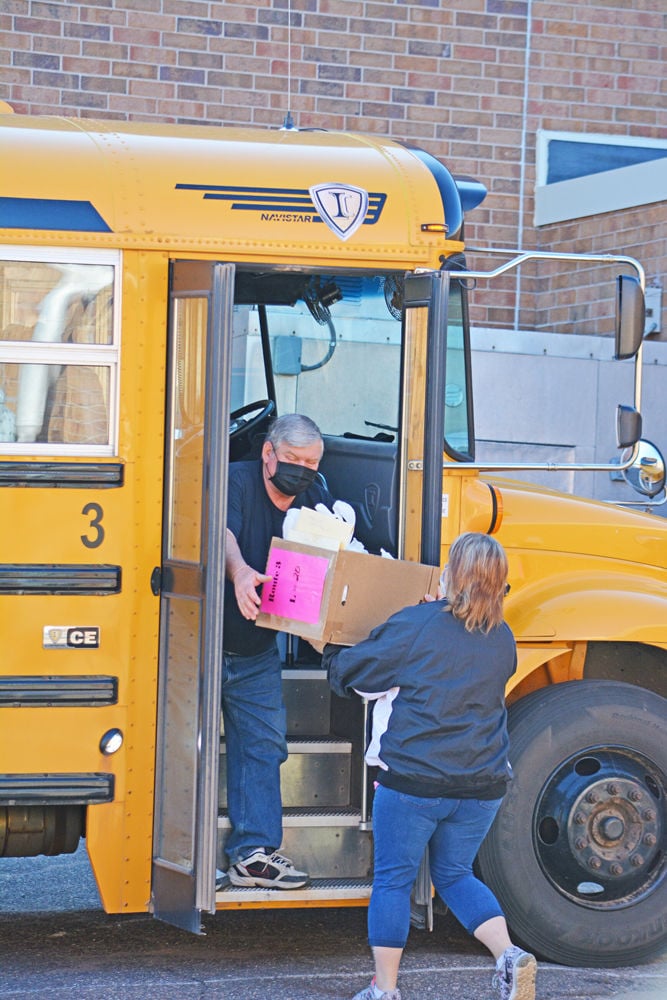 Buses and vans are used to transport the meals to children’s homes, with the 10 drivers putting on an average of 400 miles a day. 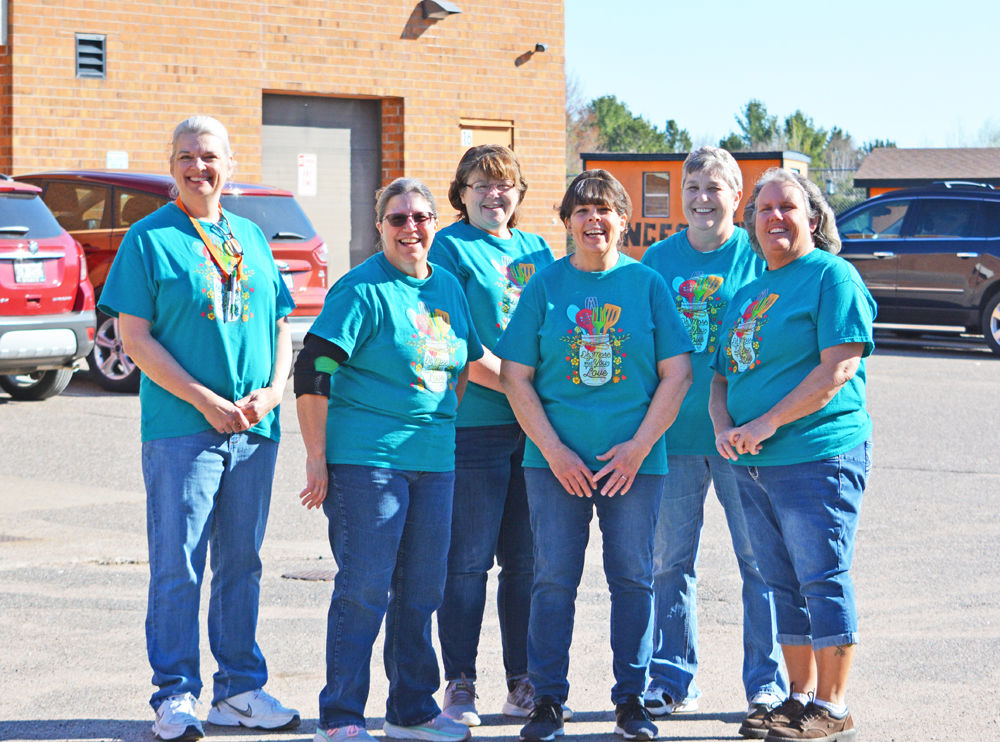 Phillips food service director Terra Gastmann (right) hands off a box full of meals that will be delivered to children throughout the district who are isolating at home.

Buses and vans are used to transport the meals to children’s homes, with the 10 drivers putting on an average of 400 miles a day.

At 5 a.m., the lights are on in the kitchen at Phillips High School, and a staff of five women is already hustling to prepare 974 meals to feed 486 children.

“I'm not the type of person who can just get up and jump right in, so I take a little bit of time to just prepare myself for the day,” she said.

If she and the kitchen staff operate at top efficiency, their work will conclude for the day at 2 p.m. — nine hours after it began.

The number of meals served by the district saw a steep increase in the wake of the closures related to the COVID-19 crisis, with the district serving approximately 5,000 more meals in April than they did in February. The budget for food and milk went from an average $4,000-$5,000 each week to $8,000-$9,000 per week.

The district receives reimbursement through the National School Lunch Program, allowing the meals to be offered free of charge to any youth age 18 or younger who reside in the district — regardless of whether or not they attend the school.

As time goes on, the number of children enrolled in the program has steadily increased, according to Gastmann. Anyone eligible for the service may sign up for the service at any time by calling the district at 715-339-2141. The service will be offered through June 3.

In order to simplify the process of preparing the food, Gastmann orders pre-cooked foods from the school's supplier, Indianhead Food Service in Eau Claire. Lunches may be pizza, hamburgers, chicken, pulled pork, and they each include a side of vegetables and fruit, along with juice and milk. The kitchen also makes fresh bread and buns to go with the meals.

Since food suppliers are struggling to meet the growing demands on prepackaged foods, Gastmann orders whole vegetables and the kitchen staff clean, cut, and package them for consumption.

“What really takes the most time is the sheer volume of food we need to prepare,” explained Gastmann. “We go through four boxes of apples just for one day's meals.”

Although it was a hectic juggling act when the service first began in March, the process now runs like a well-oiled machine.

The kitchen staff operates in an assembly line. Each day before leaving the school, the kitchen staff prepares for the next day. Each bus route is color coordinated, and the kitchen staff receives a number for how many meals are required for each route. In addition to the packaged breakfast and lunch, it's not uncommon for the kitchen staff to slip in a printed joke or the occasional sweet treat to brighten a kid's day. After being bagged, each meal is numbered and boxed for delivery to homes throughout the district.

By 8 a.m., the parking lot is filled with the district's eight smaller vans and two school buses. With 10 routes running throughout the district, the drivers generally put on a total of 400 miles per day to deliver meals and homework to students' houses.

With the help of aides who ride along with the drivers, the meals are delivered to each front porch, the horn is honked to notify the family the food has arrived, and waves are exchanged from the safe distance of the vehicle before the driver heads off to the next stop.

Although the meals for one day are sent on the road by 8 a.m., there's no idle hands in the kitchen, as the crew works to prep for the next day's meals before calling it a day around 2 p.m.

“Everyone has been incredible,” said Gastmann of her kitchen crew, which includes Jean Grant, Hannah Gengenbach, Josie Weber, Julie Teeters, and Therese Martin. “Nobody hesitated for a second when all this started. Everyone knows what they have to and get it done.”

Jason McMillan, the district's transportation supervisor, also commended his drivers who have had to adapt to the changes to their normal routine.