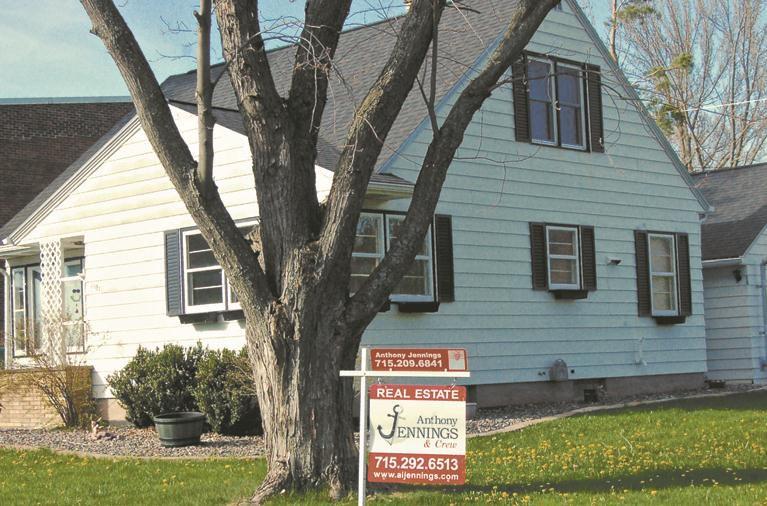 The lawn on an Ashland home sports a real estate sign offering it for sale. A trio of Ashland real estate agents says the market in the Bay Area is recovering strongly after coronavirus restrictions slashed sales.

The lawn on an Ashland home sports a real estate sign offering it for sale. A trio of Ashland real estate agents says the market in the Bay Area is recovering strongly after coronavirus restrictions slashed sales.

Bay-Area real estate agents were gearing up for their busiest time of the year — the spring rush, when about one-third of all yearly home sales close and when houses tend to sell faster and at higher prices than at other times of the year.

Then the coronavirus hit. Sales screeched to a halt and some agents feared for their future.

"It was scary, scary slow," said Jay Emmert of Caldwell Banker East West Realty in Ashland, where sales fell to "absolutely nothing" in March when Gov. Tony Evers followed the advice of epidemiologists and ordered people to shelter at home. But now that the state Supreme Court has ruled the Evers order unconstitutional, the spring rush is back on.

"It's crazy busy right now; it's just like it was last summer. It's wide open again," Emmert said. "When the order came down, our agents had to work from home. There were many people who wouldn't let us in their houses. There are a few we have that are still like that. Some people will let us show houses if we wear masks, some don't care, but it is really busy again."

Emmert said he's still not sure how much business he lost from March into May, "but it was a lot," he said, down as much as 50%.

Statistics issued by the Wisconsin Realtor's Association Monday said statewide, existing home sales fell 6.9% in April compared with 2019. Overall, there were 11 residential sales in Ashland County in April of this year, say WRA statistics, compared to 15 last year, a decline of 26.7%. In Bayfield County, the decline was even steeper, down 33.3%, with 20 sales this year compared to 30 last year.

from an accepted contract to a closing can be four to eight weeks, it's only now that the industry is seeing the effect of coronavirus on monthly sales figures. Sale closings that took place in the second half of April could have been under contract in mid-March around the time when the emergency was declared

"It's going to get a lot worse over the next few months, which unfortunately is our peak sales month," he said.

A drop in new listings for April of 38.2% has meant a real shortage in housing stock, causing statewide median prices for houses to jump 9.7% over the past 12 months, the WRA statistics said.

Rick Nettleson, a broker for By the Bay Realty and Auction in Ashland, said some sales did continue during the shutdown, mostly by agents who persevered and worked for them.

"I think what has happened is that there are a lot of real estate agents who are not being very active right now," he said. "I can't really complain; we are still listing and selling. I don't want to sound doom and gloom or to say that it is just wonderful — it may hit us later — but we have been listing properties and they have been selling. I am giving you the outlook of someone who has been here every day, checking the mail and answering the phone. For the first two weeks, it was it was kind of a waste of time sitting here, but after that, it changed."

Nevertheless, Nettleson agreed that sales have been slower than normal, guessing his sales are down about 10% from last year. And sales on Madeline Island remain all but dead.

"That is going to be a very tough market this year," he said, because island properties typically are vacation homes and rental properties and visitors have been actively discouraged from coming to the island because of the pandemic.

Anthony Jennings, owner of Anthony Jennings and Crew Real Estate, said another problem agents and customers are facing is sales that fall through at the last minute because a buyer has been laid off or lost a job.

"We lost a few listings due to COVID and we lost a few transactions," he said. "We had a resort sold that fell through be the buyers were afraid that nobody was going to come."

Now that restrictions are off, the market is benefitting from historically low interest rates. Nettleson said on one recent sale the buyer was able to obtain a mortgage at 3.75%.

And Jennings said buyers are responding.

"I think people have come to the point where they were not seeing the spread of disease in our area, and were just ready to start moving," he said.