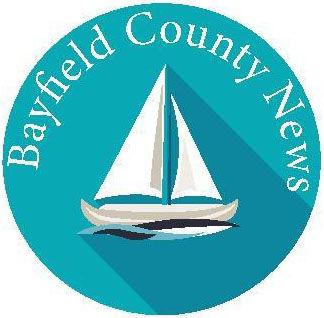 Reading my Daily Press one day years ago, I saw an ad from Judy's Gourmet Garage. See how advertising in the newspaper works? It works! So, there I was reading an ad. This ad said "Now taking orders for Lefse. $15 per dozen." There was a bonus, too — buy five dozen and receive the sixth dozen free. It sounded like a good deal — if you know what lefse is, that is. I didn't. Oh, I do now, but it took me awhile. I've lived in Wisconsin just over seven years. At that time, I had lived here only four. There I was, an intelligent, well-read, well-rounded person with gobs of friends and many social outings under my belt. Yet, other than the words being in English, that ad made entirely no sense to me. I thought perhaps the editor had left out a couple letters from "lefse" so I re-read it. Hmmm. They were taking orders for pies, cheesecakes and cookies, too; so I figured the ad was on the up and up. Here was a mystery, and boy do I love mysteries.

It's sure fun to travel and learn new things, isn't it? Sometimes you can do it without even leaving town. Like when you read ads that intrigue or mystify you, or when you read articles about new and different places. After the lefse dilemma presented itself, I also encountered the word "lutefisk". Who knows what took me so long. You know what Lutefisk is, right? Well, sure you do — you're from here. I'm sure you know what lefse is as well. You can likely make it, even. I bet you can cook lutefisk and lefse dinners, for goodness sake. I learned about lutefisk from Alton Brown who wrote about lutefisk and the Olson Fish Company in Minneapolis. Lutefisk is Norwegian for "lye-soaked dried cod." My dear friend and colleague Howard Paap was bending our ear about it recently in his column, and I suddenly recalled the time when I was just a babe in the woods reading about lefse in the local newspaper ads. Brown says lutefisk look and feel like baseball bats, only they're fish without heads, dried in the wind. When you add lye, the critter swells up and becomes gelatinous. Brown says, "We simmered our lutefisk in water for exactly 40 minutes. It tasted like fish Jell-O, and apparently if you're Norwegian that's a good thing. I, however, am not. And it wasn't." After reading this, I decided if lefse was anything like that, I probably would not order enough to get my sixth dozen free.

But, turns out, lefse is nothing like lutefisk. Lefse is a traditional, soft Norwegian flatbread made with leftover potatoes, flour, butter and milk or cream. It is cooked on the griddle and is made using special long wooden paddles and rolling pins with grooves. It is often spread with butter, cinnamon and sugar, and jellies. It is also eaten with ham and eggs, beef and other savory items. Lefse is a traditional accompaniment to lutefusk (aha!) and the fish is often rolled up inside the lefse. So, six dozen lefse could mean six dozen pieces of lutefisk, I suppose. I always meant to, but never did stop in at Judy's to see for myself. I confess, I've never even eaten either one — lutefisk nor lefse. Seven years, I've been here! It's crazy, I know. But maybe, just maybe I'll get an invitation from a sweet Norwegian; maybe, just maybe, they'll invite me to a traditional dinner with both dishes on the menu. I can dream, anyway. PS: If you have me over, I've never had a pasty, either... just sayin'.

"The inhabitants are very courteous to travelers, who need no other recommendation but that of being human creatures. A stranger has no more to do, but to inquire upon the road, where any gentleman or good housekeeper lives, and there he may depend upon being received with hospitality."