You have permission to edit this article.
Edit
Home
Subscribe
Classifieds
Publications
Weekly Print Ads
Get and Submit
Advertise with Us
About APG Media of WI
Employment Opportunities
1 of 7 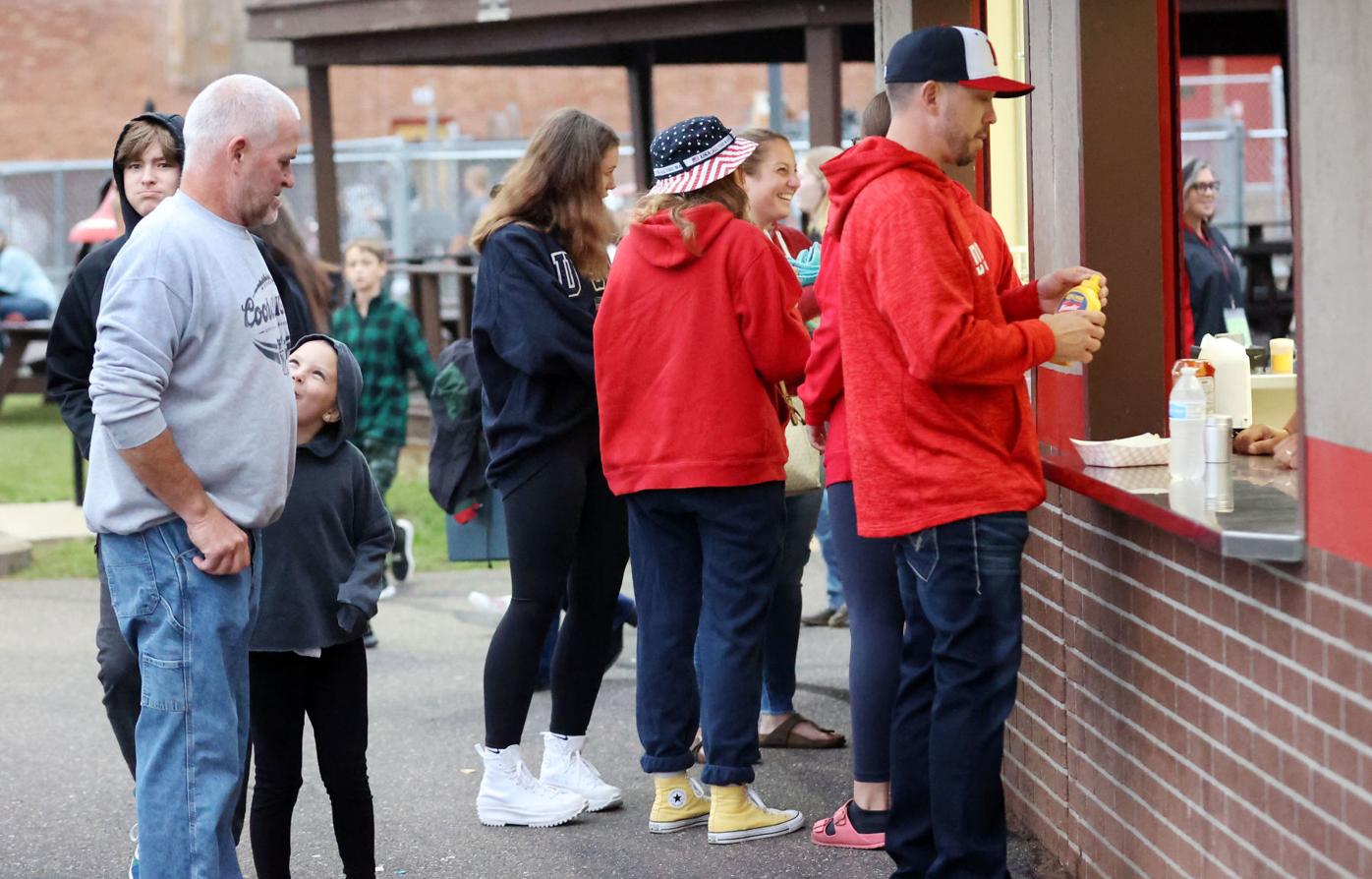 Fans line up to buy refreshments during a recent prep football game at Dorais Field in Chippewa Falls. Spending by athletes, families and spectators helps youth sports make a major economic impact on the Chippewa Valley. 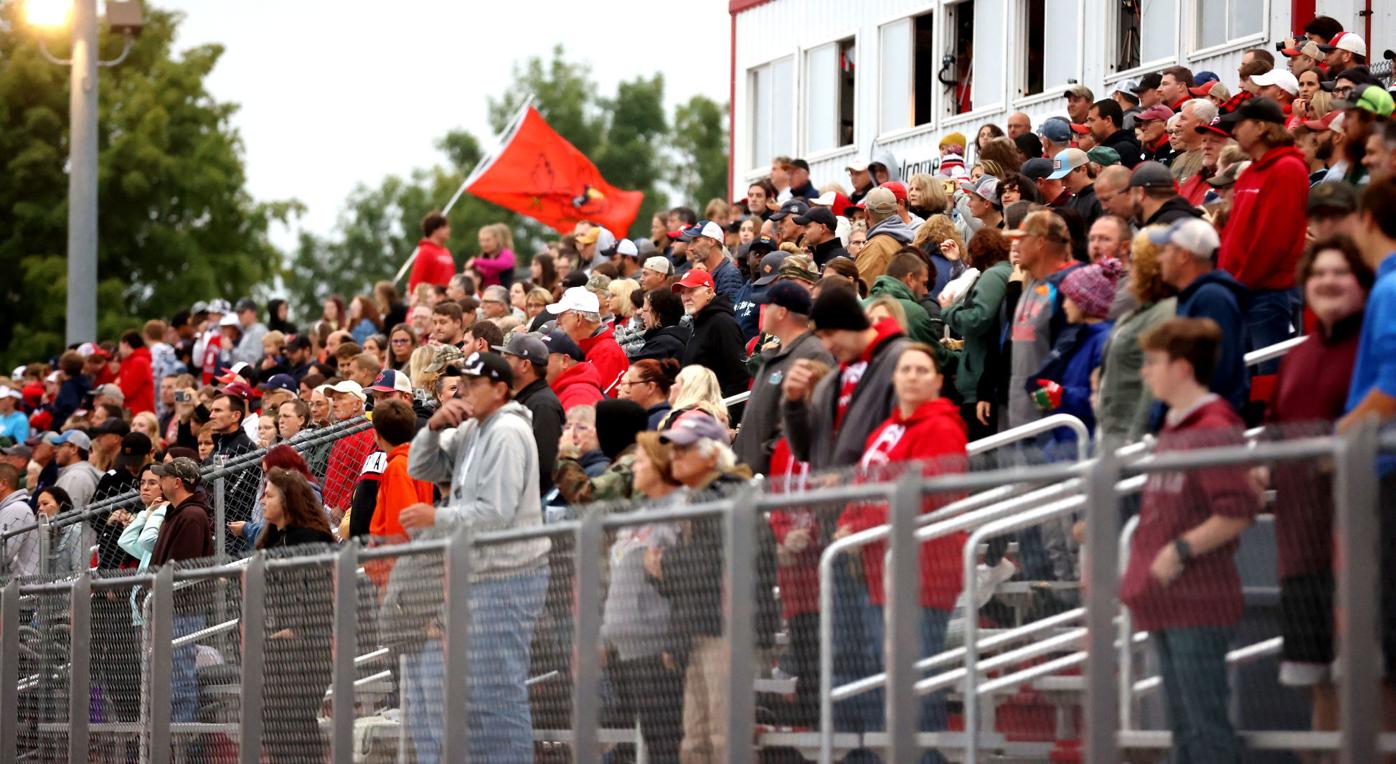 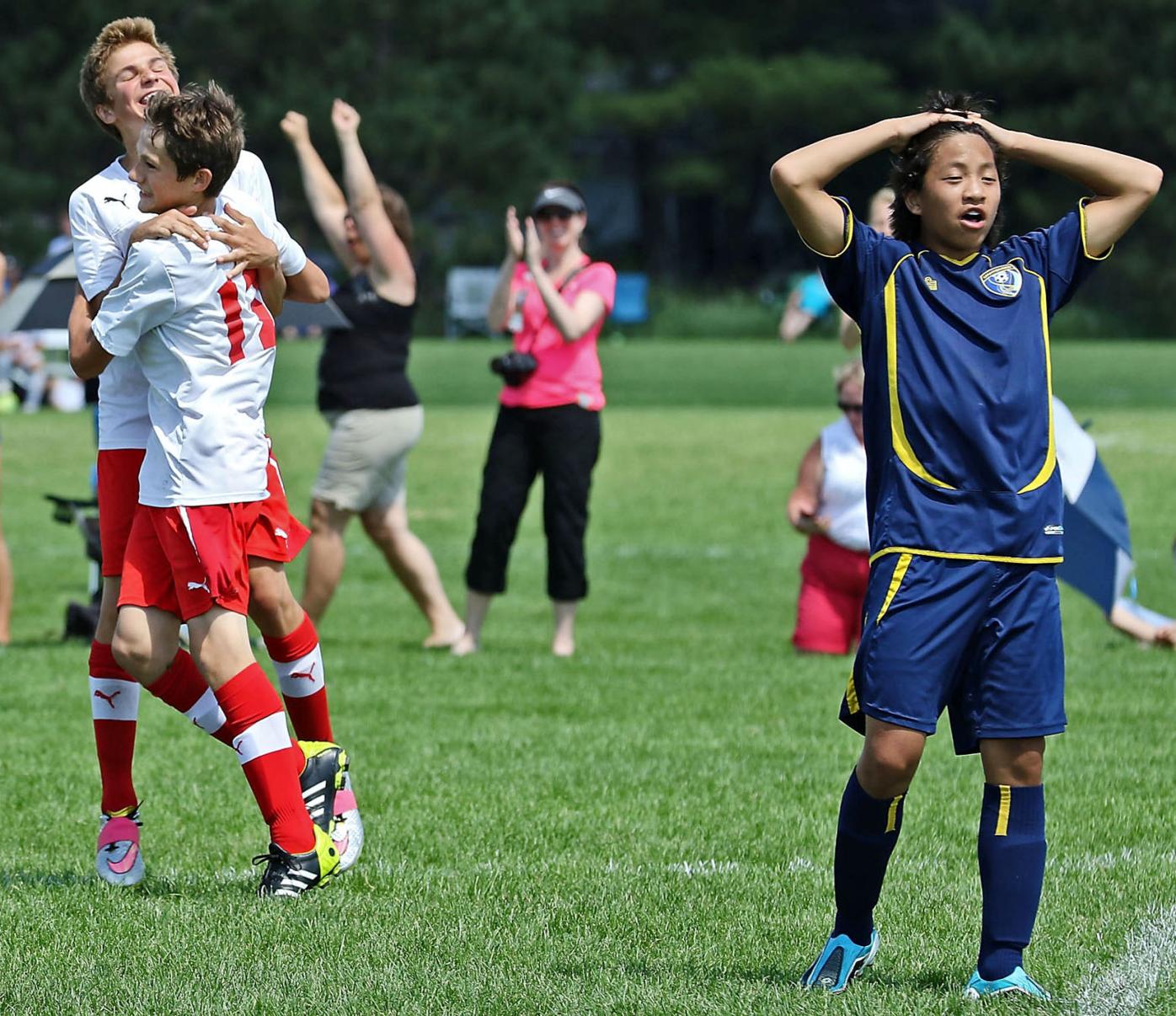 Eau Claire United U-14's Mitch Brenner, left, congratulates teammate Logan Podolak after he scored the game-winning goal in overtime against the Mahtomedi Zephyrs during the 2015 Eau Claire United Invitational at the Eau Claire Soccer Park. The tournament remains one of the area's largest youth sports events. 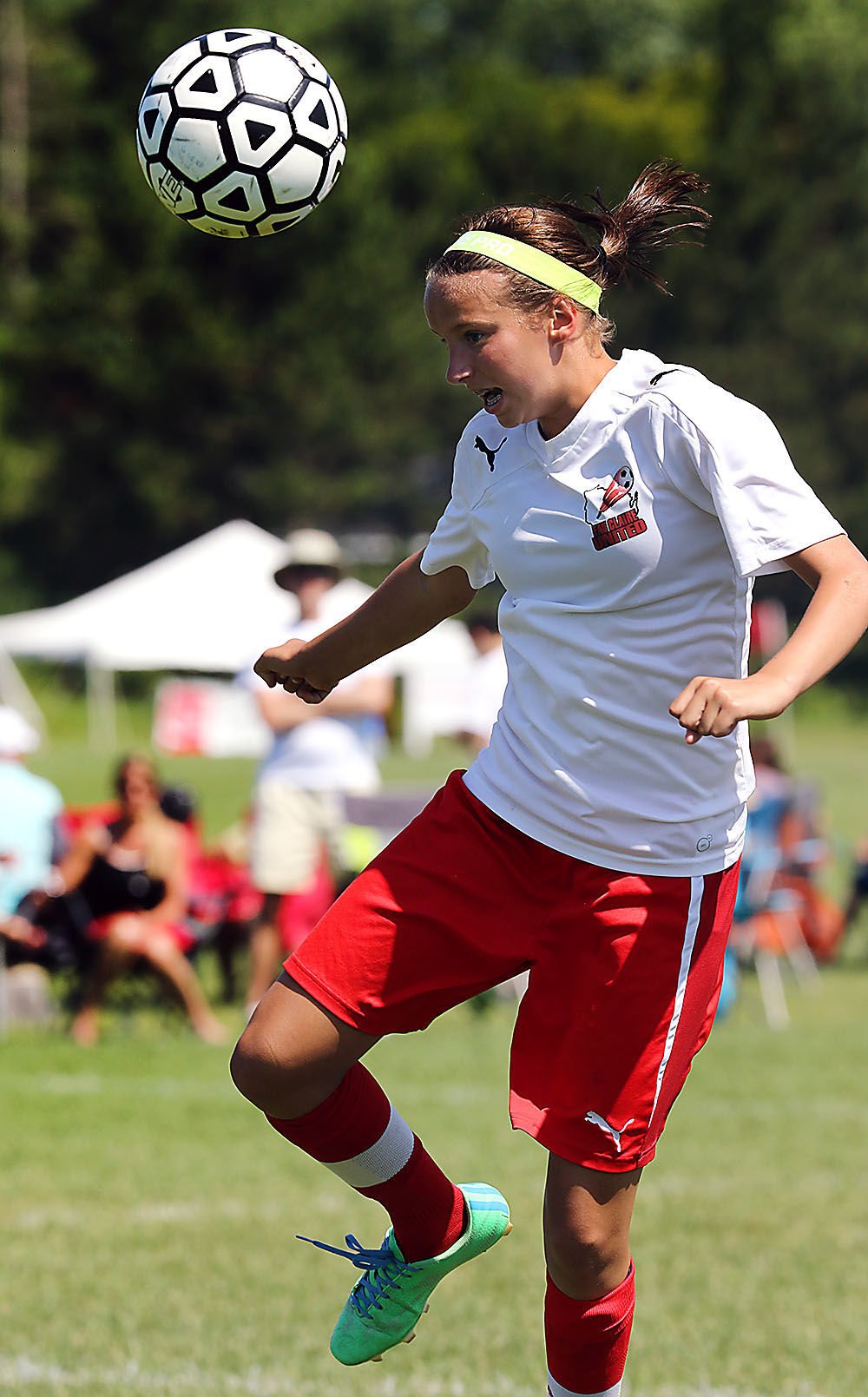 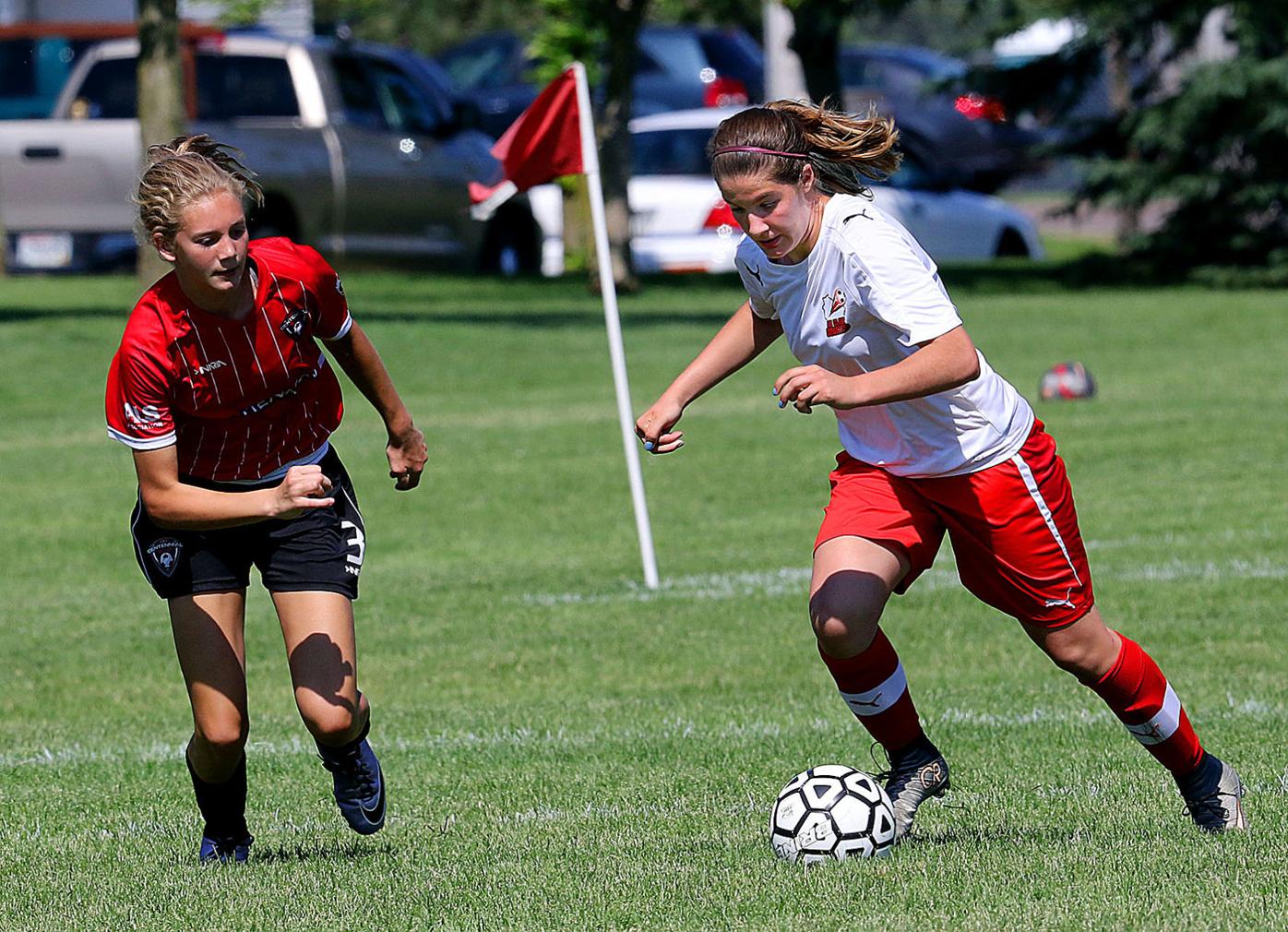 This rendering of the planned Sonnentag Event Center and Field House shows the setting along Menomonie Street and the Chippewa River. 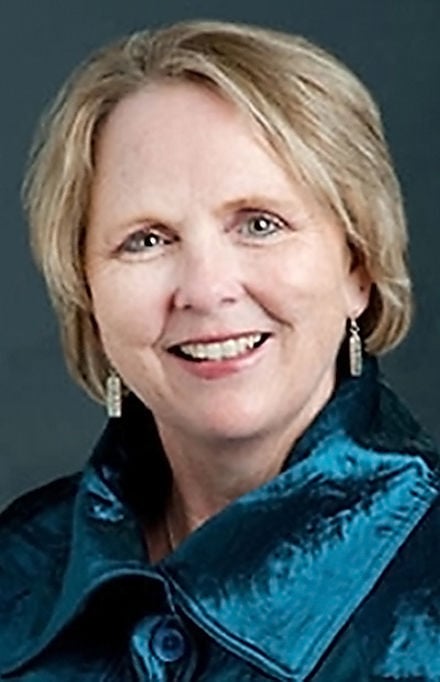 Fans line up to buy refreshments during a recent prep football game at Dorais Field in Chippewa Falls. Spending by athletes, families and spectators helps youth sports make a major economic impact on the Chippewa Valley.

Eau Claire United U-14's Mitch Brenner, left, congratulates teammate Logan Podolak after he scored the game-winning goal in overtime against the Mahtomedi Zephyrs during the 2015 Eau Claire United Invitational at the Eau Claire Soccer Park. The tournament remains one of the area's largest youth sports events.

This rendering of the planned Sonnentag Event Center and Field House shows the setting along Menomonie Street and the Chippewa River.

EAU CLAIRE — With the rise of travel teams, tournaments and camps for every athletic pursuit imaginable, youth sports hit a home run for the Chippewa Valley economy.

After seeing their friends and neighbors devote more and more time to their kids’ athletic activities and watching the influence of youth sports grow in society, Anderson and his colleagues at Visit Eau Claire have seen the writing on the scoreboard.

Regardless of who wins or loses the games, he said, the Chippewa Valley wins by attracting more young athletes and their families to the region.

Youth sports have an advantage over prep sports and even most convention business in that they aren’t limited by state boundaries, so an organization like Visit Eau Claire can expand its visitor recruiting to neighboring states, he added.

While the sector hasn’t rebounded completely from the impact of the COVID-19 pandemic, youth athletics appears poised to make strong comeback, as families realized how much they missed watching their kids play when it was taken away as a safety precaution.

“Sports was the fastest thing back when it was safe to get together again,” Anderson said. “People are even more excited than ever about youth sports right now.”

One local business that counts on youth and prep sports for its survival is Chippewa Valley Sporting Goods in Eau Claire.

“That’s basically all of our business,” said co-owner Randy Nicolet, noting that only a tiny fraction of the company’s sales come from its retail store.

Chippewa Valley Sporting Goods has six sales people that travel two-thirds of the state and call on high schools, colleges and youth programs. The company, which sells sports equipment and clothing, does its own screen printing and embroidery to make customized gear.

“Our biggest growth is in spirit wear,” Nicolet said.

The increase in travel teams over the past decade or so has resulted in new sources of revenue, as some of those teams spend more on uniforms and logo clothing than high schools, he said.

“They want to look good, and you want the kids to feel good about what they’re wearing,” Nicolet said.

While the pandemic put a damper on demand last year and is making it hard to obtain inventory this year amid a surge in sales, Chippewa Valley Sporting Goods remains committed to the youth sports market.

“There are more opportunities for kids to play athletics than ever before, and more of them are offered year-round, and that translates into more business for us,” Nicolet said.

With an estimated 45 million children playing sports in the United States, the youth sports industry generates $19 billion annually nationwide, according to a study by Texas Tech University researchers.

The financial boost to the community from hosting tournaments can be significant, as evidenced by Visit Eau Claire’s economic impact estimates for three of this summer’s largest youth sporting events:

The economic impact figures are calculated by using the tourism industry standard method of multiplying known direct spending by 12.

“Youth sports is a way to see the world and have a family vacation at the same time as participating in a tournament,” he said. “You usually don’t want to watch other kids play ball all day until the championship. You want to see the city and maybe visit a few attractions.”

UW-Eau Claire Foundation President Kimera Way remembers the drill well from her time following her daughters to swim meets and dance competitions. The family would stay in hotels, shop and eat in restaurants when the children weren’t competing.

“I spent a lot of money in a lot of communities with my child athletes,” Way said, noting that Eau Claire should be particularly attractive to visiting families because of all the shopping, dining and entertainment options available.

The community should become an even more desirable destination for sports tourism when UW-Claire opens the planned Sonnentag Event Center and Field House, Anderson and Way agreed. Construction of the $85.6 million center is expected to begin in spring 2022 at its site between Menomonie Street and the Chippewa River, a mile west of the main UW-Eau Claire campus. Officials are projecting a spring 2024 opening.

A public-private partnership, the proposed 170,500-square-foot off-campus facility will have a capacity of 5,000 people and be home to Blugolds men’s and women’s basketball, which currently play in the 70-year-old, 44,000-square-foot Zorn Arena.

“Having a facility with that capacity will be amazing for the city,” Anderson said.

The Sonnentag center would be the largest facility of its kind in the region and thus would fill a niche for a venue capable of hosting bigger events. It is expected to be used for youth sports tournaments, concerts and other community and university gatherings.

“Part of our discussion with the city revolves around the expectation that we’ll be holding a number of youth sports events. That’s our intent,” Way said, mentioning basketball, volleyball, dance, wrestling and even soccer and softball as among the sports that could be suited to holding competitions in the facility.

As part of the project, university officials are attempting to recruit a hotel that would be built in close proximity to the Sonnentag center.

“The goal is heads in beds,” Way said, referring to the positive economic impact of luring visitors to the city for overnight stays.

Hosting youth athletic events at the complex also could deliver other long-term benefits to the university.

“That could be a great student recruiting tool for us,” Way said. “There’s no doubt that young athletes will be in Blugold Country when they’re in that facility.”