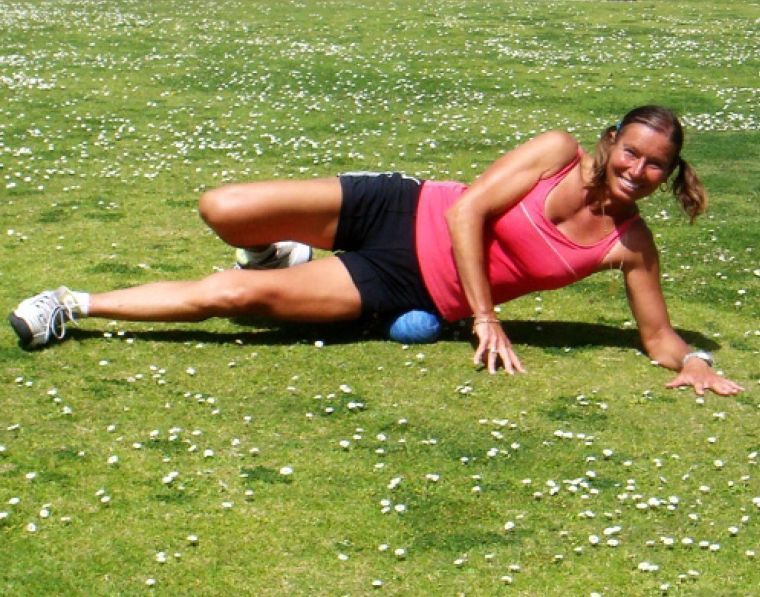 TFL is a muscle on the top of your thigh and its thick tendon is the illiotibial band. They assist in bending the knee and the hip, raise the thigh up, rotate the leg inward and stabilize the hips during walking and running. 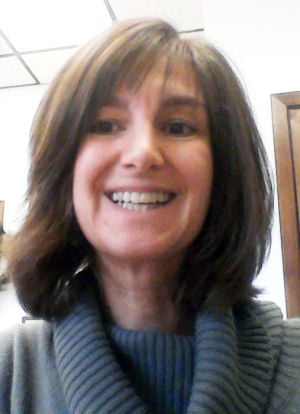 Gina McCafferty is a non-invasive pain-relief specialist and a licensed massage therapist who works in Washburn.

GINA MCCAFFERTY is a non-invasive pain-relief specialist and a licensed massage therapist who works in Washburn.

Last Saturday a guy bedecked in running tights and a long-sleeve technical shirt hobbled into my office after his run. After apologizing for being a little sweaty (it’s ok, just part of my job, I’m used to it) he began to describe what was going on.

“Ever since the Whistlestop, and occasionally before that, I’ve had this pain in my hip. Well, not really pain,” he said, “just a constant annoyance. I think I have something going on with my I.T. band,” as he pointed to the ball and socket part of his hip joint and a few inches down the side of his leg. “I don’t feel it so much in my knee though. Just in my hip, especially when one leg is supporting all my weight.”

From the way he described the various aspects of his hip pain that sometimes extended into his thigh, I thought I’d check his TFL, or Tensor Fasciae Latae first. The TFL is a small but mighty muscle, the belly of which covers the ball part of the joint, but fascially it extends all the way to the tibia, the shinbone via the ilio-tibial tract. Its main jobs are hip flexion, abduction and medial rotation of the femur. Because most of us sit a lot, our hip flexors are often adaptively shortened. That means the muscle ends are chronically closer together which prevents full extension of a joint. If you can visualize someone riding a horse, the position of the legs demonstrates the action of the TFL: hips flexed, abducted, and medial rotation of the femur.

He changed into running shorts and climbed onto the treatment table. I had him lay on his side with the hurting side up so I could start warming up the tissue, the muscles and fascia that we sometimes call soft-tissue. I broke out the coconut oil infused with arnica because people have used arnica for bruises, aches, sprains and arthritis since (recorded, anyway) the 1500s. I rubbed the magic healing elixir onto his entire lateral leg from tibia to ilium. Then I put a little on my forearm and leaned in. Many of you have performed a similar steamroller type move at home with your foam roller, but having a trained professional administer the move is a great experience. A human hand or forearm has the added benefits of hurting so good, being precise, and releasing the feel-good hormones that are associated with human touch.

After increasing circulation to the entire I.T. band, I checked for trigger points (knots that prevent the tissue from properly contracting and relaxing and often refer pain) paying careful attention to the TFL. Those seemed to really highlight the pain. According to some, trigger points in the TFL are often misdiagnosed as trochanteric bursitis.

After creating plenty of space for all the TFL fibers to move and absorb all the nutrients they need to thrive, we performed some pin and stretch muscle releases, and dug into the other hip flexors and medial rotators, too. It’s important to treat the system, not just the symptom, so working the neighboring hip flexors could help reset the system by allowing his muscles a more normal resting length. Finally we got into the low back, and interestingly some of those trigger points wrapped around to the hip joint, too.

When he got up, he did a few mini-knee bends, one-legged stands, hip rotations and quad stretches then nodded, smiling. “Feels pretty good,” he said, taking out his phone/calendar to make another appointment.

And done, he jogged home.

Gina McCafferty is a non-invasive pain-relief specialist and a licensed massage therapist with offices in the new Shine! Massage & Bodywork Center in Washburn and Iron River Yoga in Iron River. She writes a weekly column for The Daily Press and The County Journal.

The Anatomy Nerd- The frightening facts about sitting

“Researchers have linked sitting for long periods of time with a number of health problems and premature death from cardiovascular problems.”

Sorry, there are no recent results for popular articles.