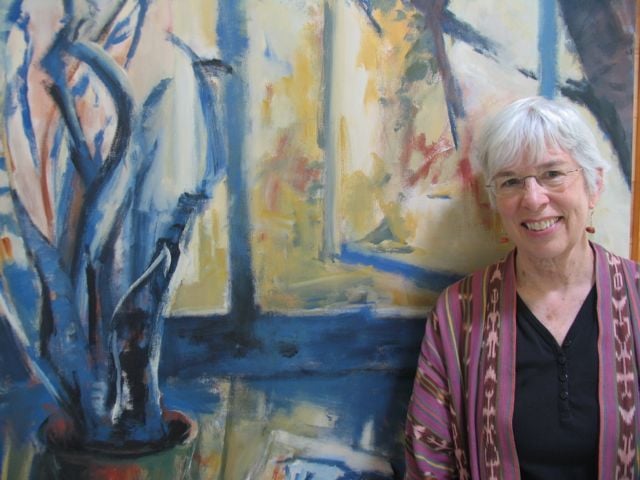 Sally Bowker, photographer and painter, will be showing her work this Saturday at the Cornucopia Community Library and Art Gallery during Art Crawl. 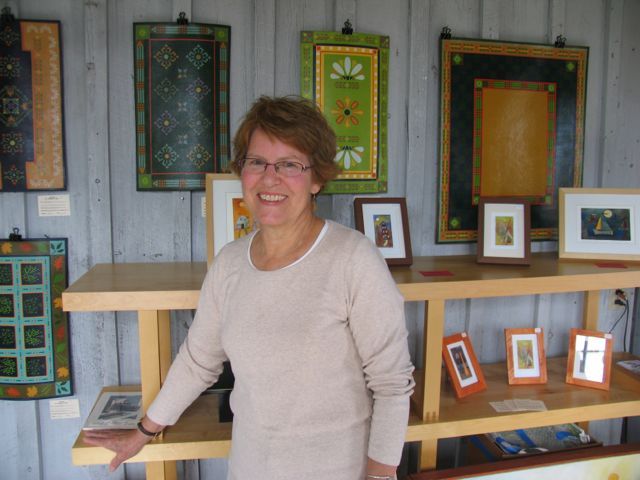 Nancy Raeburn, collage and stencil-tapestry painter, at her studio, “Sea Witch Annex” in Cornucopia, where she’ll be showing her work during Art Crawl. 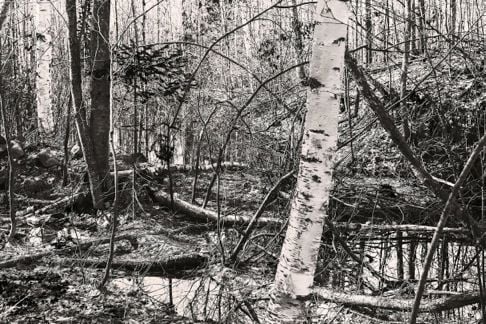 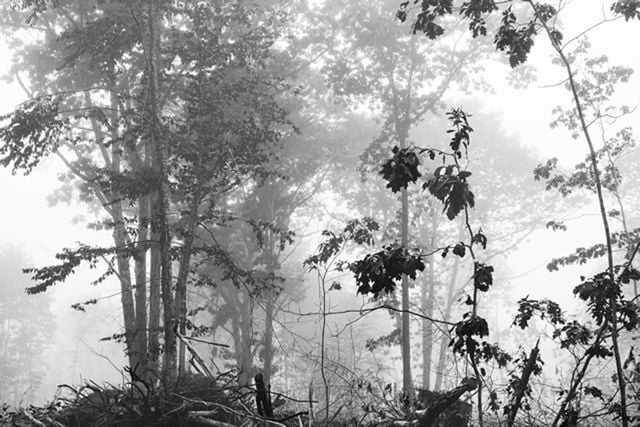 “Fog and sapling,” by Sally Bowker, taken at a logging site near her home in Cornucopia. 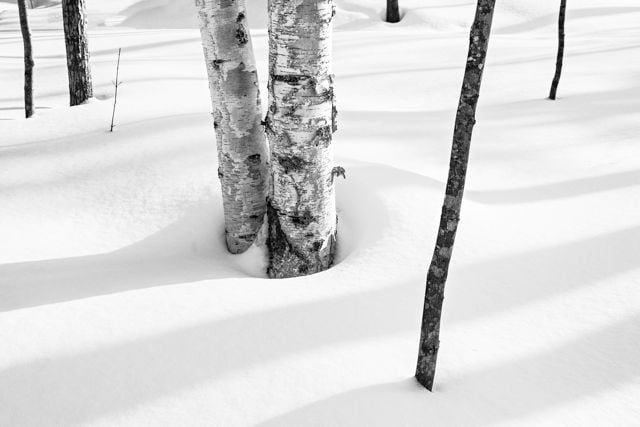 This Saturday from 10-4 p.m. over two dozen Cornucopia artists will open their shutters to the public in the 10th Annual Art Crawl. This is just one of the many venues displaying these artists’ work.

Photo by Hope McLeod
1 of 5

Sally Bowker, photographer and painter, will be showing her work this Saturday at the Cornucopia Community Library and Art Gallery during Art Crawl.

Nancy Raeburn, collage and stencil-tapestry painter, at her studio, “Sea Witch Annex” in Cornucopia, where she’ll be showing her work during Art Crawl.

“Fog and sapling,” by Sally Bowker, taken at a logging site near her home in Cornucopia.

Saturday, Sept. 13, from 10 a.m. to 4 p.m. over two dozen Corny artists will open their shutters to the public. Paintings, woodwork, fiber arts, pottery, and jewelry will be on display in 12 different locations. This includes weatherworn galleries that hug the harbor with names like “Sea Witch” — buildings that look like only hobbits live inside. Also, businesses like the Village Inn Restaurant, Ehler’s Store, Little Nikki’s, and Siskiwit Bay Coffee and Curiosities will share their wall space with artists who are crawling out of the woodwork this weekend.

Two of these artists are Sally Bowker (photographer and painter), and Nancy Raeburn (collage and stencil-tapestry painter). Each brings a unique perspective drawn from years of experience. Both have homes in Corny but have worked and traveled elsewhere, even as far away as Greece. Inspiration gleaned from these places and the mentors found along the way inform their work that blends in with the sea grasses and bright colors that sparkle in Cornucopia.

On Friday, Bowker gave a sneak preview of her new work for Art Crawl at the Cornucopia Community Library and Art Gallery. A librarian by trade, Bowker is a volunteer at this free library which she helped start. Her black and white photographs, reminiscent of the work of Ansel Adams, peek over the mountaintop of metal bookcases like many small moons rising. “Vernal Ponds,” the beginning of an ongoing series, captures the aftermath of a too-fast snowmelt last spring in the middle of Bowker’s woods where water pooled into toad-happy swimming holes.

“I guess you can just call these fine art photographs,” she said. “They aren’t pictures of something. They’re finding what I do in art out in the world and doing a photograph of it.”

First she takes pictures, uploads them into her computer then works with the images in Photoshop as if they were drawings. Gone are the days of darkrooms, when Bowker used to wait endlessly for her images to appear out of her dish of nasty chemicals. Now, at the snap of a finger, she’s got hundreds of digital images to choose from.

“I just work it like a drawing. What would I bring out? If that line is too heavy, what would I do in a drawing? Increase the contrast, take some out, make this darker?” she said.

“Grace Notes,” another photograph, eternalizes one winter morning when a birch tree cast shadows onto the snow — hyper real with its intensity, but there’s no hint of computer manipulation anywhere. Her images are like rough wood sanded to a polish to reveal the natural grain within.

Bowker has another ongoing series taken at a logging site one mile from her house. An eerie landscape with bended trees shrouded in fog intimates a disaster, perhaps a tornado.

“But the softness of the fog and what it does to that destroyed landscape brings out the new growth,” Bowker said. “There’s beauty that comes out of destruction.”

Sometimes artists portray ugliness as a way to call attention to the injustices of the world, but Bowker takes ugliness, especially decay, and turns it into beauty.

“My husband’s a gardener and I like photographing (the garden) when it gets to this time of year, when everything is ripe, even overripe, sort of frowsy. It’s so evocative and full — the whole life cycle right there,” she said.

Bowker moved to Wisconsin in ‘09 with her husband, Jerry, both retired from the University of Wisconsin-Stout.

“I was in the art department and ran the visual resources and was adjunct teaching. He was the gardener — designed all the beds and did the flowers,” Bowker said.

The Bowkers live on Mawikwe Road in a finely crafted home built by Jim Steffensen with a solar panel perched next to a huge garden that’s currently very ripe and frowsy.

Bowker got her B.A. in sociology with an emphasis on library science from the University of Wisconsin-Stevens Point, while Jerry earned an art degree at the same college. Until that time she thought art was mostly about talent, but after reading some of her husband’s art history books discovered “it’s intelligent, psychological, and you could learn it.”

Since she was a child, Bowker’s been interested in photography. While earning her B.A. she returned to her passion.

“I got a single-lens reflex camera — went from my Brownie camera up to a Pentax,” she said.

After getting their degrees the couple moved to DeKalb, Ill, where Jerry went to graduate school and Bowker took several photography classes with a focus on black and white. To support the couple she worked as a librarian. “In this same time period we had a son, and he drowned when he was 8 1/2,” Bowker said.

At that point she abandoned the darkroom, her black and white photographs no longer satisfying her sudden need for vibrant colors, which she found in weaving and oil painting. In her 30s she went back to school in Iowa City and studied art for eight years, finally earning a Masters of Fine Art while working part time as a librarian. Now she works full time as an artist.

Nancy Raeburn, who owns the Sea Witch in Corny, rents out three-quarters of her building to five artists (who will also be in Art Crawl). The other portion of the building, called Sea Witch Annex, is where Raeburn, not at all a hobbit, creates and exhibits her work. Her pieces burst with a vitality that whisper Greek and Mexican villages, places she has lived and studied. Scandinavian, Turkish and Native American motifs inform her work too. So does poetry. In fact, she’s a creative writing graduate from the University of Minnesota in the Twin Cities where she lives half of the year. Currently she teaches memoir writing at the Loft, a literary center in the Twin Cities.

Raeburn has written one memoir, “Mykonos,” about her 10 years living on a Greek Island where she studied painting with Luis Orozco, an ex-pat from Mexico City. She has also published a chapbook, “Passing Through Heart Land: Lake Superior Poems.”

A harbor-facing window inside Sea Witch Annex was wide open on Friday morning despite the dropping temps and chilly lake breezes — definitely invigorating, like Raeburn’s work. The artist was occupied snipping bits of colored paper and arranging them onto five-inch tall mat-boards. One depicted a woman (about a tenth of an inch long) floating on the water next to an abstract stick-house with Q-Tip sized clouds overhead. She paints the mat first with watercolors then watches what shapes emerge before assembling a scene. When she’s done, she sets her tiny paintings on miniature easels. Her larger work — painted rugs on floor cloth — is a type of stenciling that when finished requires five coats of polyurethane. The larger ones can actually be used as rugs.

“They come from sixteenth-century Europe when the poorer people took the old sails for fishing boats, painted them and put them on the floor so they could have beautiful rugs like the wealthy,” Raeburn said.

Eventually this practice sailed across the Atlantic and landed in Colonial America but died out only to be revived in the last 50 years.

Raeburn’s work will be on sale this weekend along with dozens of other talented artists inspired by the breezes that blow off Lake Superior. If you’re lucky, you may even catch some of these artists with brush, pot or scissors in hand, demonstrating how they make their creations. A list of the artists and where their work is being shown is available at the businesses mentioned earlier.

Hope McLeod can be reached at hmcelod@ashlanddailypress.net.