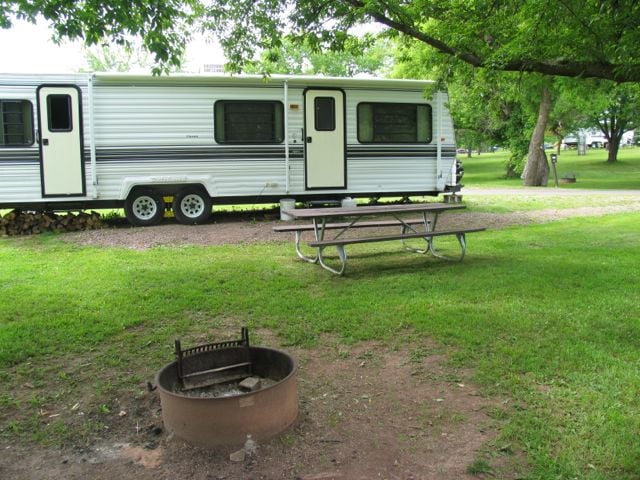 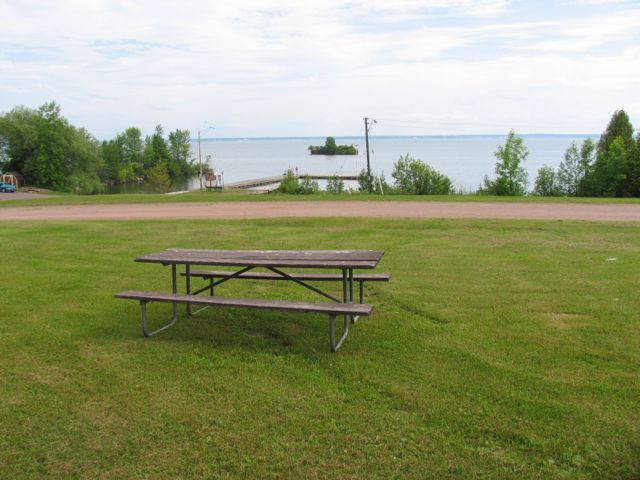 The Thompson West End Expansion Committee, made up of five citizens and two council members, has identified two locations for campground expansion, both east of West End Park. This one overlooks the boat landing and is often used for tent camping or overflow parking for Book Across the Bay.

The City of Washburn is in the design phase for the expansion of Thompson West End Park.

Photo by Hope McLeod
1 of 2

The Thompson West End Expansion Committee, made up of five citizens and two council members, has identified two locations for campground expansion, both east of West End Park. This one overlooks the boat landing and is often used for tent camping or overflow parking for Book Across the Bay.

WASHBURN —What to do with Washburn’s lakefront property: that is the age-old question posed by every city administration since the town’s inception in 1883. From mill ponds to playgrounds, the choices have either brought in much-needed income or provided a variety of recreational opportunities for residents and visitors alike.

The City of Washburn is in the design phase for the expansion of Thompson West End Park. Citizens are invited to share their thoughts, concerns, ideas and visions for Washburn’s waterfront future at 5:30 p.m., July 9 in the Washburn Elementary School cafeteria, 411 West 8th Street. Marek Landscaping, consultants hired to guide the design process, will host the evening. Though many members of the Common Council may be present, no actions will be taken at this meeting.

Two and a-half years ago it was decided that expanding the campgrounds was a good first step toward better utilizing the lakeshore. An ad hoc committee made up of five citizens and two council members was formed October 10, 2011 under Mayor Ralph Brzezinski, called the Thompson West End Park Expansion Committee. The group’s first charge was to prepare a request for proposal (RFP) for the expansion of West End Park.

Campground fees bring in good revenue for the city.

In other words, the parks pay for themselves. Washburn has two parks: Thompson West End Park and Memorial Park, both popular locations for tourists. In fact, for several years there has been a waiting list for seasonal campers, big supporters of the local economy who purchase groceries and supplies in town and eat at local restaurants. It’s a win-win venture for both campers and city alike.

Griffiths said that after doing an exhaustive citywide search, the most logical place to expand is to the east of West End Park. This includes the area above the boat landing used for overflow parking at Book Across the Bay and at the beginning of the Washburn Walking Trail in the open area to the left.

While the committee was exploring these options, another question emerged, “How can we enhance West End Park as a whole and utilize some of the vacant property along Holman Lakeview Drive?”

In the past, the mere mention of Holman Lakeview Drive and any kind of development nearly started a revolution. No one showed up at City Hall with pitchforks and lanterns in the middle of the night, but it definitely stirred the pot and pitted neighbor against neighbor in a bitter struggle that surely no one cares to repeat.

“We’ve seen the property we have down by the lakefront can be divisive in a community if we don’t address things with a lot of caution,” Griffiths said, “and make sure everybody involved in the process has a voice.”

For that reason the city has hired Marek Landscaping to not only lead the meeting but also integrate the different ideas collected on July 9. Over the course of a few months the consultants will come back with three different plan options based on the town’s input. One might include generic campsites that don’t distinguish between RV and tent camping; another could separate the two, interspersing primitive campsites with tents within the park and along the Walking Trail. It all depends on who shows up at the meeting.

Input is welcome for other ideas regarding the use of this public space.

Gary Holman, chair for the West End Park Expansion Committee and lifetime resident of Washburn, recently took a trip to Spain and saw some interesting uses of public space.

“That whole Coasta del Sol is a beautiful arrangement for locals and tourists,” he said. “There’s road access all the way around, green space, public areas. You can walk, bicycle, stop and have a beer or a coffee. Or you can jump out of your car and step over the malecon and walk for miles and miles.”

He personally would love to see the lakefront integrated in this way.

Next order of business?

“After the firm comes back to us with more final designs, we’ll need to figure out how to fund it,” Griffiths said.

Marek will suggest some funding options for each plan, including grants. But as Griffiths said, “In the world of municipal government, there’s no such thing as free money.”

The city will need to provide matching funds for these grants. This could be a 50-50 match or 40-60; but either way, money will need to be borrowed.

The benefits are long lasting. A town with an interesting lakefront attracts tourists as well as newcomers who won’t just pitch a tent but buy a home, pay taxes, start new businesses in the community. Over a decade ago it was suggested that condominiums be placed along the Walking Trail on Holman Lakeview Drive as a way to expand Washburn’s tax base, but the majority of the town was not in favor. Today, with a different council and different faces in the audience, maybe some new ideas will surface that haven’t yet been considered. The committee agrees that whatever it is, it needs to be sustainable and beneficial for everyone in the community.

“This project got underway long before I was elected,” Griffiths said, “so I can’t take credit for it, other than trying to make sure the process gets us a park that everybody’s going to be in love with.”

By the way, a separate though related project he’s been involved with is already in progress.

“The (West End Park) restoration project is related in that they are both part of the overall enhancement of the experience of the park,” Griffiths said.

This includes storm water restoration to make the beach more accessible and safe from E. coli contamination, which has been a problem in the past.

Whether it’s Book or Board Across the Bay or the Superior Vista Bike Tour, the Washburn lakefront has proved to be a place people like to gather. Why not give them a reason to linger or rest their heads at the end of the day?

The council invites all residents to share their thoughts on the subject and dream a new future for Washburn’s shoreline.