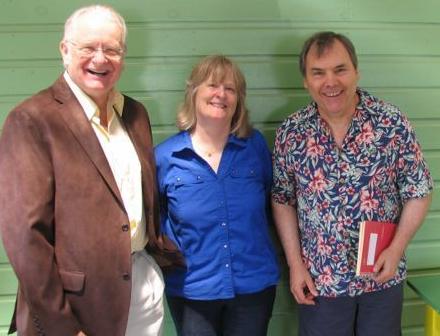 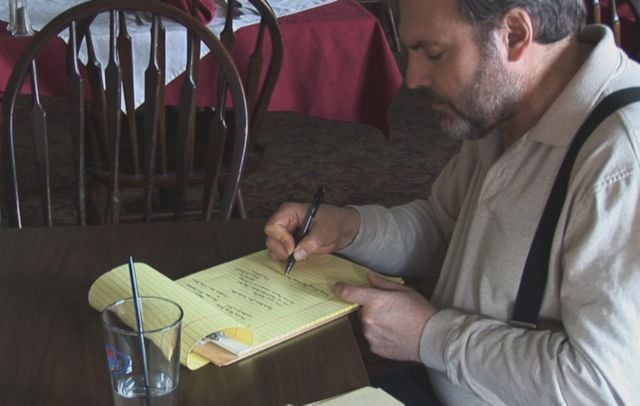 Bruce Burnside conducting an interview with one of the elders filmed in the new DVD, “Cornucopia: a historical excursion.” 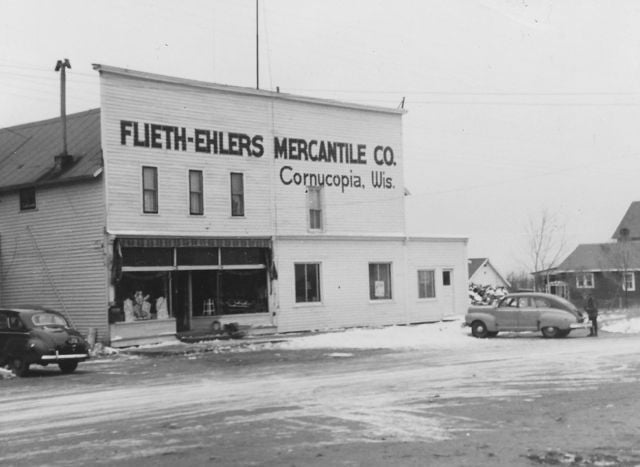 Ehlers Store has been a gathering place for Cornucopia for nearly a hundred years. 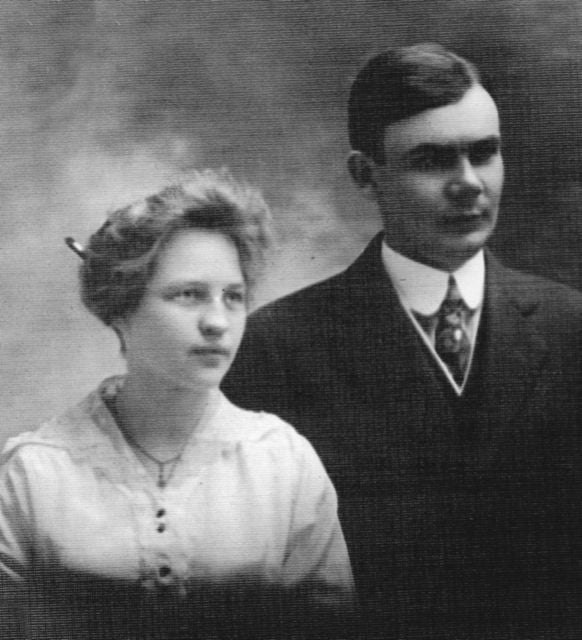 Herman and Esther Ehlers (1915) gave the townspeople credit at the store during the long, hard winters 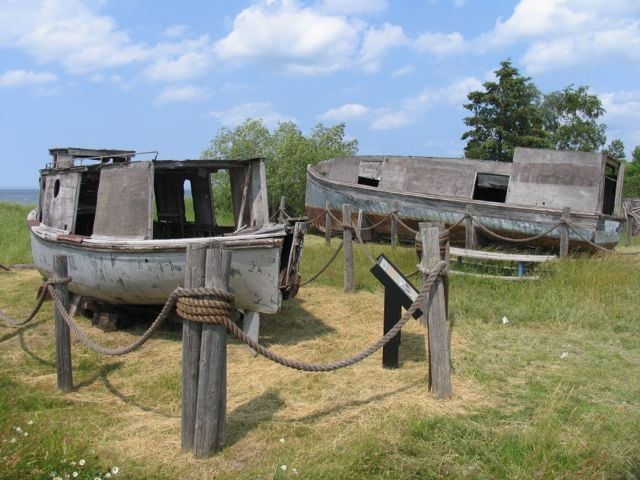 A few retired fishing boats behind the Green Shed Museum in Cornucopia where a new film about the town, “Cornucopia: a historical excursion,” is being shown 12 p.m. –4 p.m. every Thursday – Sunday

Bruce Burnside conducting an interview with one of the elders filmed in the new DVD, “Cornucopia: a historical excursion.”

Ehlers Store has been a gathering place for Cornucopia for nearly a hundred years.

Herman and Esther Ehlers (1915) gave the townspeople credit at the store during the long, hard winters

A few retired fishing boats behind the Green Shed Museum in Cornucopia where a new film about the town, “Cornucopia: a historical excursion,” is being shown 12 p.m. –4 p.m. every Thursday – Sunday

CORNUCOPIA— Yes, there are places on earth where pure drinking water still flows; where the air heals and replenishes; where people live by the rhythm of the seasons. One of those places is Cornucopia.

Perched on the northernmost tip of Wisconsin on the shores of Lake Superior, Corny (as referred to by the locals) is home to 221 people. Recently famous as the pit stop for thousands of visitors on their way to the ice caves, this village on the outside consists of a clutch of tiny shops, one of the most beautiful beaches in Wisconsin and a quaint harbor plucked right out of the last century. But beneath the surface something else percolates.

A plaque in front of the town’s artesian well reads, “where good things flow at the flowing well.” Some of these good things include stories recently captured in a new DVD, “Cornucopia: a historical excursion,” now available for viewing and/or purchase at the Cornucopia Green Shed Museum, noon to 4 p.m. every Thursday-Sunday, including Cornucopia Day this Saturday.

The jewel at the center of this 60-minute documentary is oral history — a series of interviews with the town elders conducted by Bruce Burnside, author, musician and composer who’s lived on the cusp of Corny for 35 years. Burnside also wrote the narration and music which provides a perfect setting to make this jewel shine. Filmmaker Ivar Lunde, Jr. from Skyline Studios in Eau Claire pieced together a visual quilt out of the numerous squares of history, including black and white photographs, old film footage and new video he shot of present-day Corny. Together these men co-directed and co-produced something that both locals and visitors can enjoy. In addition, Eleanor Chernoff, president of the Green Shed Museum and executive producer for the film, provided the raw materials for the project, including funding and historic images and documents.

On July 20, one hundred and six people congregated at the Shed for the film’s premier.

“It’s the largest amount of people we’ve ever had for a museum event,” said Chernoff.

The Shed, formerly used for sorting fish, opened as a museum in 2000 and houses an extensive collection of early Corny photographs, artifacts and documents which Burnside has been thumbing through for years. But only recently did he feel a call-to-action.

“My motivation for this DVD project was to create something that would help the museum by having something to market that would bring in some revenue,” he said.

He also recognized that the stories were falling like timber in the late 1800s. In 2012, he suggested to Chernoff that an oral history be conducted, and how about a film? Another meeting took place with Chernoff, Burnside and Pauline Ehlers, a lifetime resident and active member of the museum, after which Burnside took to the field and began recording the elders before funding was in place. It’s a good thing, because since then two of them have passed away: Helen Kaseno and May Rose Colamatteo.

In early spring of 2013, Chernoff applied for a mini-grant from the Wisconsin Humanities Council and received the award that May. Matching funds were provided by the community. With a fresh carnation pinned to the museum’s lapel, the film project began in earnest one year ago.

Burnside is not entirely new to filmmaking. In 2008 he produced a documentary, “The Settlement,” which focused on 160 acres settled by an Ojibwe, Frank Belanger and his wife Lizzie in 1884. Described by Burnside as “an isolated valley where a twelve-mile walking path through the virgin forest led to the nearest town,” that town is Cornucopia and that land was in Burnside’s backyard.

Burnside has traversed these old logging roads in his mind for years, plus he’s trekked to town like the Belangers did to retrieve supplies for his family while commingling with neighbors. A favorite gathering place for over 100 years has been Ehler’s Store.

“One of the first things that struck me about Corny was how everybody took care of each other. When it came to food and survival, the Ehler’s Store ran a tab there all winter. Those people would not have been able to survive without that,” Burnside said.

In fact, the store kept that tab going until the 1970s.

The Corny film is divided into six sections: the town today; the institutions and industries of yore (lumbering, farming, Ehler’s Store); Cornucopia Day and its origins; the religious community (three churches); history of fishing; and finally, a collage of subjects that didn’t fit into any previous category.

On July 29, Burnside hightailed it indoors after a clap of thunder and sudden downpour interrupted his wood chopping for the day. Like the early pioneers, Burnside heats his home with wood and makes his living with a little bit of this, a little of that. He’s primarily known as a member of the Blue Canvas Orchestra with the Big Top Chautauqua but also performs, records, and composes his own music. He’s learned a thing or two since producing the Corny film.

“It takes a long time to write something that sounds simple,” he admitted, referring to the narration.

He also alluded to the challenges of being a narrator.

“I’m not a radio announcer guy, BUT I’M LEARNING HOW TO DO IT!” he bellowed with his newly acquired sportscaster voice. “I also learned how Corny functioned in the early days, how the families who stuck it out survived. They had their share of hooligans though.”

The film begins with a woman recounting a story about her parents who sold everything to move to this wild place on Lake Superior. Unfortunately, a land agent tricked them into buying property that was under water.

Corny is also a reverent place, touting three vibrant churches, one of them being Russian Orthodox, “a bit unusual for these parts,” Lunde said.

Burnside met Lunde in ’99 around the time he formed a non-profit called, Forgotten Wisdom, whose mission was “to preserve historical stringed instrument techniques and bring new stage presentations and historical music to fruition.” True to that mission, in 2000 Burnside wrote a historical musical about the Civil War and needed someone to orchestrate it. Susan McLeod, director for the Chippewa Valley Museum in Eau Claire and a board member for Forgotten Wisdom, suggested Lunde, also a musician and arranger.

“That was the beginning of a blossoming friendship,” Lunde said.

After that project, another one followed: a two-hour DVD on Burnsides’ “last 30 years” which he gifted to his grandchildren. When it came time to hail a videographer for the Corny film, Burnside knew exactly who to call.

Lunde, a former professor of Music Technology at the University of Wisconsin-Eau Claire for 35 years, also arranged and played a few instruments on a theme song which Burnside composed for the Corny film. The rest of the music for the DVD is music previously composed and recorded by Burnside.

Organizing over 100 years of history was a daunting task.

“When we started the project, we really didn’t know what we were getting into,” Lunde said. “Some people didn’t want to be interviewed or filmed. Some felt awkward about it, others were delighted to do it.”

As reflected by the turnout at the premier, the film is being welcomed with open arms. Stop by the museum on Cornucopia Day this weekend and take a look. Also, stroll through town and enjoy Corny’s annual fundraiser for the fire department with a whimsical parade and aisles of kiosks exhibiting local crafts, foods and games. Get dunked in the dunking pool and help this small but mighty community keep its pure water flowing.

To find out more about the Corny Museum go to: shttp://cornucopiawisconsin.net/green-shed-museum.html