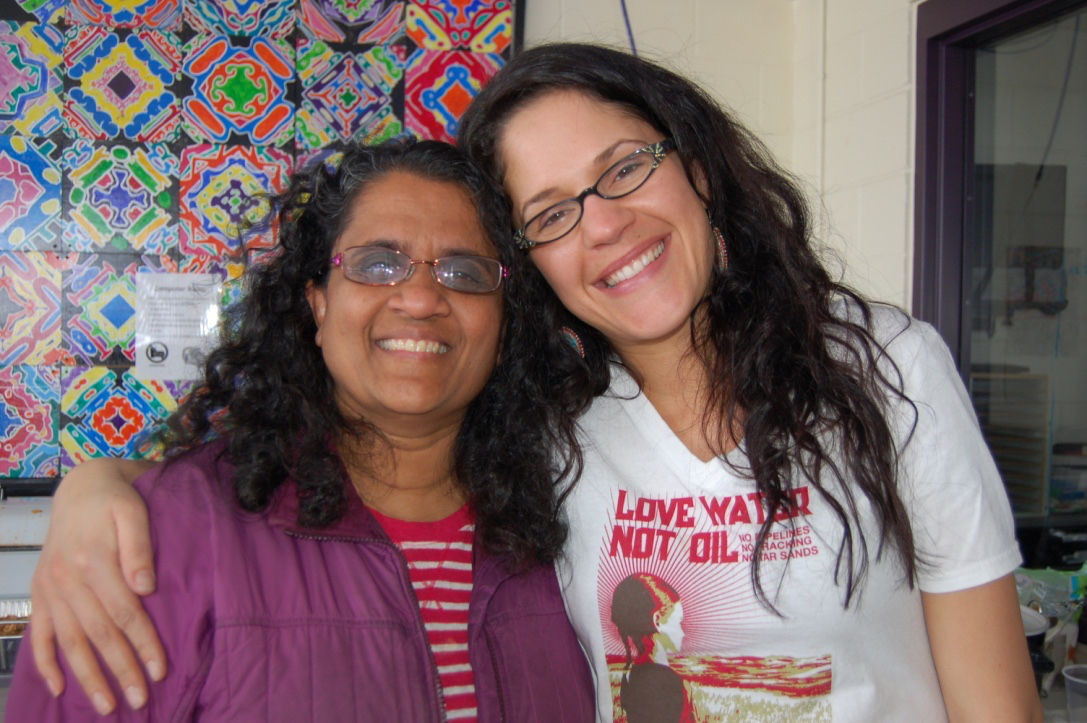 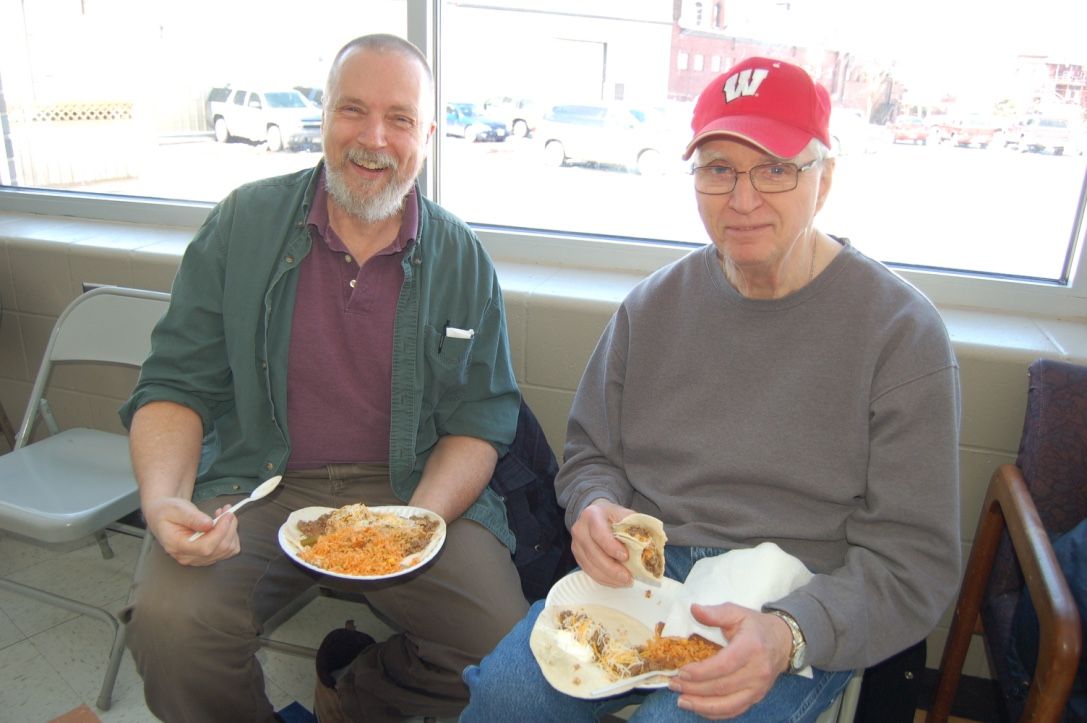 Area residents Tom Mathison and Louie Stuer came out to enjoy some tacos at the Hearts To End Hunger Free Community Taco Feed held on Saturday at the Bretting Community Center. 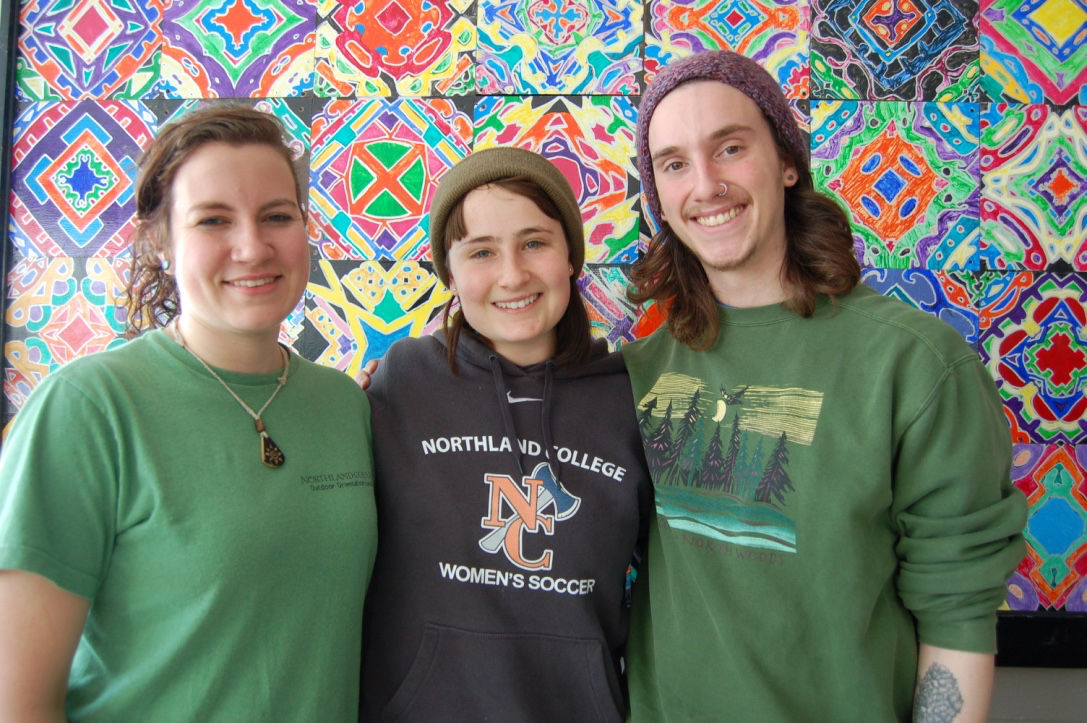 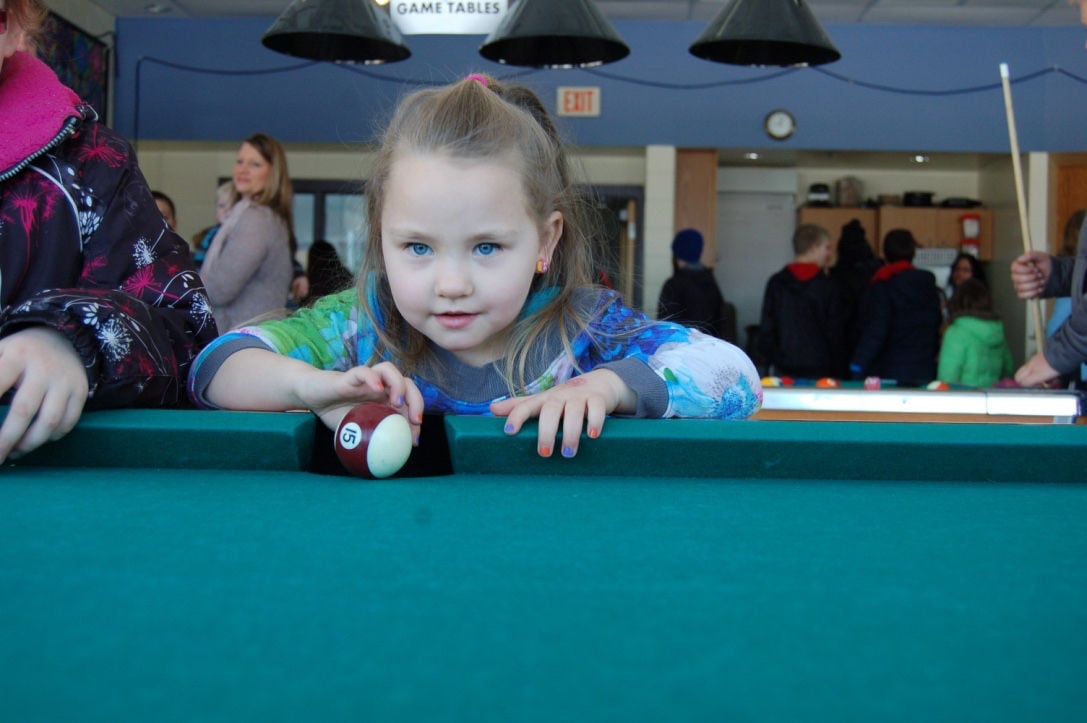 Ashley Leciejewski, a local five-year-old plays with some pool balls after enjoying some tacos with her family Saturday. 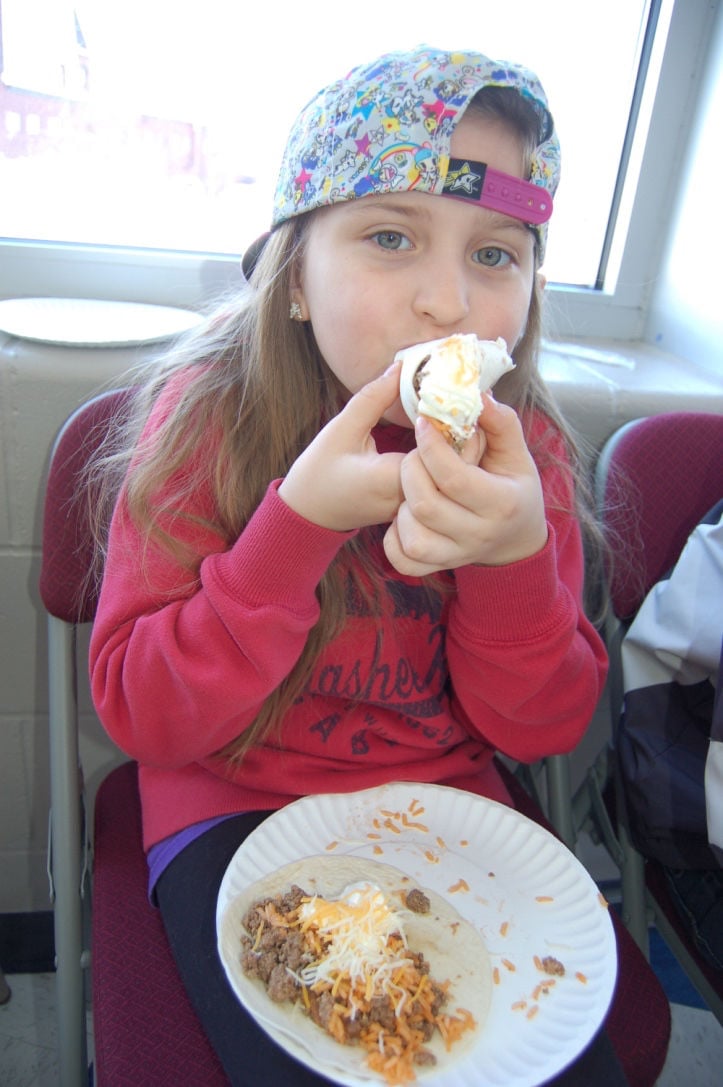 Bailey Bakken, a local eight-year-old, enjoys eating some tacos with her family at the Hearts To End Hunger Free Community Taco Feed held on Saturday at the Bretting Community Center.

Area residents Tom Mathison and Louie Stuer came out to enjoy some tacos at the Hearts To End Hunger Free Community Taco Feed held on Saturday at the Bretting Community Center.

Ashley Leciejewski, a local five-year-old plays with some pool balls after enjoying some tacos with her family Saturday.

Bailey Bakken, a local eight-year-old, enjoys eating some tacos with her family at the Hearts To End Hunger Free Community Taco Feed held on Saturday at the Bretting Community Center.

Founders Sage Chavez and Charlene D'Cruz created Hearts to End Hunger with the mission and long-term goal of facilitating a warm meal a day, every day of the year in the Ashland area while also working to reduce food waste.

Saturday’s meal was comprised of soft-shell tacos filled with chicken or beef, rice, beans, sour cream and shredded cheese and was open to everyone in the community.

At the beginning of the mea,l D'Cruz noted that they had a few hiccups getting things going – like getting let into the building a little late – but people showed up out of the woodwork to help out. Northland college students Casey McCullough, Laura Rethmann and Parker Matzinger were three such individuals.

“We helped heat up the food and helped set up as much as we could to give Sage a little bit of a breather,” McCullough said, adding that Chavez was the one in charge of organizing the event.

“Sage she was telling me about this and I asked if she needed volunteers and then I got these two into it as well,” McCullough said, motioning to Rethmann and Matzinger. “We just volunteered to do what we could. We just wanted to help out.”

“Its been fun,” added Rethmann. “We just heated up food and now we’re just hanging out until something else can be done.”

“It’s just a better way to spend your Saturday,” Matzinger said. “It’s always nice getting to know more people from the community and helping out while you do it.”

“This is such a cool organization,” Keenan said, adding that he really admires Chavez and D'Cruz for starting Hearts to End Hunger together. “There is a lot of really cool things that they do for the community and the fact that they were able to provide soup for one whole year … I cooked five gallons of it and I thought it felt really good to do that kind of thing.

“I think this might be one of the best kept secrets in Ashland. If people don’t know about it they need to know about it so they can help out … If everybody helps everybody we can have very strong community.

Area residents Tom Mathison and Louie Stuer came out to enjoy some tacos. Mathison said he heard about the event through a poster he saw at the library and both Mathison and Stuer agreed that it was some very good food.

Another area resident, Melanie Leciejewski, attended the event with her husband and their five-year-old daughter Ashley.

“I just thought it was a neat idea to get out in the community and be with all the people and I know my daughter loves tacos,” Leciejewski said, noting that she learned about the event through Facebook. “I know Sage and she does a really good job.”

Leciejewski added that her daughter – who was playing at the pool table with a friend — had wanted to attend for the games and the music as well.

Local DJ Mike Edwards volunteered his time to provide music for the event.

“As long as I have the room for it and the availability, I do all non-profits for free to help the community,” he said noting that he was enjoying the event. “I love it. It’s great. It’s fun to get the community together and enjoy the food.”

Edwards also agreed that the tacos were very good and he and his two children were having a great time at the event.

Chavez said she and a couple of her friends who work at El Dorado had been up late the night before preparing food for the event.

“We did it after hours at El Dorado … we were all up until four doing the cooking,” she said. “I think we allowed for like 300, give or take.”

Chavez referred to one of her friends as the ‘Taco King’.

“He doesn’t really cook for the public there but I got him to cook for this,” she said. “This is his passion which I think you can taste in the food.”

Chavez estimated that they received about a third of the meat they needed from food donations and purchased the rest from monetary donations they had received.

“Between the actual meat donations and the money we got what we needed,” she said. “I think it was absolute insanity planning it because like I said it’s like totally on faith … it was just crazy but it all came together.”

Around 2 p.m. as the event was wrapping up, Keenan, McCullough, Rethmann, Matzinger and others started picking up chairs and packing up leftovers.

“I think we served definitely over 150 people,” Keenan said. “When I did my first official count, when we first started we were at 75 and that line kept flowing and it stayed pretty long at least for an hour and I’m quite confident that we had over 150 people for sure.”

Chavez and D'Cruz were in agreement that overall the event went well. They said none of the food would go to waste, as all of the leftovers would be served on Sunday at St Andrew's Church in Ashland.

“My heart is full,” Chavez said, telling how the event was a little touch and go but it worked out wonderfully in the end, making it all worthwhile.

Chavez added that they are still looking for people to participate in the second year of the Hearts to End Hunger’s 52/52-soup program.

“I’m scheduling into July,” she said. “July and on … we need people to sign up.”

Chavez and D'Cruz agreed that they couldn’t do any of it without the support of the community.

“Exactly … but we’ve pulled off nine events,” D’Cruz agreed crediting their success to the communities support.

“This community is awesome,” said Chavez.

D'Cruz said she is always amazed to see how people come together for the 52/52-soup program.

To get involved or for more information on Hearts to End Hunger check them out on Facebook at the Hearts To End Hunger Public Group page https://www.facebook.com/groups/heartstoendhunger/