Today's smile of the day 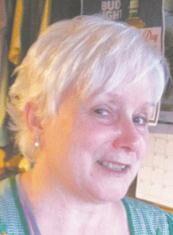 Physician Assistant Tony Valentine talks about the new general surgery robotics room. A $30 million project to expand Memorial Medical Center's surgery center has been underway for the past 18 months and will open in late March.

Joe Kochevar, at rear, and other MMC staff members check out a patient room. The new surgical services addition will include 18 pre-and post-surgery rooms.

"I came from Duluth, working at Essentia Health Care St. Mary's, and coming to this facility, the environment and the culture here has been fantastic. But to be honest, the prior surgical suites were quite dated," he said. "We have basically brought the new operating room suites into the 21st century, which is fantastic."

MMC Chief Operating Officer Karen Hansen said the addition will be a huge benefit to the hospital and its patients.

"It is affecting almost every department here," she said.

"It's big and gives great technology to expand our robotics program," she said.

A major factor in the new addition is simply that there is more space available to do procedures, Hansen said.

"Part of the advantage in the space we are gaining in our operating rooms is the efficiency in the cases we see. It's safer for the patients because we can move equipment better, we can work together better; we don't have to be crossing paths. And there are improved infection-prevention techniques," she said.

At its peak, the hospital now can run five operating rooms at a time while holding one in reserve for emergencies.

"We have been working really hard to continue making local care as high-quality as possible," he said. "This new addition solidifies our commitment to keeping surgical care – and all care – close to home. With top-rated surgeons and specialists and now a new, modern surgical space, Memorial Medical Center continues to elevate our services to our communities."

Doctors who will be dealing with patient care in the new surgical center are excited about the prospect of moving in, Hanson said.

"When you talk about very good patient care and infection prevention, the overall space and the workflow really have a huge impact on patient safety and outcomes," she said.

Valentine said the new center would give patients earlier access to surgery.

"It's supply and demand. If you don't have the supply of operating rooms, there will be increasing demand and people are going to have to wait. That can be can issue. So basically doubling the amount of space we have to work in provides earlier access for patients, which I think is a great benefit for the community," he said.

Hansen said both nursing staff and surgeons were involved in planning the space. She also said one reason for the addition was the increasing number of surgical patients who were choosing to have their surgery done in Ashland.

"There is a convenience in coming here and I think they have a real trust in the quality of care they are getting," she said.

The first surgery in the new space is scheduled for March 23.

Milligan Fishing's boat the Six Pack breaks through ice as her crew heads out to open water on Lake Superior.

It may look calm and serene, but the spring on Lake Superior brings with it many hazards, from quickly changing weather and high winds to chunks of ice beneath the surface, waiting to punch a hole in a hull.

Lake Superior is a treasure of resources. Literally tons of fish are harvested every year and sold to Bay-Area restaurants and markets.

That large harvest can be big business for commercial fisherman like Jeremy Milligan, owner of Milligan Fishing in Bayfield. But it comes with dangers all around the lake —particularly at this time of year.

"I would describe the fishing grounds as from the Apostle Islands to Marquette, Michigan," Milligan said. "There are lots of big risks on the lake. Anywhere from breakdowns to putting a hole in the boat from ice."

And those risks are heightened now, as winter ice breaks up and spring winds blow chunks of submerged ice across Lake Superior.

"I have broken down many miles away from anyone," Milligan said. "I watch for everything. The winter is different from summer because you are running the boat through ice."

Even on its best days, the frigid waters of Lake Superior are hazardous — especially to the men and women who make their living on it. Commercial fishing is among the most dangerous jobs in the country; the fatality rate among professional fishermen is 23 times higher than for all other workers, according to the federal Bureau of Labor Statistics.

Lake Superior's fickle weather is notorious. And in spring, conditions can turn in a heartbeat.

"There aren't really any safe ports in the islands, maybe a few," Milligan said. "But (here) you can always hide behind an island. In Michigan there is nothing to hide you. You just tough it out."

Native fisherman and state-licensed commercial fisherman share evenly in the annual fish harvest on Lake Superior, which the state Department of Natural Resources estimates was about 500,000 pounds in 2019.

Jacob Rodmaker, fishery specialist for the Mashkiiziibii Natural Resources Department in Ashland (a part of the Bad River Band of the Lake Superior Tribe of Chippewa Indians), agrees that winter ice is particularly dangerous.

"Native fishermen leave from Bayfield and follow the ferry line out to clear water," Rodmaker said. "If there is ice, they break through it with their boats until the ice is too much to handle." When the ice becomes too thick for boats, the fishermen apply surface ice-fishing techniques which then leave them exposed to the lake's biting cold and wind chills, he said.

Lake Superior's bold currents pose risks underneath the ice, according to Carolyn Swartz, owner of Ashland-based Anglers All bait and tackle shop.

"For one thing, because of the islands we have currents in strange places," Swartz said. "Ice does not form uniformly. There is an inland tide that occurs even in winter. You might get out into a spot, then it could be difficult to get back in."

"One happened in November," he said. "It was unusually warm, so most of the doors were open, and the wind started to pick up northeast hard. We had just set a gang, heading to the next one. As we turned, the boat rolled hard," he said. "My guy was stepping over a box of nets and the boat rolled the same way he was stepping. He flew clean out the door. I threw it in reverse and nailed it. Good thing he was a good swimmer, and we got him back in."

"From guys getting wet, cold, slipping on ice, be ing caught in the machinery onboard the boats, it can be a hazardous job," he said. "Wind and waves are a critical factor in safety. Ice in the early winter can also wreak havoc on the nets and gear and can be especially hard on the boat itself as they break ice to get out into the open waters."

On Lake Superior, those ice-breaking boats are made of steel. A case can be made that the fishermen are, too.

An aerial view of the former Timeless Timber site shows the proposed sites for a Mexican restaurant and a 50-unit housing development. City leaders are debating whether to give the property valued at almost $500,000 to developers.

Ashland City Council members still are haggling over whether to sell or give away the former Timeless Timber land on Lake Shore Drive East that developers want to transform into housing and a restaurant.

Ashland Director of Planning and Development Megan McBride said the city has not yet entered into a development agreement for the parcel as she awaits a council decision.

She provided members this week with what she called a "workshop conversation," aimed at getting a sense of where the council stands on the critical issue of what, if anything, developers should pay.

The 27.25 acres of land, valued at $489,000, originally was used as a heavy equipment manufacturing business in the 1950s. It most recently housed Lake Superior Underwater Lumber which went through a number of financial setbacks, concluding with the property being taken over by the city in 2014. The buildings were razed in 2017 and part of the land was used to build a Kwik Trip convenience store.

Council member Dick Pufall said the land, located on Highway 2 near Walmart, is "a prime piece of property" in a desirable location.

"I am all for the development 100%," he said. "But to give away a piece of property that is valued at what that one is, I think we have to get something for it," he said. "I don't have a figure in mind, but I believe that we should be compensated something for that property."

McBride noted that when the original request for proposals was made, one of the incentives the city offered was donation of the land.

Council member Holly George also wants the city to be paid for the land, but acknowledged the negotiations with developers were complex.

Mayor Debra Lewis, on the other hand, argued that the city has given incentives to attract new businesses for years, including tax increment financing for Culver's Restaurant and the Cobblestone Inn.

Lewis also said that the site of the proposed 50unit affordable housing development and Mexican restaurant is in an under-performing TIF district where money was invested tearing down old buildings to prepare the site for reuse.

"This is a brownfields site that has sat idle for quite a number of years. The idea of giving an incentive there is to get some money going into that TIF district," she said.

She also noted that the housing project is dependent on tax credit funding from the Wisconsin Housing and Economic Development Authority, which in turn requires a city donation to the project. Lewis said the proposal package to WHEDA included donation of the land.

"Part of the rationale is that it has stood vacant for this long. If there was a buyer who was going to develop this site I am not sure why it is sitting vacant right now," he said.

McBride also presented the council with a summary of comments about the two projects gathered from residents of nearby neighborhoods.

She said a one questioned if Ashland needed a third Mexican restaurant. Others had concerns with traffic safety.

Another had concerns that affordable housing residents would bring criminality and drug activity to the neighborhood, which could cause a lowering of property values, and suggested that resident drug tests and background checks be required. The respondent also asserted that allowing tax-financed housing was unfair to local landlords.

McBride said her next steps would be to work with an attorney to develop a draft development agreement to present to developers and to council members.