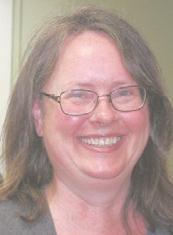 A face shield built by C.G. Bretting Manufacturing Co. sits atop a 3-D printer, one of two dedicated to the construction of the shield's headband.

Randy DeMars was checking out some videos on YouTube when he saw one that really caught his attention.

The story dealt with the construction of protective face shields using 3-D printers — the same sort of shields that health care workers desperately need to protect them as they care for coronavirus patients.

There's not much to them, just a plastic headband that holds a clear plastic sheet to protect the face and eyes, but they can make the difference between life and death if a patient coughs or sneezes in a doctor or nurse's face.

And DeMars, a sales representative at C.G. Bretting Manufacturing Co. in Ashland, realized while watching the video that Bretting's equipment could easily bang out plenty of masks.

"I did a little bit of research into how to find the model — when you use a 3-D printer you need a computer assisted design model, and there are places out there that had created them and made them available," he said.

"So we contacted the hospital and asked them if they would like us to try this. They said sure and we had the first 10 on on March 31. They took a look at them and said 'Yeah, those would work' and that's when we started our two printers going on them," Bretting said.

By Monday, Bretting had manufactured 80. While the shield holder is made on a 3-D printer, the replaceable shield itself is stamped from stiff transparent plastic originally intended for use in an overhead projector.

own 3-D printers. It's been a cool, complete company effort to run these parts," Bretting said.

From there, the idea spread to Washburn Iron Works, where the company jumped in immediately.

"Bretting reached out to me last Friday because they knew we also had a 3-D printer and they asked if we could join in to speed up the production of the bands," said Washburn Iron Works coowner Cole Pearson.

By Sunday, Pearson's machine was producing shields, too.

"That's the great thing about 3-D printing; they just sent me an email with the file that they were using for the band, and 10 minutes later I am able to load and format it for our printer and start printing. We are continuing to print as we speak," he said.

The Washburn operation had produced 84 bands of a planned 400 between the two firms, all for Memorial Medical Center and Ashland Health Services.

"We are going to reach out to a few others and see if we can help them," Bretting said.

The shields are vital because they allow emergency personnel to extend the use of their cloth facemasks, which are in critically short supply, by protecting them from contamination.

Bretting also has built seven custom plastic boxes for MMC that allow physicians to perform such tasks as intubation of patients onto respirators while limiting their exposure to coronavirus. They are essentially three-sided boxes with covers that fit over a patient. The physician, who is gloved and gowned, works through a pair of armholes cut into one side of the box. They prevent widespread contamination caused by a patient coughing or sneezing while the procedure is taking place.

Both the masks and the intubation boxes are being provided free of charge to the hospital and nursing home.

"It's a very big deal for us," MMC Chief Operating Officer Karen Hansen said of the shields and boxes. "It definitely protects our staff. It is one of the items that we did not have a lot of in our inventory and was difficult for us to get."

As of midweek, more than 100 shields had distributed among hospital staff.

"They are very happy. Bretting Manufacturing has designed something that is comfortable for them to wear and gives them full face protection," Hansen said.

"We are very grateful for the thoughtful donation by Bretting Manufacturing," she said. "In the care of our residents, wearing personal protective equipment is critical in keeping them, as well as our staff, safe. It is community partners such as Bretting that help our caregivers continue on with the fight against this virus. It helps lift them up knowing there are many people in their corner."

The Big Top Chautauqua's house band and others are performing remotely to entertain audiences and raise some money in case the summer season is curtailed.

The fate of Lake Superior Big Top Chautauqua's upcoming season is in limbo, but that's not stopping musicians in its Blue Canvas Orchestra house band from reaching out to people deprived of live performances due to the COVID-19 pandemic.

The 25-minute show featured pianist Danielle Diamond singing "Lean on Me," Ed Willett playing cello and Tom Mitchell humming the harmonica — all performed live from their homes, while Perry stayed safe in his Fall Creek locale.

Willett, Blue Canvas Orchestra's co-bandleader, said the show was experimental as everyone tried to juggle different Internet speeds and equipment.

But the sentiment behind the show is rock solid. Big Top is trying to reach out in new ways to its audience and offer some comfort — even if the broadcast suffers a glitch now and again, Willett said.

Despite a choppy live transmission at many points, the show left the audience — which has numbered about 10,000 so far — clamoring for more.

The lineup for an expanded 45-minute show that was held at 7 p.m. Friday featured Phil Anich, Yazmin Bowers,

With the first two of six planned episodes under the Big Top's belt, musicians were lining up to record performances that will be interspersed with live interviews for future shows.

The performance is unique in that it offers the audience a different perspective on the musicians, as the stage no longer stands between the two, Willett said. Fans can learn more about their favorite players when they catch a glimpse of their living spaces.

It's taking isolation and turning it on its head, he said.

Big Top's Kate Barido said the live music venue, which hosts local and world-renowned acts, wanted to provide people with a sense of unity and normalcy while cooped up in their homes.

The Big Top is brainstorming ideas to creatively deliver music to its fans across the U.S., especially as the upcoming season slated to start in June is in a holding pattern, Barido said.

Thus the Tiny Tent not only strives to deliver entertainment worthy of the Big Top name, it's raising funds for the organization.

No matter how much fundraising success it enjoys, the Tiny Tent Show is showing signs it will become a welcome addition to the Big Top tent's lineup of stage and radio.

"We worked really hard to get the thing going last week," Willett said. "I don't sense enthusiasm waning at all. I think it's building."

To donate to Big Top visit bigtop.org or charity.gofundme.com/o/en/campaign/tinytentshow to give to the Tiny Tent Show specifically.

EverGrow Learning Center is positioned as the backstop childcare center for emergency health care workers. Learning Center Board of Directors Chairwoman Betsey Harries said the center might be pressed into emergency 24-hour care if the numbers of COVID-19 patients increase to levels predicted by some experts.

EverGrow Learning Center Board of Directors Chairwoman Betsey Harries said the closures of businesses forced by emergency coronavirus rules have slashed the number of kids at the daycare.

While many parents are laid off and watching their kids at home, working parents — especially those in the health care fields — desperately need its services as other local childcare operations shut down.

"We intend to remain open to serve the families of doctors and nurses and paramedics," Harries said. "While they are taking care our families, we can take care of theirs."

EverGrow, created to serve Bay Area employers and their workers, has only been in operation for about four months and like other businesses, it can ill afford to keep the doors open with no revenue coming in.

That could change. If the virus sweeps through the Northwoods as it has other places, parents may need day care more than ever.

"We are trying to keep our staff employed," Harries said. "We are cleaning and sanitizing the center, preparing for the surge. We don't know if it is coming in a week or four weeks. But we are determined to keep the center open so when it does happen, it will be as smooth as possible for the families that work for the hospital, the fire department and law enforcement."

Thus EverGrow finds itself in a position where they have to wait for the other shoe to drop, risking financial stability in order to be prepared to perform a vital service for emergency personnel.

"We are being encouraged by Gov. Evers' administration to stay open for just this purpose," she said. "But we are in between a rock and a hard place here. We need money to operate and the money is not coming in. But the reason we need to be able to operate is so, so, so critical," Harries said.

The other side of the coin: The daycare needs to survive

so that it is available when parents are ready to return to work in other industries and when school resumes. If those parents can't return to work for lack of child care, the economic recovery will languish.

Harries said she is scouring every possible source for grant funding to allow the center to keep its doors open and delay cuts or closure.

"It's not going to happen this week; in the meantime, if there are folks out there who need child care right now, because their normal child care provider is closed, then they could certainly enroll at ours temporarily and go back to their normal provider," she said. "We need to get the word out that we have lots of openings and it will help the child care center prepare for this tough situation that is coming up."

And the situation may get much tougher. EverGrow may have to be kept open 24 hours a day when the peak of the epidemic hits the Bay Area.

"That means I'll need more staff than I have now, and I'm going to need to pay them," she said. "I'll need trained people or people who can very quickly move into those positions and help us get through the toughest times."