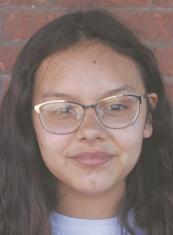 Jerry and Diana Henderson stand in the Taste of Wisconsin store in the former Ace Hardware building at 420 Lake Shore Drive W. in Ashland.

Taste of Wisconsin will feature premium Black Angus beef provided by Braveheart, which supplies restaurants throughout the country.

A major part of the store's offerings will be milk and ice cream, especially products from around Wisconsin.

Ashland has been without a source for locally cut meat and difficult-to-find local products since the Sixth Street Market closed earlier this spring.

Jerry and Diana Henderson hope to fill that void when their new store, Taste of Wisconsin, opens its doors in the old Ace Hardware building.

The Hendersons, who also own Up North Food Service, say they will feature freshcut meat, fresh seafood, locally produced products and other specialties from around the state and upper Midwest.

"I've purchased most of Sixth Street Market's equipment and will be doing the same kinds of things they did, and a lot more," Jerry Henderson said. "There will be lots of cheeses; we will be focusing on Wisconsin products."

Henderson said up to 90% of his goods will come from the Upper Midwest, and "they will be items that are not normally found in this area," he said.

The inventory will include sauces and spices, frozen foods, locally produced vegetables — "As much as I can get," he said.

"As a matter of fact, I was just talking to the guy selling fish in the parking lot," he added, referring to an angler hawking fresh Bay fish from coolers.

The second part of the operation will be a floral shop that will operate as a separate business, Henderson said. He said he could not provide details because of contractual obligations involving the owner.

Henderson said the store already has hired a meat cutter to prepare meat provided by Braveheart Beef, which supplies beef from younger Black Angus cattle that has less fat is tenderer than other steaks.

"You will not find that beef

line anywhere but here," Henderson said. "We will sell other beef, but that will be our featured product. If people try it, I think they are going to like it."

Contrary to rumor, the store has not bought Sixth Street Market's sausage recipes. He does plan to produce bratwurst and other sausage, but will approach that slowly, as he learns what the bay area market wants.

"We are going to make our own Taste of Wisconsin recipes, but you probably won't see that when we first open; we have to get going first," he said.

Though he doesn't have their recipes, Henderson said he has planned his store with assistance from Jerry and Linda Pearce, the former owners of the Sixth Street Market.

"Jerry and Linda have helped me considerably, and they are going to continue to help me throughout this process. They have been totally supportive of everything we have been doing," he said.

Serving as the head of the meat department will be Jada Bratley, an 11-year veteran of Sixth Street Market.

"I am very excited; I wanted to stay in meat processing. I wanted to bring what I know to the new store," she said.

Bratley said she intends to carry on the high standards that set Sixth Street apart.

"I told them that I won't deal with anything unless I think it is quality," she said. "That is one thing I take away from Sixth Street, quality is definitely number one."

Departing from Sixth Street, Taste of Wisconsin won't offer general groceries, other than some convenience items. Henderson will reserve shelf space for the Wisconsin-produced items and products from surrounding states that customers will only be able to find there.

"The whole idea is to bring in in items you are not going to find at the grocery store," he said. "For example, I will have a coffee section featuring coffees from all over Wisconsin. I want it to be an experience where you will see stuff that you have never seen before."

Also to be offered will be products from Up North Food Service such as large bags of chicken wings from Brakebush Brothers near Westfield, normally available only to restaurants, Henderson said.

The goal to open the store is mid-June.

"It will be a soft opening, with a grand opening in July, when we get the kinks worked out," he said.

When the seniors of the Class of 2020 started their final year of high school, they had no warning that their education would conclude not with reading, writing and 'rithmatic, but with a different set of three Rs: retreat, rumination and regret.

No doubt, these students deserved to celebrate surrounded by family, friends and classmates instead of beating a retreat to their homes, ruminating on an uncertain future and regretting the loss of graduation's pomp and circumstance.

But adults in the Chequamegon Bay region are rallying around Ashland, Washburn and Bayfield seniors, adopting them one-by-one via a Facegroup group to give them little pieces of joy in an otherwise bleak environment.

Melissa Martinez, a former Ashland school teacher who had taught many of the seniors when they were younger, created Adopt A High School Senior 2020 – Chequamegon Bay Edition to pair up grads with adults who then pledge to communicate with them and send little care packages costing less than $50.

Or maybe even a little bit on the quirky side.

Ashland Elementary School art teacher Joni Chapman was the first to jump in and adopted Daimyon Torres, a senior at Ashland School

"He was the first one up for adoption," Chapman said. "I was really psyched to take the plunge."

The 20-year veteran teacher said she has taught all of the kids in the Torres family, except for the one who's still rising through the grades, and Torres was the kind of student who made an impact on her memory.

"He was one of those kids who worked so hard," Chapman said.

After adopting Torres, Chapman sent him a treat from Gabriele's German Cookies — Cheetos-filled chocolates — a riff on "life is like a box of chocolates" in "Forrest Gump" parlance, according to Martinez.

And Chapman has more surprises up her sleeve to ensure that Torres knows he and his classmates are not forgotten. But mum's the word as for now they will remain just that: surprises, she said.

The Facebook group has grown to include plenty of adult members but more students are needed to put up for adoption. Martinez said her goal is to ensure every senior is paired.

All the students need to do to participate is post their pictures on Facebook and tell a little bit about themselves, such as their activities, interests and post-graduation plans.

Family friends or anyone who resonates with the seniors' backgrounds and interests usually jump right in and students are adopted within 24 hours.

Martinez encouraged joining the Facebook group, saying the students have gone through so much in a short amount of time because of schools closing and graduation plans stymied due to the pandemic.

"We want to do something for these kids that would give them their happy ending," she said.

When retired fisheries biologist Steve Schram of Washburn began writing his first children's book five years ago, he had no idea it would become the first in a trilogy of tales to entertain and teach youngsters about fish and the Great Lakes ecosystem.

"It took on a life of its own," Schram said of the series. "When I started writing, I thought the first chapter in the first book was the whole book. But then I kept having ideas and kept adding things. Then I had ideas for the second book, and now the third."

While the first book told stories revolving around Louis and Louise, an engaging brother-and-sister trout duo, this book features The Big Guy, a Lake Superior sturgeon, as the main character. The Big Guy leads the fish of the Great Lakes to undertake "the Great Lakes Challenge" — an initiative to try and save their underwater homes by eating invasive species that have a detrimental impact on their habitats.

Schram thought this message could best be told by a magnificent and wise sturgeon.

"Sturgeon are the oldest living fish in the Great Lakes, so I thought a sturgeon would be a good representative to spread the message of the Great Lakes challenge, as a sturgeon could give that message many times throughout its lifetime," he said. "Plus, people think sturgeon are cool."

Readers can travel along with The Big Guy through all five Great Lakes, looking at the beautiful full-color maps created by illustrator Kimberly VanDenBerg, who is responsible for the art for all three books.

And while readers see the Great Lakes through the perspective of fish, there are many of what Schram calls "teachable moments" spread throughout the story as The Big Guy tries to get a wide variety of fish species to work together for the common good.

Schram said ultimately, he hopes the books — aimed roughly at children in grades three to five — can help excite an interest in what happens in the Great Lakes and awake a sense of stewardship.

"I want children to understand the Great Lakes ecosystem through the eyes and voices of fish," he said. "But someday they will be the people making decisions about caring for the Great Lakes, and I hope those decisions will be made by people who come to love the lakes."