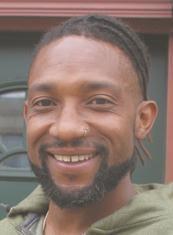 American Legion National Vice Commander Paul Espinoza places a wreath at the Vietnam Veterans memorial as a part of a previous Memorial Day Observance at the Wall in Washington, D.C.

American Legion and Veterans of Foreign Wars posts in Bayfield and Red Cliff will honor the men and women who died serving in the U.S. Armed Forces this Memorial Day weekend, but not in typical fashion.

Legion and VFW members will decorate graves and hold abbreviated commemorations, but several changes have been made in the interests of helping to prevent the spread of COVID-19.

"We weren't going to let it go by without doing something," he said.

Ten members or fewer are going to meet at the post Monday and carry rifles and a bugle to Red Cliff's Memorial Wayside to give a gun salute and play taps. This way the post can legally, conservatively and respectfully honor their fallen comrades, Long said.

If members of the public wish to watch, they are asked to stand at a distance and practice social distancing among themselves.

Members will place flags and poppies on veterans' graves on Saturday, Commander Larry Weber said. On Monday, small ceremonies will be held at 10 a.m. at Greenwood Cemetery and at 11 am. at Memorial Park in Bayfield.

There will be no speakers,

but Legionnaires will lay wreaths on the graves, give a rifle salute and play taps.

In Ashland County, a ceremony will take place at 11 a.m. at Maple Grove Cemetery in Marengo.

After welcoming remarks, the flag will be raised and wreaths placed upon graves. The names of 64 men and women veterans will be read while the memorial bell rings.

Social distancing will be enforced, but anyone who wants to watch more safely from home can follow Kathy Schutte's live broadcast on Facebook.

Ceremonies will not be held this year on Madeline Island or in Mellen and Washburn.

Willet-Hauser workers Joseph Martinez, left and David Crow have been cleaning old chinking material from window frames in preparation for the reinstallation of the stained Glass Windows at Ashland's United Presbyterian-Congregational Church.

The stained glass windows of Ashland's Presbyterian-Congregational Church are on their way back to the church where they have offered inspiration and beauty for 122 years.

The windows, which have spent the past year being rebuilt at the studios of Willet-Hauser/Associated Crafts of Winona, Minn., are due to be reinstalled beginning Monday.

The Rev. James Deters hopes the windows will continue to inspire for the next century.

"I feel it is a statement of faith," he said of the $150,000 project. "The repairs on these windows should last 100 or even 200 years because of the new techniques that they are using. So truly what the church is saying is that they intend to be serving the community for a very long time."

The two, crew chief Joseph Martinez of Winona, and apprentice David Crow of Eldorado Springs, Mo., have been busy removing century-old chinking that held the windows in place, to be replaced with new non-hardening bonding materials that will stay flexible for up to a century or more.

"The material they used back in the day to seal the wood frame of the window to the brick could be comprised of anything, including tree sap, sawdust and sand," Martinez said. Whatever the original artisans used, it had become hard and brittle after decades of exposure.

Martinez said the job has taken so long in part because of the painstaking process of rebuilding stained glass. Each piece of glass has been removed from the lead strips that hold the window together and individually numbered before being replaced like a giant jigsaw puzzle. The windows must exactly match the dimensions of he old window to ensure they will fit properly when reinstalled.

While the 32 windows have been gone, their places have been held by sheets of film on Plexiglas panes exactly matching the stained glass.

"But it's not the real thing; it doesn't shimmer and glow like the stained glass," Deters said.

Reinstallation of the windows is an exacting task, Martinez, a certified master carpenter, said.

"If you look at those windows, there are 14 separate panels in each window, six large panels, some of which are circular, and then there are six 'kites,' triangular or diamond-shaped panels, and there are two ventilator panels, a portion of the window that opens up to let air in."

Although the windows in he Presbyterian-Congregational Church are well over a century old, by the standards of the stained glass craft, they are still young, Martinez said. Some of the world's great churches have glass that is several hundred years old.

"The most exciting part of any project like this is finishing," Martinez said. "It's not just the fact that we are finishing a job. It is every single time we finish, every congregation is so grateful to us for having brought back to life something that is a vital part of their house of worship. It's not only a very specialized art, it is also a great privilege to do."

It may be a while before the congregation sees light streaming in through the glass. Because of COVID-19 restrictions, in-church services have been on hold for two months.

"It will be a nice surprise when we are all able to get together," Deters said.

A video of the process to date is available at the church's website at upcchurch.org. Follow the link at the bottom of the page to the church's YouTube channel.

Randy Erickson appears in court via video while he was jailed. He since has been released on a $500,000 cash bond.

A town of Bayfield man who had a years-long feud with his neighbor shot the neighbor May 8 after at least two confrontations that day, one involving police.

Randy Erickson, 62, was formally charged in Bayfield County Court Tuesday with first-degree intentional homicide. If convicted he faces a mandatory sentence of life in prison.

Erickson, owner of Bayfield's C&W Trucking, is accused of killing neighbor Michael Kinney after "a long history of tension and frustration between (Kinney), C&W Trucking employees, Randy Erickson and Randy Erickson's wife," according to court records.

That tension caused Erickson twice to file for restraining orders against Kinney, one of which remained in effect on the morning of May 8 when the Erickson family and Kinney had their first run-in of the day.

The feud between the two centered on C&W's trucks passing Kinney's home and Erickson having on more than one occasion intentionally parking his trucks to block Kinney's driveway so Kinney couldn't get home.

According to court records: Erickson on the morning of May 8 told police that Kinney had earlier that day jumped in front of a dump truck being driven by one of Erickson's employees.

It was a familiar complaint; Erickson had reported similar behavior in the past, including when he testified in 2018 while requesting the restraining order against Kinney.

Kinney "just keeps doing this s...," Erickson told police that morning, saying that he was "fed up with it." He also said he feared Kinney, who was in a nearby car as police interviewed Erickson, would eventually harm or kill one of his employees. Kinney then rolled down his window and called Erickson a liar.

"If he'd of got out of the car he'd be dead right now," Erickson told the officer interviewing him. "I would have pounded him right here."

Kinney that morning denied jumping in front of the dump truck and told an officer that Erickson's wife, Sue, had thrown a rock at him and hit his vehicle, which Erickson's wife later confirmed,

saying she was "beyond frustrated" with Kinney's behavior.

"I believe he needs help mentally, but in the meantime he is driving us crazy," she told an officer.

Court records don't spell out how that morning's confrontation was resolved. They next refer to Sue Erickson, who had been drinking, going to Kinney's home between 8:30 and 9 p.m. to talk to him. At some point during that discussion, Sue Erickson said, Kinney kicked her and knocked her to the ground, leaving her with cuts and bruises.

When Sue Erickson returned home, Randy Erickson learned of the incident and said, "I can't take this no more." He and his daughter then got in his truck to drive to Kinney's home, and the daughter phoned 911 as they were driving and told dispatchers to send police "because my dad is going to f...... kill him," records said.

Dispatchers then could hear a confrontation in the background, with Erickson yelling "put the f...... bat away" and Erickson's daughter warning him to back away and not do anything.

When police arrived, they found Kinney, with a shovel nearby but not within reach, dead in his driveway. He had been shot three times, in his armpit, leg and chest, and also had a broken nose and other blunt-force injuries.

The chest wound, in which a gun was held directly to Kinney's skin, was close-contact, "meaning Randy Erickson would have held the gun directly to the side of the chest of the victim and then fired," records said.

Erickson later admitted to police that he had confronted Kinney and challenged him to fight. When Kinney approached him armed with a shovel, Erickson said, he pulled his pistol and fired it in the air. He told Kinney that if he continued to approach, he would shoot him and Kinney said, "Oh, I'm not afraid of you" and hit Erickson with the shovel.

Erickson then shot Kinney and both men fell to the ground and continued fighting.

Erickson's daughter later told police that she had had five drinks earlier in the night and that she tried to "get between" her father and Kinney to prevent the confrontation but was unable.

Erickson was arrested at the scene, where police found seven 9mm shell casings and found that Erickson had broken fingers and bruises on his face.

Since being jailed, Erickson has said on jail phone calls, "No one's going to hurt my kids and my wife, no one," records said. "I'm not going to put up with anyone who beats my wife, that's all...Your mom came home beat up and I just couldn't stand that...I wouldn't change it, not after beating my wife. That pushed my button."

Erickson is free on a $500,000 cash bond. His next court appearance is scheduled for June 9.